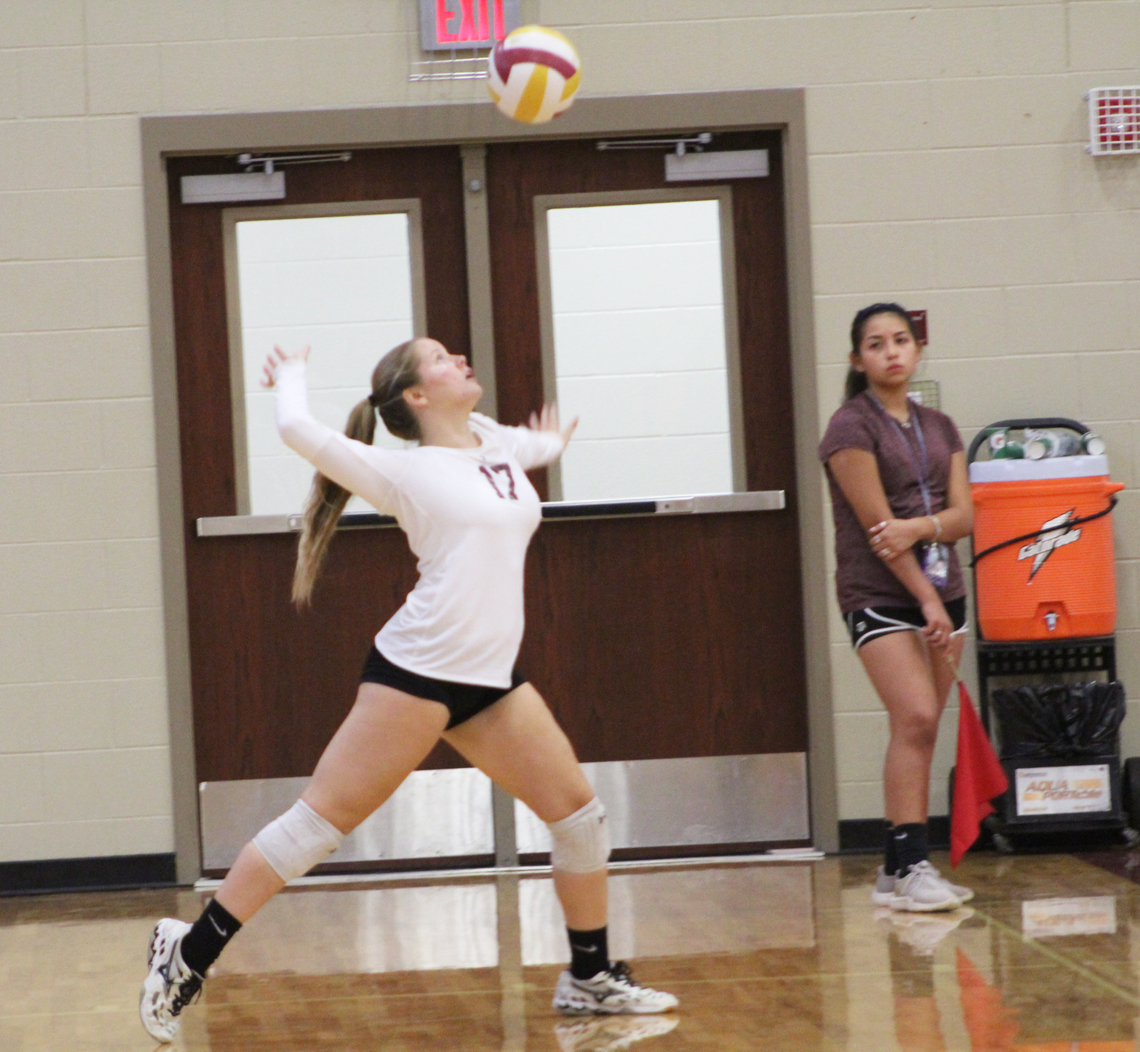 The freshmen volleyball girls played against Uvalde on Tuesday, Aug. 15 and won in two games, 25-7 and 25-12.
“The girls are becoming more comfortable in their positions,” Coach Kim Lane said. “It has paid off against Uvalde both during their tournament and the game on Tuesday.”
On the offense, Allyson Taylor and Laurel Spannagel led with 3 kills each, Madison Pike had 2 kills, and Brandi DuBose had 1 kill. Taylor, Spannagel, and DuBose also put up several aces each.
Defensively, Pike scored a block.
“Every week the girls are improving on small details,” Coach Lane said. “Our goal for next week is to better our communication.”
By Abby Kohlleppel
Staff Writer