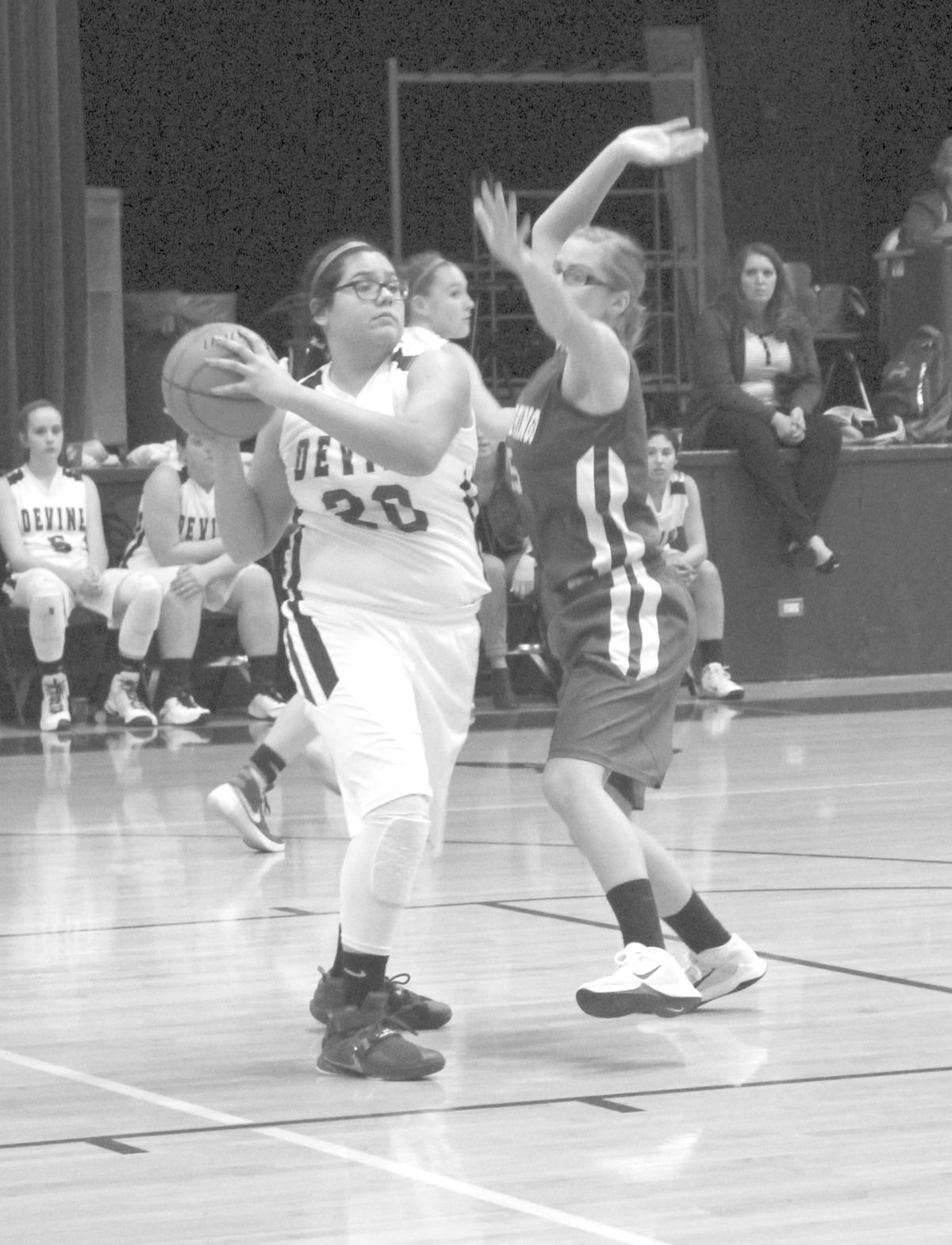 The freshman Arabians wrapped up their 2016-2017 basketball campaign with a loss to the visiting Pearsall Mavericks by the final score of 33 to 16. It was a bad ending to what was a successful season that had the Arabians finishing with a 10 and 5 overall record including a 3 and 3 district mark.
Coach Khera Vay, “This game did not go as expected. The girls had a difficult time getting started on offense and defense. We finally got rolling late in the second quarter to get the score closer but we had a letdown after halftime that continued through the end of the fourth. I’m not upset by any means about the record/loss of this game or any others. I feel this group learned a lot about the game of basketball. Once they get more experience at the JV/Varsity level they will be great basketball players. I believe the girls will be motivated to work hard on their fundamentals over the summer to be ready to play at a higher level next year. More importantly, I felt this team came together as a family over the season as they spent a lot of time eating my fruit, writing notes, and doing homework waiting for practice to start back up.”
“They were an awesome group of ‘coachable’ kids. They learned to work together, to be there for each other in difficult times (injuries and family problems), they learned to laugh at each other but more importantly to laugh at themselves. From bowling to mistaking the analogies given on defense. They learned that the score at the end of a game is not nearly as important as the lessons they learned throughout it, from fouling at the end to making a last minute shot,” continued Vay.
Vay finished up by saying, “On Friday it was extremely hard to say goodbye. They are such hard workers but more importantly good people. They taught me more about myself and coaching diverse groups in one short season then I have learned in my previous 5 years coaching. Each of the girls on the team brought something special to the table and I am very grateful that I had the opportunity to work with each of them.”
Scoring: Kelsey Arche-4, Destiny Moralez-4, Janaee Wofford-2, Sydnie Harrell-2, Jasmine Pompa-2. Other members of this year’s team were Allyson Long, Gabby Rodriguez, Kaylee Howard, and Clarissa Ybanez.