15 Texas refineries have shut down or reduced capacity, but Sitton says there is not a U.S. gas shortage… 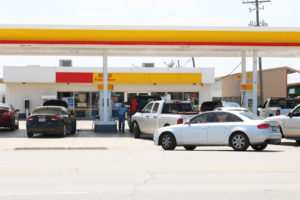 People are racing to get to the pumps in Devine, Castroville, Lytle and Natalia, and many stations are out of gas due to increased number of people buying gas, “and trying to get their hands on every gallon they can.”   Every pump was full as people waited in line at 3:30 in Devine.  However, Texas Railroad Commissioner Ryan Sitton has spoken out, assuring Texans that there isn’t a gas shortage in the US….

“There is not a gasoline shortage in the United States. There is a logistics issue,” he said. “In the US today, there 230 million barrels of gasoline in inventory…in storage.”

The 15 refineries that are either down or at reduced capacity, has reduced the amount of gasoline production by only  2 million barrels of gasoline a day, according to Commissioner Sitton.

“The big issue is people trying to get their hands on every gallon they can…..Even if all the refineries were running right now, we’d still be having this issue,” due to the rush of people buying gas.”

“In my neighborhood 1/3 of the houses were flooded and it was hard to get out. There might be some gas stations down there that trucks can’t get to to refuel, so there might be pockets where there are gasoline shortages,” Sitton said. “Your neighborhood gas station may take a few days because they happen to be part of a supply network that’s really over-stripped…..but if I’m willing to drive 3 or 4 miles I can find some gasoline…..As a region, there may be pockets that take a few days, but this is not going to be a long term issue.”

“Every gas station in Texas is refilled by a truck on regular intervals….  For example, if a gas station usually gets 100,000 gallons every 10 days, then that’s the schedule they are on….So, if ten times as many people go to a gas station today, then the next scheduled truck would have been in ten days.”

“We are working to assure we have gas for our emergency services,” Devine PD Chris Andrews said.

In Natalia, there is still gas at Love’s but they are out of diesel.

Castroville has several stations out of gas, but still has a couple left. According to Castroville PD,  it’s a mad house at the pumps, as people wait in line.

An employee at a local gas station in Devine stated it could be a week before more fuel arrives, but we have yet to confirm a time frame with other sources.

According to Lytle, the HEB C-store has some gas left, but “it’s going fast,” a store employee commented at 4:15 pm this Thursday.

Hurricane Harvey has forced some of the largest refineries in the country to shut down, resulting in reduced fuel-making capacity. This Wednesday, the largest oil refinery closed in Port Arthur in response to increasing flooding conditions, and said it won’t re-open until flood waters recede.

Texas: 287,125 customers 7:30 AM power outages (2.4% of total customers)
AEP Texas is the most significantly impacted utility o AEP estimates 95% of outages in Corpus Christi area will be restored by late Wednesday and expects 95% of outages restored for most other areas by Saturday
CenterPoint Energy is taking steps to prevent long term damage to some of its electric infrastructure in flooded areas, resulting in some potential planned outages and is operating three staging sites around Houston to mobilize restoration crews. They have 170 additional mutual assistance crews aiding restoration efforts.
Restoration in severely damaged or flooded areas will be delayed and utilities are reminding customers that before electricity can be restored to homes or business impacted by flooding, customers need to have electrical equipment inspected.
Louisiana: 11,781 customer power outages (<1% of total customers)
Oil and Natural Gas Sector Impacts (as of 7:30 AM EDT)

Six refineries in the Corpus Christi area, seven in the Houston/Galveston area, and two in the Beaumont/Port Arthur area are shut down. Five refineries in Gulf Coast region are operating at reduced rates
DOE remains in close contact with oil and gas operators, industry representatives, and the Energy Information Administration to assess potential impacts at a regional and national level
Emergency exchange authorized

According to Texas Food and Fuel Association, The U.S. Department of Energy has released a public statement regarding Petroleum Reserve draw-down authorization:
​
“In response to the impacts from Hurricane Harvey, the U.S. Secretary of Energy has authorized the Strategic Petroleum Reserve (SPR) to negotiate and execute an emergency exchange agreement with the Phillips 66 Lake Charles Refinery. This decision will authorize 200,000 barrels of sweet crude oil and 300,000 barrels of sour crude oil to be drawn down from SPR’s West Hackberry site and delivered via pipeline to the Phillips 66 refinery.  The Department will continue to provide assistance as deemed necessary, and will continue to review incoming requests for SPR crude oil. Should the Secretary decide to approve additional requests for an emergency exchange of crude oil from the SPR, the public will be notified.” 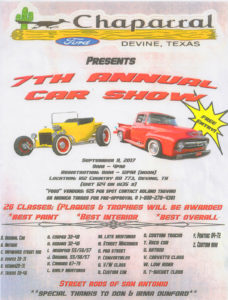 Above, is an interview with Nuggie DuBose in Devine as he filled up.