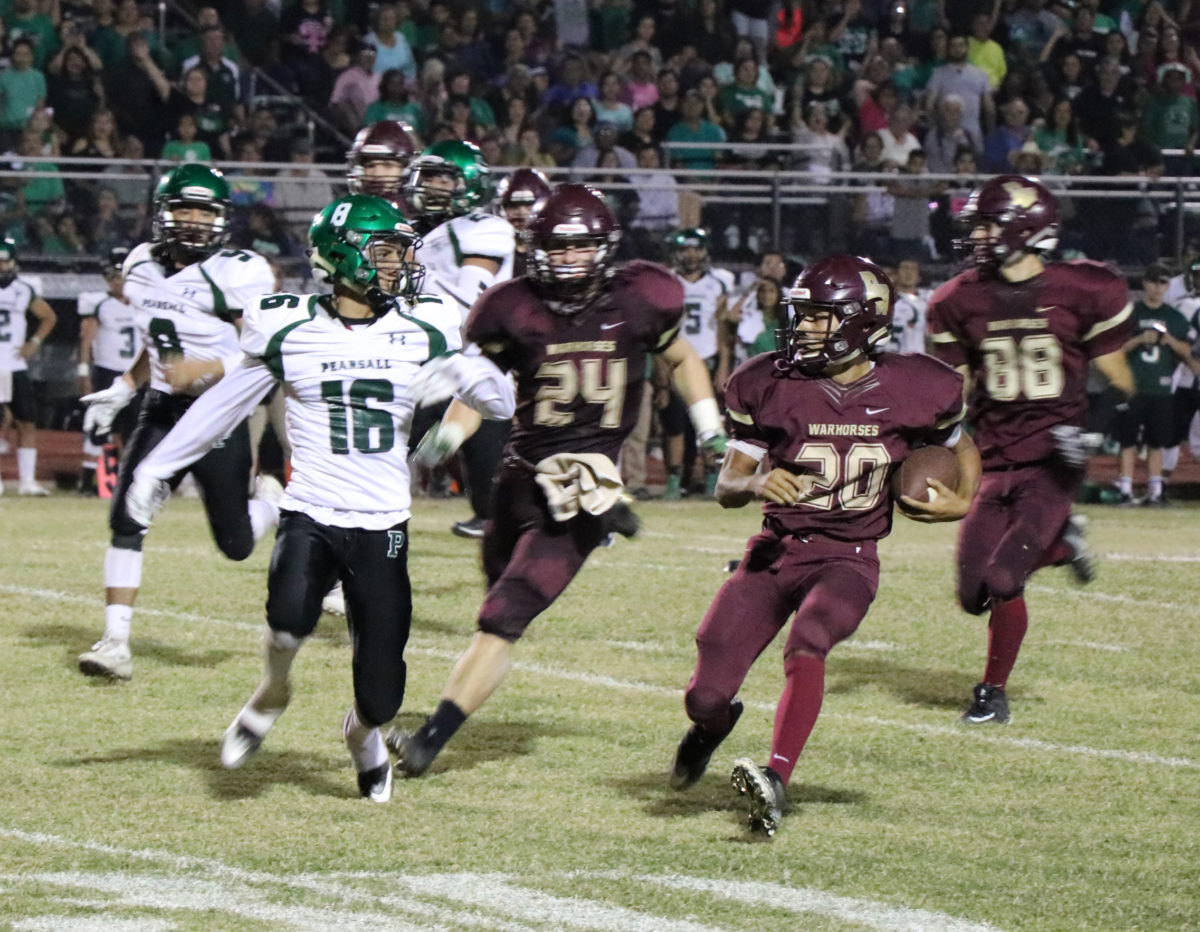 Securing second place in District 14-4A is paramount to the possibility of the Devine Warhorses having a realistic chance of earning a Bi-District championship in the first round of the state playoffs next week. With Pearsall claiming the outright championship with its 29-9 victory over the Warhorses last Friday night, the Mavericks have guaranteed themselves a winnable first round matchup with Hondo from District 13-4A.
The Warhorses travel to Crystal City Friday night needing a victory to wrap up 14-4A second place. Whoever comes out victorious in this matchup will face a 5-5 Llano team that is also capable of being beaten in the first round. The Yellowjackets are open this week after closing out their district season at 2-2 with a 45-20 win over Bandera November 3rd to claim third place. The Devine/Crystal City loser will play 8-1 Navarro who will finish in second place to district champion Wimberley, who is also 8-1 on the season.
Head Coach Paul Gomez’s assessment of the showdown in Crystal City, “We are excited about the opportunity that is in front of us. It is going to take everybody on this team to raise their level of play and to be ready mentally and physically for this game. They will have a very large crowd and it will be loud. Another playoff atmosphere like what we just experienced against Pearsall.
Crystal City is a very good football team. Their team speed made them early favorites to win our district until they lost to Pearsall in overtime. Their running backs are very talented. Austin Sanchez and David Patino are a great tandem at the tailback position. Their quarterback does a great job of running their offense. They have good receivers and a good offensive line which makes them another tough challenge for our team.
Defensively, Crystal City has good athletes on the field and they play aggressively. They and Pearsall have the toughest defenses that we will have faced in our district so it will be a great challenge for us offensively. Our kids will be ready to go. If I know one thing, it is that our boys will not quit. They will rebound from last week’s loss and play hard by leaving everything they have out on the field. A win creates a great opportunity for us to go into the playoffs with some momentum.”
Crystal City has achieved its 3-1 district record by defeating Carrizo Springs (39-13), Poteet (24-6), and Lytle (42-6). Their only loss occurred in overtime against Pearsall (21-18).
Kickoff is set for 7:30pm at Javelina Stadium.
By Jerel Beaty
Staff Writer