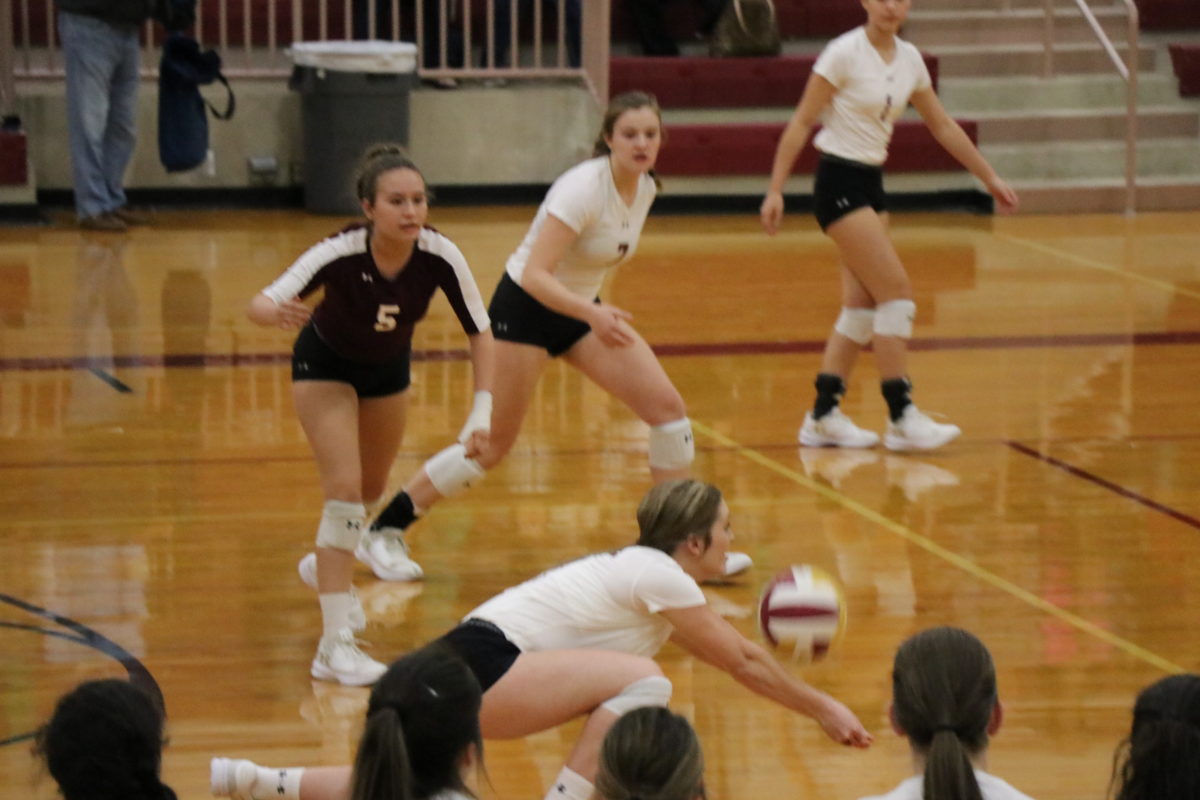 The Varsity Arabians defeated Rockport-Fulton to claim the Area title. They won in 3 games; 25-18, 25-14, and 25-14.
“The girls came out with great intensity and focus tonight and really controlled the game from the beginning,” Coach Leigh Anne McIver said.
Offensively, the Arabians had 3 aces made by Sydney Rendon, Makenna Morales, and Amanda Richardson. They also scored 44 kills, led by Sierra Pompa with 18. Also contributing were Addie Trojanowski with 13, Alissa Stehle and Chesney Friesenhahn each with 6, and Caimee Fowler with 1. Trojanowski led the assists with 26, as well as Rendon with 11, Morales with 3, and Richardson with 1 for a total of 41.
Defensively, there were 4 blocks made by Friesenhahn with 2, and Stehle and Trojanowski each with 1. They had 56 digs; Morales 26, Richardson 10, Friesenhahn 8, Trojanowski 5, Rendon 4, Stehle 2, and Pompa 1.
“We moved much better on defense tonight and were very aggressive at the net,” Coach McIver said. “Overall this was a much better performance than our bi-district game.”
The Arabians are 33-8 on the season. As of now the Arabians have offensively scored 237 aces, 1,292 kills and 1,179 assists. Defensively they have scored 103 blocks and 2,252 digs.
The Arabians will play Pleasanton at Southwest High School on press night for the Regional Quarter Finals. The Arabians were able to defeat Pleasanton in the pre-season this past August, and also during their home tournament this year.
By Abby Kohlleppel
Staff Writer