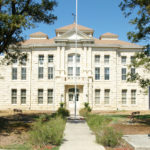 County Roads 271 and 2615, both in Precinct #1 will be undergoing some changes concerning speed and what types of vehicles are allowed. County Road 271 is slated for a speed reduction 500 feet in both directions in front of the Mico Volunteer Fire Department. On CR 2615, Commercial size vehicles will not be allowed on the portion of road between FM 471 and CR 271.
A speed reduction is also planned for County Road 5216 in Precinct #3.
All of the above changes will have to be advertised and then a public hearing hosted during a Commissioner’s Court meeting. The changes will then be voted on.
Private Road
Private Road 7709 has been added to the official 9-1-1 mapping system. The road is located in Pct. #4 off of CR 7710 going north between Highway 173 and CR 779.
Alley
A 20-foot alley between CR 5214 and CR 5220 will be appraised and then advertised for bids to sell.
Bids
In Precinct 1 one bid was received and accepted for a Boom Shredder; although, the advertisement was for a tractor and shredder. The item will go back on the agenda to be re-advertised. Three bids were received and accepted for a front loader tractor with shredder attachments. The bid was awarded to Lonestar Kawasaki with a price of $81,221.10.
In Precinct 3, three bids were received and accepted for a one-ton truck. All bids were rejected and the bid will be re-advertised. One bid was received and awarded for a ¾ ton truck. The bid was awarded to Marc Dalmolin Motors, LLP out of San Antonio for the price of $13,229.17.
ESD #4
Commissioners accepted the annual financial report for Emergency Service No. 4 for the year ended September 30, 2016. The report stated the total revenue at $360,424 and total expenditures at $336,475.
Devine Food Pantry
A prorated refund will be returned to the Devine Food Pantry as soon as the entity has moved out of the recently sold County Building. A fee of $240 per year was being paid to utilize the building. The Pantry has until March 30th to vacate the building.
ESD Member
Mark Blythe was reappointed to the Emergency Service District #6 for a term ending on December 31, 2018.