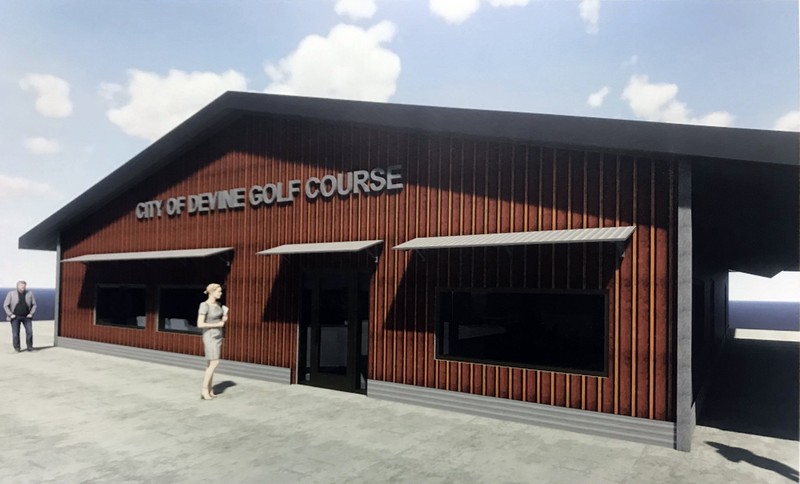 Upgrades are coming to the Devine Municipal Golf Course clubhouse after City Council approved remodeling plans presented by architect Lyndsay Thorn at a Special meeting last Tuesday, Jan. 8.
Council capped the plans, which include interior and exterior renovation, at $350,000, though Council can vote to increase that figure at a later date if necessary.
That number does not include interior and exterior clubhouse furniture, leveling and paving the parking lot, or repairing exterior signage. Thorn estimated that the addition of those projects would increase the cost of the proposal to between $505,000 and $515,000.
Funding for the ongoing golf course work comes from the City’s general fund. 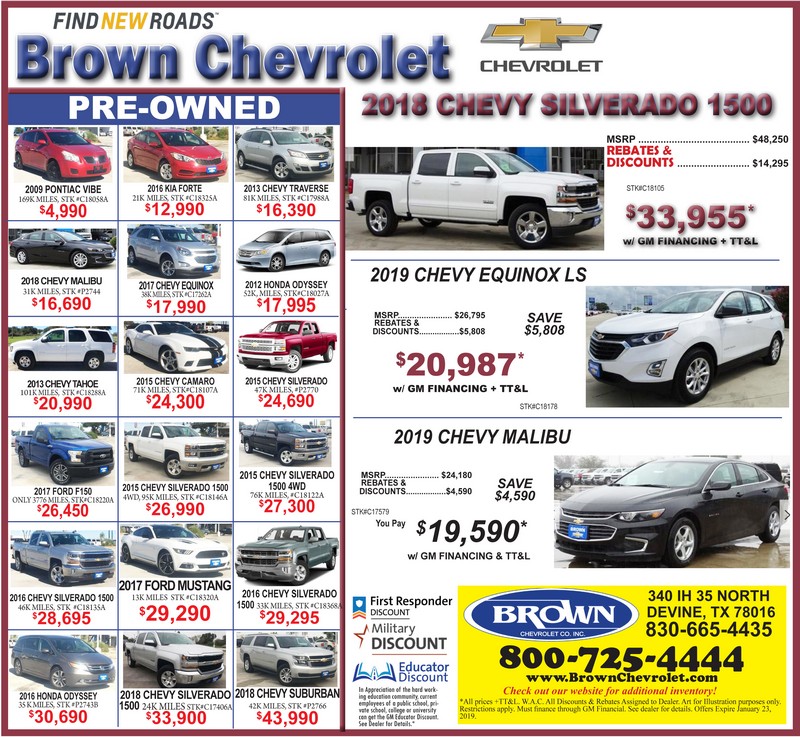 Thorn, the principal architect with Thorn Graves, said the goal of the renovations was to bring a more country feel to the clubhouse, “and make it just a bit more welcoming than the concrete box.”
Plans call for COR-TEN steel, a weathering steel that naturally develops a rust-like patina through exposure to the elements, to be affixed to three sides of the cinderblock clubhouse. The roof’s large overhang will be scaled back to bring it into proportion with the rest of the building, and zinc-formed steel awnings and an apron will be added.
“We’re trying to make it as maintenance-free as possible for your departments to deal with,” Thorn said. “That’s the aesthetic on the exterior. It’s simple, it’s clean, and I think it goes very well with where we are in the world down here.”
Inside, plans are to create three distinct areas – a golfers’ lounge with pro shop, a dining area, and a meeting room.
The golfers’ area will feature wall-mounted televisions and a lounge area, while the restaurant and meeting areas will both have tables and chairs. The restaurant will also have an L-shaped poured-concrete bar just off the kitchen.
Thorn plans to blow out the interior walls and install steel headers on the ceiling. Rolling barn doors will be attached to the headers, which can be pushed aside to create an open floor plan inside the building, or slid closed to separate the areas so multiple events can be held at the same time.
The clubhouse will remain operational while renovations are underway, which Thorn estimated would take around six months, though the goal is to be finished in time for a tournament in May.

“What is the plan?” District 5 Councilman Cory Thompson asked. “Just because we build a nice building doesn’t mean that all of a sudden [golfers] are going to show up.”
Golf course Superintendent Ruben Chapa said that much of the money to be made will come through tournaments.
Interim City Administrator Dora Rodriguez agreed, saying in an interview after the meeting that Chapa was working on scheduling tournaments to be held throughout the year, and that those tournaments and the restaurant will be the City’s big money-makers.
District 3 Councilman David Espinosa made a motion to approve Thorn’s plan, and asked the other Council members if they wanted to cap the dollar amount.
“I’m going to be hated,” Thompson said. “I don’t want to be hated. I will not approve $550,000 until we have a plan that I can say, ‘look, everybody, yes we just approved $550,000, but here’s our 12-month plan, our 24-month plan where we can be revenue neutral.”
“I don’t want to be hated that much unless I have that plan, so do whatever you want.”
Mayor Bill Herring explained that the renovation was part of a plan for the golf course.
“The first part was to get the golf course back where it would be attractive,” Herring said. “The second part is to develop this so it will be multi-purpose, so we’re moving in the right direction.”
Thompson pointed out that the furniture and parking lot would have to be addressed at some point, and that the course needed to be advertised to draw in players from out of town.
“We’re still going to have to have it,” Thompson said. “The only difference is in the paper it’s going to say $300,000 this time, and next time we’ll move on to catch the furniture and the other. What people are going to see, they’re only going to see this one, the other is going to be slid in, but we’re still going to end up spending the same amount of money overall.”
District 4 Councilwoman Jennifer Schott emphasized the need to develop a business plan, but that she felt that businesses in Devine fail in part because they come in halfway and don’t set high expectations.
“At this point we have the golf course, and I’m all for doing it right,” Schott said.
City Treasurer Denise Duffy pointed out that based on the wording of the agenda item, all Council could do was approve the interior and exterior renovation.
“We may still be at the $500,000, but at least we’re starting,” Duffy said. “It’s not the great big budget plan that we need, but it’s a starting point.”
Espinosa’s motion to approve Thorn’s proposal for the clubhouse’s interior and exterior renovation and cap the work at $350,000 was seconded by District 2 Councilman Steve Lopez. The motion passed 3-1, with Schott voting for the measure and Thompson voting nay.
District 1 Councilman David Valdez was absent.
Creating a business plan for the golf course was on the agenda of the Regular meeting set for press day on Tuesday, Jan. 15.
By Marly Davis
Staff Writer 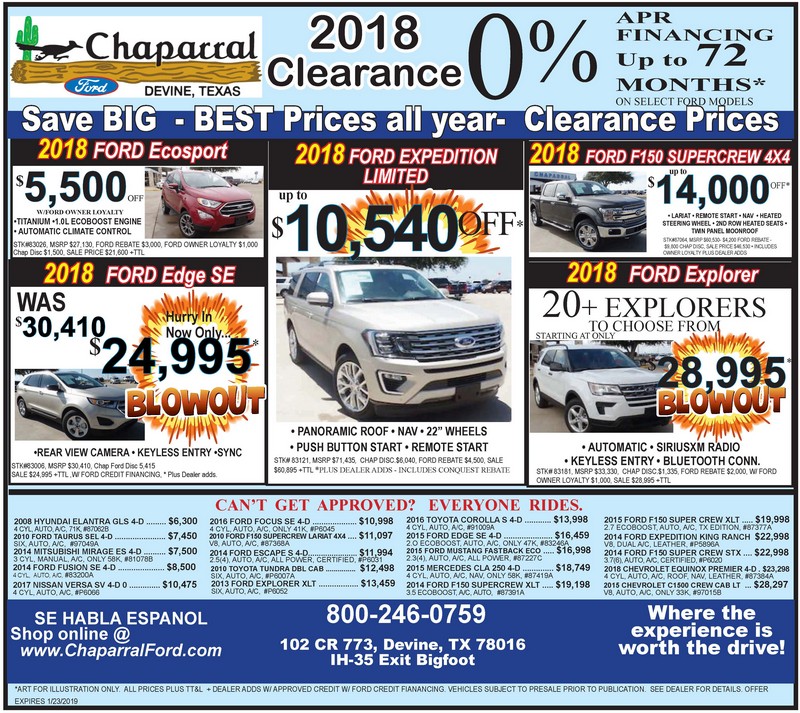