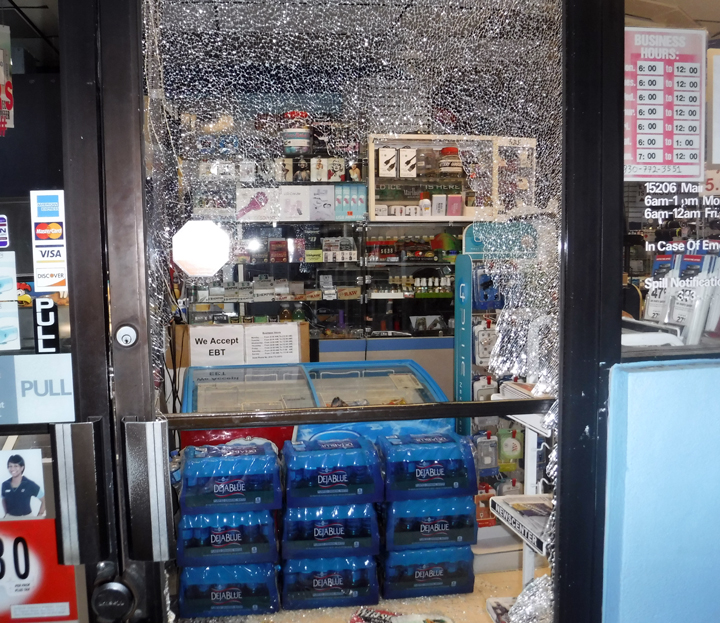 Two suspects busted through the glass doors of the Star Food Mart in Lytle this past Saturday morning around 4:55 am.

The store is located on Main Street. Approximately $1500-$2000 worth of cigarettes were stolen in this burglary according to Lytle PD.
“Once inside, they went straight to the loose packs of cigarettes and loaded up,” said Lytle Police Chief Richey Priest. “The officer was alerted because of an alarm, but by the time he got there our crooks were gone.”
Just a few weeks ago, a similar crime occurred when suspects busted through the glass doors of Super Mart in Devine this January, stealing cartons of cigarettes and some cash.
According to the Hondo Anvil Herald, the Country Mart store in D’Hanis was also burglarized recently on February 12. Again, cigarettes were among the items stolen in that case.
That makes three burglaries of stores in our local area in the past two months.