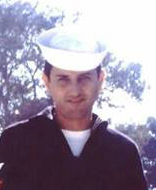 Charles Joseph Adamek passed away Tuesday, June 12 after a valiant 8-year battle with cancer. He was born in Austin on February 17, 1945, to Lillie & Charley (saddlemaker).
The Adameks settled in Kerrville to ranch and own and operate a saddle shop. Charles attended Notre Dame Catholic School later graduating from Tivy High School. He began college at Shriner and worked for Mooney Aircraft, but the Vietnam war effort called so he enlisted with the Navy and was made engineman on the USS Vigor, working on its complicated Packard engines (USS Vigor was a minesweeper testing equipment in the Gulf). Charles’ work caught the attention of the executive officer who asked if he would consider going to the Naval Academy, but Charles declined with thoughts of a family, as he had recently married Mary Ann (Stinker) Constanzo (April 27, 1968).
Upon leaving the Navy, Charles enrolled in A&M’s mechanical engineering program. Mary Ann gave birth to Charles Jr. 2 years later. After completing his degree, the young family returned to Constanzo Farm, Atascosa TX. Charles started his first engineering job in San Antonio. Four and a half years later they were blessed by a second son, Michael.
Charles built their family home just ½ a mile from Mary Ann’s family farm. Charles had a successful career in engineering designing the mechanical systems for many iconic buildings in San Antonio, including the renovation of the Majestic Theater. He was also superintendent at Total Energy Plant which supplied power, heat & A/C to Wilford Hall.
Charles eventually grew tired of the daily commute and became self-employed, designing and servicing HVAC systems. He also built and operated The Fishing Bonanza, a catfish pond. For nearly five decades Charles was an important resource to Constanzo Farm, working on projects alongside his son Michael, Stinker and farm partner Brad.
Never one to stay idle or rest, even while he was undergoing cancer treatment, he logged hundreds of hours running a bulldozer to clear new land. Charles helped both his sons and wives plan and build their dream homes. The boys’ favorite project with dad was the restoring of the “Go Texan”, their 1965 Hatteras Sportfisher.
Charles is survived by Mary Ann, wife of 50 years, son Charles Jr. (wife Erinn), son Michael (wife Kristen), grandchildren Anson, Gianna, Gillian and Ainsley (Joey), sister Mary Elaine Jones (husband David) and brother James.
The family would like to thank Dr. Vijay Gunuganti, hospice nurse Cindy and Chaplain Doug. A very special thanks to Cindy, he admired her dearly.
Visitation was Tuesday, June 19 starting at 5:30 pm at Our Lady Queen of Heaven Catholic Church, with the Holy Rosary recited at 7:00 pm. Mass of the Resurrection was Wednesday, June 20 at 10:00 am at Our Lady Queen of Heaven Catholic Church. Interment followed at Our Lady Queen of Heaven Catholic Cemetery.
Memorials may be made in Charles’ memory to Our Lady Queen of Heaven Catholic Church or the charity of your choice.
Arrangements by Tondre-Guinn Funeral Home.