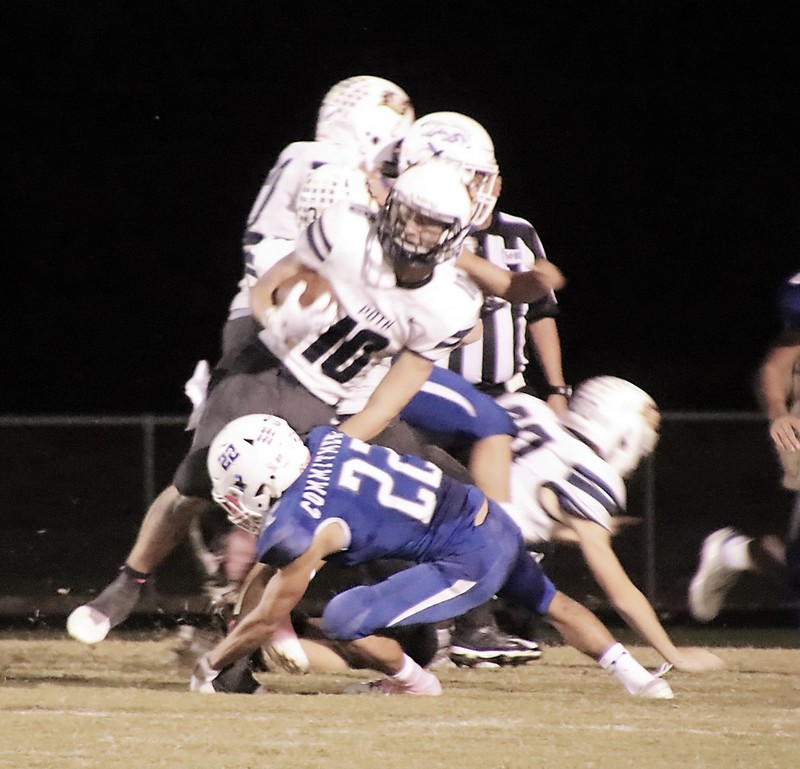 This coming Friday it will be a classic battle of the Mustangs, as Natalia (3-5, 0-3) stampedes into Nixon (0-8, 0-3) to battle the Nixon-Smiley Mustangs. Just like we talked about two weeks ago with Dilley, don’t allow the winless record to fool you. Aside from the opponent on the other side of the field, the main thing this week is for Natalia to work on Natalia and all else should work out in its favor.
“Nixon is a young team and they are getting better each week,” Coach Ilyan Martinez said. “I expect them to be prepared and to play their best game against us.”
Nixon-Smiley is under a new head coach as long time veteran Carlton McKinney stepped down from football, but remains the Athletic Director and Head boys basketball coach at a town he calls home.
“Offensively, they are a spread team and they are young and trying to find their identity,” Martinez said. “I know they have their backs against the wall and will play with a nothing to lose attitude. They are gaining a little more confidence each week and are playing well.”
Nixon-Smiley is coming off a tough 19-6 road loss at Skidmore-Tynan and is also coming off 15-3A (Div. II) losses to Poth (68-0) and to Stockdale (23-12).
“Defensively, they use an odd front defense and play a lot of man to man coverage,” Martinez said. “They load the box to try and take away your strengths.”
Natalia should have more athletes on the field in every position and holding onto the football and finishing drives will be key. Because Nixon is winless, it will be key that Natalia come out, pop them in the mouth and take control in hopes of shooting down any hopes.
“We need to stay true to our process and continue to work,” Martinez said. “I know we have the right people in place to make it happen and we will not stop working until we get there. We know we have a lot to work on and we are excited to get back after it this week.”
Natalia and Nixon-Smiley will kick-off Friday night at 7:30 p.m. in Nixon. Natalia must win the final two games, in order to secure a playoff spot.
By Eric Smith