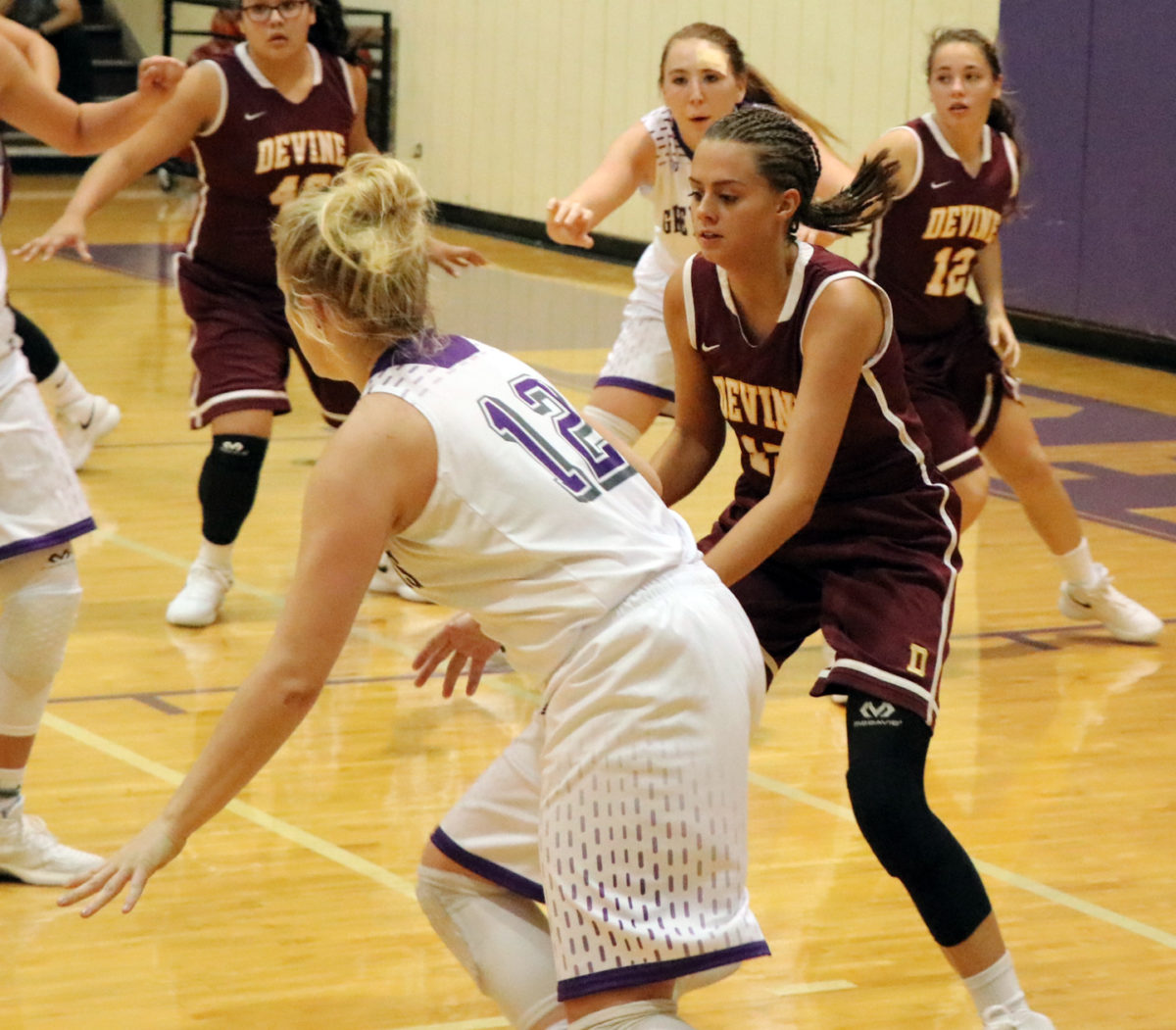 With a young varsity team, Coach Jim Sessions opened the season against Boerne on November 6th and facing a tough defensive pressure, the Arabians lost 22-44. Despite the loss the Arabians had some impressive stats against Boerne. With a team free throw percentage over 70% and 28 defensive rebounds, the Arabians have the foundation blocks to build on. Using this game as a starting point, Coach Sessions knows that with hard work and practice, his team will be more prepared to face future teams. Putting up points on the board were Preslee Quisenberry with 5 point and 4 steals, Abbie Whitaker with 11 points, Clarissa Zamora with 4 points, Maddie Mata 2 points, 3 rebounds and 3 steals, Kayla Wofford with 2 rebounds and Lily Stricker with 3 rebounds
Facing Navarro on November 11th, Coach Sessions was impressed with the improvement his team made. “We got off to a much better start in the game vs Navarro. We made smarter decisions early, and we were able to get into our offensive sets a little better than we did in the previous game against Boerne,” stated Coach Sessions. The Arabians held their own the first half trailing by only 1 at the start of the 3rd quarter but the young team could not hold up against Navarro’s press. The Arabians field goal percentage increased by 8% overall. Stricker had 8 points and 7 rebounds, Quisenberry 6 points and 4 rebounds, Mata 5 points, Whitaker had 4 rebounds, and Wofford had 1 point, 1 rebound and 1 steal.
Despite the 29-52 loss, Coach Sessions is pleased with the improvement they made. “More positive plays were made in this game, and improvement was shown from the Boerne game. We do some good things, we just have to start stringing them together.”
The Varsity Arabians head to the Cole tournament November 16-18. They play in the main gym on Thursday at 1:30 pm against Knippa and again at 4:30 pm against Edison. On Friday they play in the Moseley gym against Cole at 12:30 pm and Harlan at 5:00 pm. Pool play games will be held Saturday from 9 am to 12 noon.
By Dicy Chambers
Sports Writer