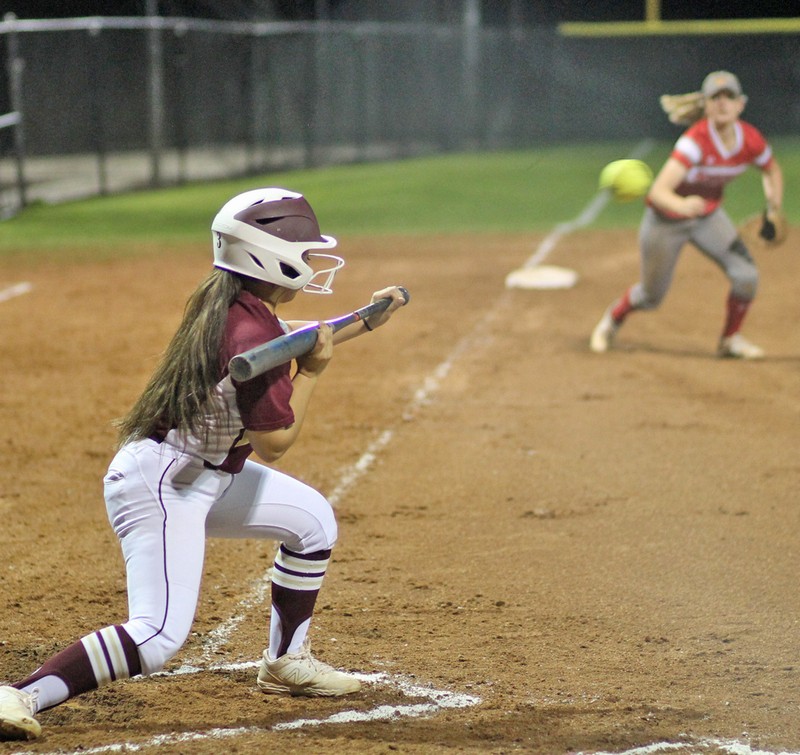 The Arabians had a rough night last Tuesday when they faced Bandera and lost 4-14. “It seemed like everything just fell in Bandera’s favor. Our hard hit balls found their players, where as their hit balls found holes in shallow outfield. They had a few hard hits, but a majority of their hits came from little Texas leaguers just over the in-fielder’s glove. A couple of hit batters, walks, and communication mix-ups kept feeding their momentum and we could never fully gain ours. We are in a slump right now, but I have a feeling that we are about to get out of it and just in time for district play next Tuesday as we open up with the Hondo Owls. Go Arabians!” said Coach Juan Gonzalez.
Arabian scoring plays: Bottom of the third, with one out and two on, Julie Ortiz hit ground ball double allowing Mackenzie Schneider to score. Bottom of the fourth, line-up change brought Jenae Wofford in for Halle Hagdorn and Wofford stole third while Schneider doubles. Up next was Megan Runyan who hit a double and brought home Wofford and Schneider. Bottom of the fifth, after hitting a double Kendall Arche made it to third when Jessie Ramirez ground out and then Arche crossed home after Isabella Gutierrez hit a double to center field.
Ortiz 1 hit, 1 RBI. Arche 1 run, 2 hits. Gutierrez 1 hit, 1 RBI. Hagdorn 1 hit. Wofford 1 run. Schneider 2 runs, 2 hits. Runyan 2 hits, 2 RBIs. Pitchers Gutierrez threw 42 strikes in 80 pitches and McClellen threw 37 strikes in 53 pitches.
By Dicy Chambers
Sports Writer