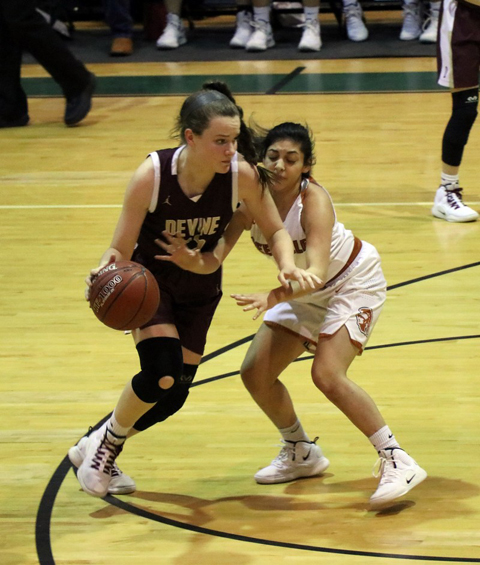 It was a heartbreaking loss to Beeville Jones on Friday to end the Arabians play-off run at Area. In the 42-45 loss, the Arabians made an impressive showing of sportsmanship and determination despite being behind the entire game. Coach Jim Sessions has lead this talented team to a great ending to a remarkable season that everyone is proud of! 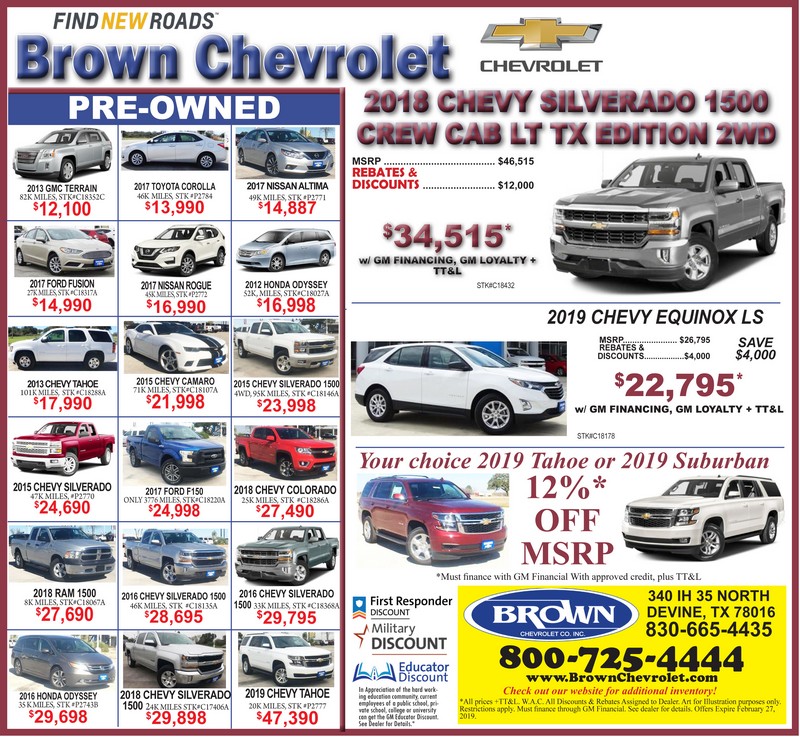 The first quarter started off slow for the Arabians with a 3-12 ending but they gained confidence and figured out how to stop a tall post player after making a few baskets of their own. Devine ended the half 15-19 outscoring Beeville 12-5.
The game got more interesting after the Lady Trojans’ tall post fouled out after a technical foul for unsportsmanlike conduct. She was upset over a foul called and the referee did not like her reaction to the call. She had played every minute of the game until she was fouled out. Beeville had a hard time adjusting to playing without her and Devine took advantage of that. They kept the game within 4 points at the end of the third. The last four minutes of the fourth quarter were aggressive and showed both teams determination to win. Devine could get within one point of Beeville, but were unable to gain the lead. Beeville won the fight 45-42.
“I thought we played really hard, and gave great effort, but struggled to score during the game. Beeville did a good job defensively, and then got hot from deep on offense – making 8 3s – and that ended up being the difference in the game. We did a great job of coming back at the end of the game, but just came up a few points short. It was a tough loss, but it takes nothing away from the great season that we had this year.
In all, I was very pleased with the season that we put together this year. The girls did a great job of playing together all season and playing for each other. They practiced hard and got after it during the games. We got better every game in a fun, successful season. We won 28 games, 2 tournament titles, a District Championship, and a Bi-District Championship. We had a great group of seniors who led us all season and those players will be greatly missed next season,” said Coach Sessions.
Alissa Stehle had 2 points with 3 assists. Sierra Pompa 2 points, 4 rebounds, and 1 assist. Macey Hein 8 points, 2 rebounds, 2 steals, and 1 block. Preslee Quisenberry 10 points, 1 rebound, 2 assists. Megan Runyan 12 points and 9 rebounds. Clarissa Zamora 8 points and 4 rebounds. Maddie Mata 2 rebounds.
Bellville Jones moved on to face Orange Grove last night. Crystal City beat Hidalgo 56-53 and played La Vernia for Regional Quarterfinals.
By Dicy Chambers
Sports Writer