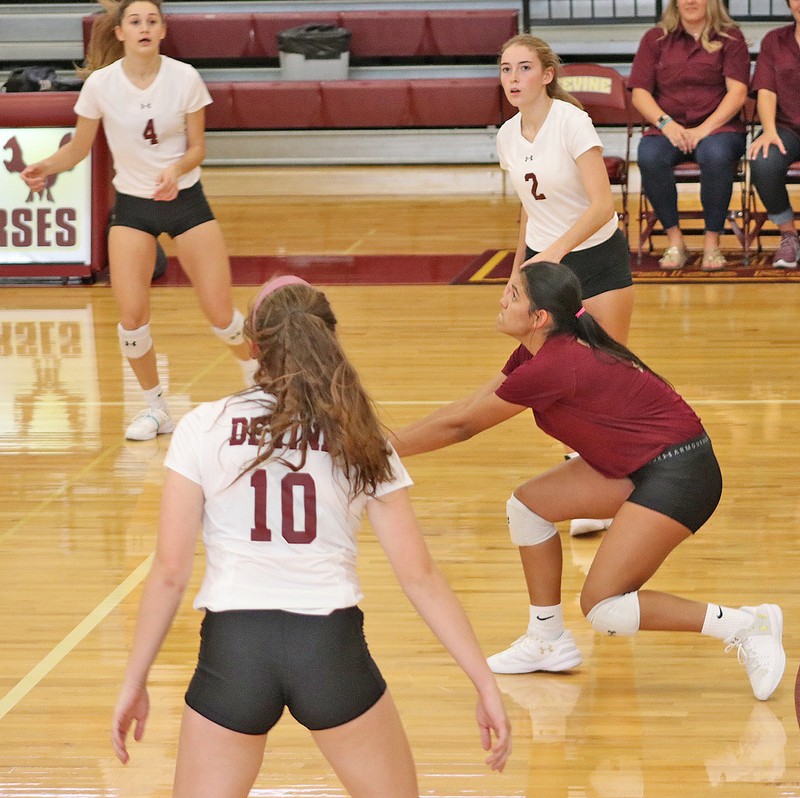 Beating Hondo is always a great highlight of a season but beating them in district play makes the win all the sweeter. The Varsity Arabians shut the Owls down in three sets with scores of 25-21, 25-20, and 25-17. This makes the Arabians 2-0 in district and 16-14 overall. October 5th, the Arabians will play Pearsall at home with games starting with the Varsity at 5 pm and the JV and freshman starting at 6 pm.
“This is one of the best games we have played all year! The girls were intense and aggressive the whole game. It is nice to have the rivalry game back in district. Now we have a big game Tuesday night (October 2nd) down in Crystal City. Both teams were going 2-0 in district.” Coach Leigh Anne McIver
The Arabians kept the ball off the court with an impressive 75 team digs and no reported errors. Alissa Stehle had a third of those digs with 25, Sierra Pompa 14, Sara Moreno and Gabby Rodriguez with 11 each, Kaylee Howard 5, Macey Hein and Megan Runyan 4 each and Madison Pike 1 dig. S. Pompa had 3 aces and Rodriguez 1 ace. S. Pompa led the charge with 20 kills, Stehle 8, Runyan and Pike 3 each, Hein 2, and Dana Aaron 1. Hein had 25 assists as setter, Stehle 5, S. Pompa 2, and Rodriguez 1.
By Dicy Chambers
Sports Writer