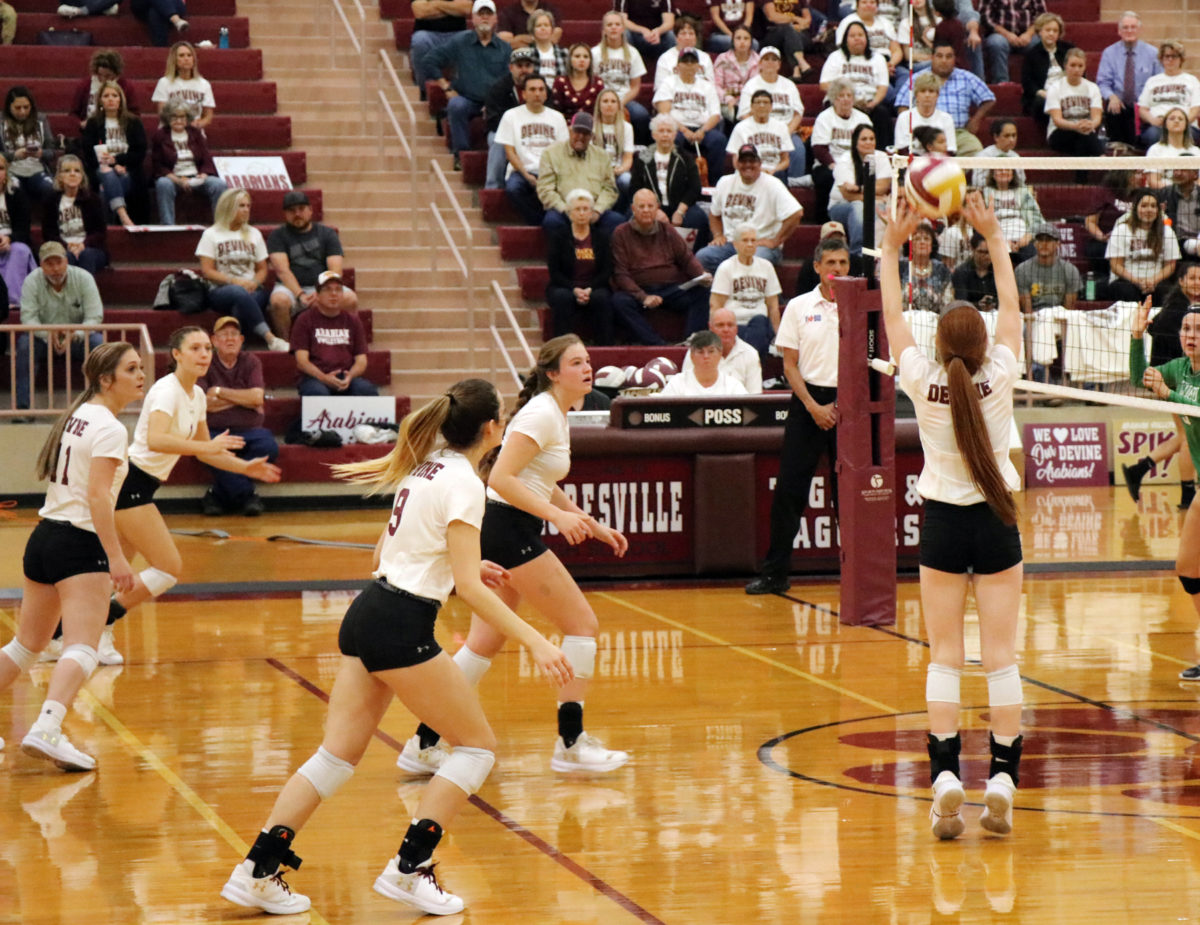 The Varsity Arabians defeated the Lytle Pirates in 3 games; 25-13, 25-19, and 25-10. This was their final district game where they were officially named district champions.
“We did not play our game tonight,” Coach Leigh Anne McIver said. “Our pace was slow and we were not moving like we usually do. Even though we didn’t play our best tonight we were able to get the win in three sets and hit our goal of being undefeated district champions and not dropping a set. 48-0 in district the last 2 seasons.”
Offensively, there were 8 aces; Addie Trojanowski 5, Chesney Friesenhahn 2, and Sydney Rendon 1. They scored 41 kills led by Trojanowski 16, Sierra Pompa 12, Friesenhahn 9, Caimee Fowler 3, and Alissa Stehle 1. There were 35 assists; Trojanowski 22, Rendon 11, Friesenhahn and Amanda Richardson each with 1.
Defensively, there were only two blocks made by Friesenhahn. The Arabians had 37 digs; Julie Ortiz and Friesenhahn each with 7, Trojanowski 5, Stehle and Elizabeth Puente each with 4, Rendon and Richardson each with 3, Pompa 2, Fowler and Megan Runyan each with 1.
“I am proud of what the girls accomplished in district but now is when each day really counts,” Coach McIver said. “We still have big goals to reach and still work to do. I am excited to see what this team accomplishes in the post season.”
The Area play-off game between Devine and the winner of the Raymondville-Rockport game will played between November 2nd and 4th. The Regional Quarter Finalist game will be played between November 6th and 7th. Finally, the Regional Semi-Finals will be played between November 10th and 11th.
By Abby Kohlleppel
Staff Writer