According to the most recent audit reported for the previous fiscal year, Medina County’s fiscal year 2020-2021 budget had a new taxable appraised value of $3.83 Billion, an increase of $364 million (10.5%) from the previous fiscal year (2019-2020).
This increase is mainly due to new properties and property values, according to the auditor.
-Property taxes accounted for $22,196,235
Clarification to our June 1st article on county revenues: The audit presented to Medina County Commissioner’s court last month, for the year ending September 30, 2021, showed the following: 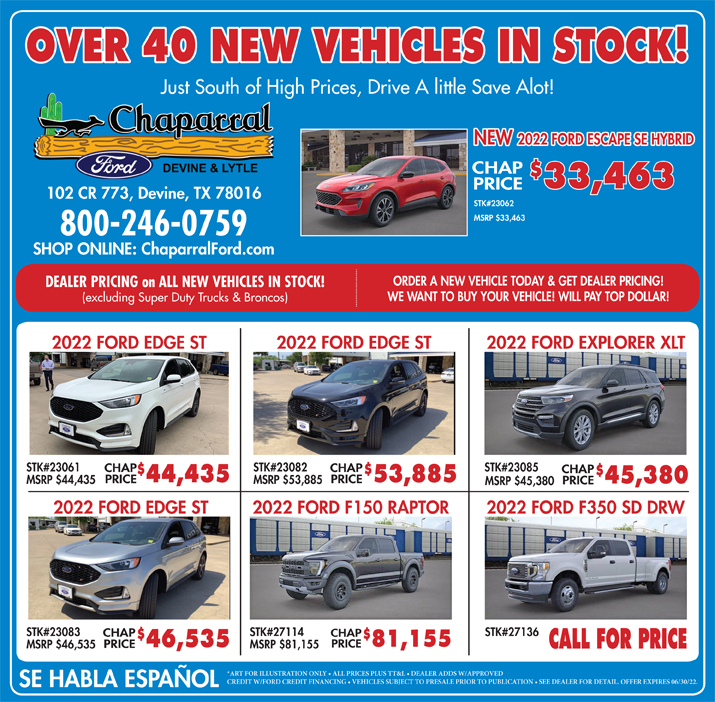 By Kayleen Holder and KK Calame