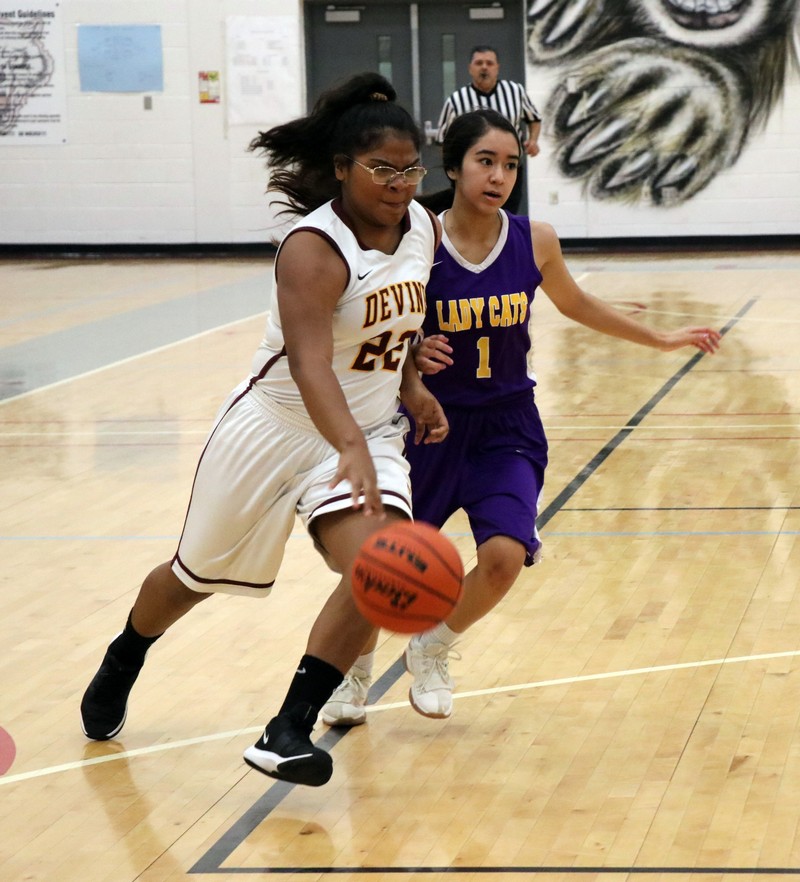 In their last two games before the winter break, the JV Arabians had a loss and a win. Coach Hannah Thompson and her team faced Boerne on December 14th and it was a tough loss for them. Tied at 15at the half, Boerne was able to take the lead in the third and Devine struggled to keep up. The third quarter ended 23-19 and the game ended 27-38. The Arabians fought hard but were out paced by Boerne.
Alexa Garza scored 10 points, Jojo Villanueva 2, Janee Wofford 2, Mackenzie McClellen 5, Baleria Brooks 7, and Analea Arana 1. Scores by quarter: Q1 7-9, Q2 15-15, Q3 19-23, Q4 27-38.
In their last game before the break, on December 18th, the JV Arabians had a great game against the Cotulla Cowgirls. Winning 36-13, the Arabians had an impressive night of offense with every player adding to the scoreboard. The Arabian defense held Cotulla from scoring in the first quarter and to just 3 points in the second, the half ended 15-3.
Cotulla attempted to come back in the third but could not break the defense and were held to 6 points while Devine scored 11. The Arabians kept playing aggressively in the fourth and won 26-13.
Brianna Bawyer scored 6 points, Garza 10, Villanueva 4, Wofford 2, McClellen 3, Brooks 3, and Arana 4.
The JV Arabians will have their first district game in Hondo on January 4th and then will face Carrizo Springs on January 8th.
By Dicy Chambers
Sports Writer