Inspired by a message delivered in December on BBN regarding The locale of Jesus’ birth, I decided to delve further. Luke 2: 8-20 reads: And there were in the same country shepherds abiding in the field, keeping watch over their flock by night. And, lo, the angel of the Lord came upon them…and the angel said unto them…this shall be a sign unto you: Ye shall find the babe wrapped in swaddling clothes, lying in a manger.
A lifetime of hearing aNd studying the birth of Jesus never before posed an explanation of “Who were these shepherds?” “Why were these particular shepherds chosen?” “What exactly was ‘the sign’?” And, “What kind of stable was this birth place?” “Did it have other livestock?”
According to True Messianic Bible, these shepherds were, in fact, priestly shepherds. Priestly shepherds were those who had studied Leviticus and the rituals of the royal sacrifice for many years before being qualified to fill that role. They were watching over temple sheep, sheep that were being bred and protected and whose lambs were to be sacrificed at the temple in Jerusalem.
The location where the angels appeared is traditionally known as the “Tower of the Flock,” Migdal Edar. It lies about three miles from the village of Bethlehem. This watch tower was used by shepherds in ancient times to protect the heard from predators and enemies. Every day of the year, 24 hours a day, the sheep remained in the fields until the time to give birth. Then, it was to this place that the ewes were brought to give birth to their lambs. 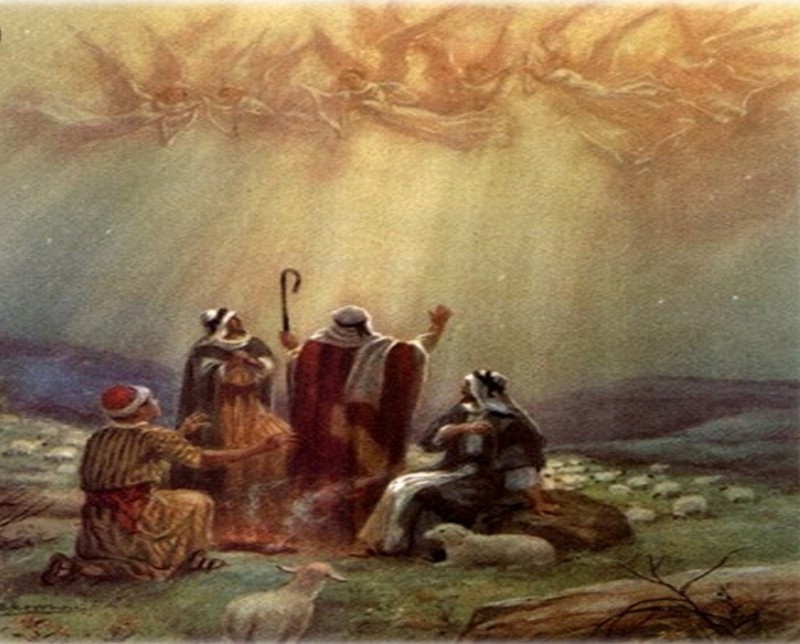 The Life and Times of Jesus, The Messiah Book 2, it states that this was not the Watch Tower for ordinary flocks that pastured on the barren grounds beyond Bethlehem. Instead, these were unique flocks. The shepherds were specifically trained for this royal task. They were educated in the characteristics required of a potential sacrificial animal. They had to ensure that the newborn lamb was not hurt, damaged, or blemished. The lambs were born into a pristine environment and were quickly wrapped in “swaddling clothes” to further protect them from injury.
This area lay close to the town on the road to Jerusalem, a passageway frequented by many. In fact, it was on this particular passage that travelers stopped and prayed at the tomb of Jacob’s wife, Rachel, where she died and was buried.
These fields just outside of Bethlehem became a place where this special group of highly trained shepherds raised the sheep that would bear lambs that would be sacrificed in the temple in Jerusalem. The shepherds would strictly maintain a ceremonial clean stable for a birthing place. It was to this particular stable that Joseph took Mary.
When the announcement came to the shepherds, there was no need to give them directions. They knew exactly where they would find the “babe wrapped in swaddling clothes and lying in a manger.” The sign – “this will be a sign unto you” – could only mean their manger at the Tower of the Flock.
The announcement was made to these specific shepherds about a specific manger – one where blemish-free lambs were born to be sacrificed – one where the Lamb of God would be born to be sacrificed.