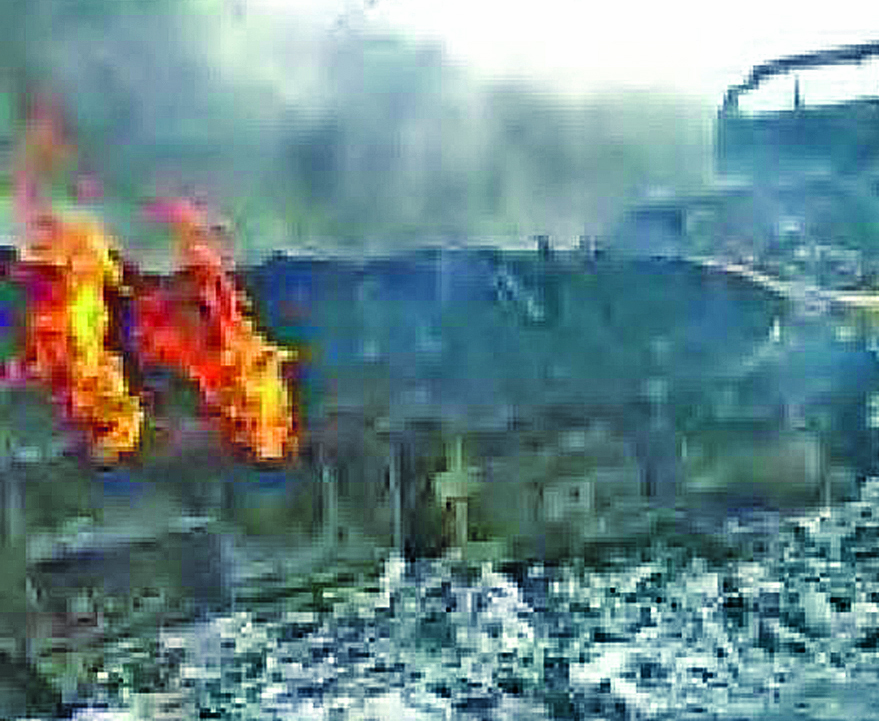 This story of a local South Texas Marine was shared with us by his loving mother, and we chose to share it anonymously to represent the many thousand men and women who served our country, who are in need of this Marine mother’s prayer.
After a couple of years in college he decided to join the Marines. He wasn’t interested in becoming an officer, his desire was to be in the real, on the ground, warfare. Within months after enlisting, he was deployed on to Iraq, as a member of a platoon consisting of 13 Marines specializing in Weapons.
“The group was very close, and very few of these Marines would ever come home again because on Labor Day, September 6, 2004, most were killed in a car bomb explosion in Iraq and the others were seriously injured. He was thrown 50-100 feet from the truck, and then got up to go help his comrades. Though his hair and eye brows, etc were burnt, his ear drum busted, and shrapnel was in his body,” said his mom.
He held his comrades in his arms….their eyes were open but they were already gone. He hurried to help all he could. Someone asked where he had come from. When he pointed to the vehicle that had just blown up, and he was told, ‘no, no one came from there!’
Once help arrived, the shrapnel had to be surgically removed, though some shrapnel he still has inside him to this very day–in more ways than one.
The platoon was told not to shoot unless shot at. Therefore they could do nothing as the vehicle sped towards them leading to the car bomb explosion.
“In his second deployment to Iraq, the people had been warned to evacuate the area, because troops were coming in to attack the terrorist that they knew were in that area. When they arrived in the area, immediately, they saw a terrorist run into a building. One of the Marines ran into the building after the terrorist and the building exploded. It was a set up.”
“After each building was blown up, they were instructed to go over the wreckage….walking over bodies. These type things are what goes through his mind….and he has not been able to heal. The Bird Foundation/PTSD head explained to me that my son has not come home from the war yet, in his head. Their goal is to ‘bring him home’ however that has not been possible yet.”

His third deployment, he was leading a group of reservists into Afghanistan.
“God helped him bring all his men back alive,” his mother says. “He has done so many things that we are so proud of him for, but that is not what he remembers.”
He was awarded a Purple Heart for his bravery and heroic actions after the car bombing, helping his brothers in arms even with piercing shrapnel in his own neck and back.
“He was also awarded numerous medals for the number of times he detected where a bomb was buried and removed everyone away before it went off, saving so many lives,” she recalls.
Upon returning home, the Marine did well for a number of years working for a construction company, but resigned after seizures began.
“PTSD is a difficult disease to understand. We have gone in circles for a decade now…seeking help…learning a LOT!” said the Marine’s mother.
“There are MANY military heroes either homeless or sitting in homes alone, struggling with their demons… My son fights demons all the time. We take him to the VA when he gets really sick, and they get his chemicals and body working again and then send him home. It is a vicious heart-breaking circle,” she adds. “The VA consistently says the same thing. Many veterans live like this or worse. They are all around us!”
“If I don’t hear from him, I drive to his house over an hour away and check on him.”
Last Tuesday, August 24, she knew something was wrong…
“I felt it in my ‘mama’ heart. When I got to his house, his eyes were in the back of his head, he was having nasty seizures. I immediately called EMS. His friends, the city police came to look on. When the EMS asked me if he was always like this, and it was his friends, the local police, who answered ‘no’ very quickly.”
He continues to be in ICU, sedated, on a ventilator plus other tubes, since then…fighting another battle.
“His favorite Bible Verse “For with God nothing is impossible. (Luke 1:37) We know that if God has more for him to do, that He will heal him once again.”
If you know a homeless veteran, please reach out to Operation Texas Strong, which provides RV homes for homeless veterans. If you have an old RV that can be refurbished into a home, consider donating. You can reach Operation Texas Strong at (817) 550-1354 or peggycrutsinger@rocketmail.com