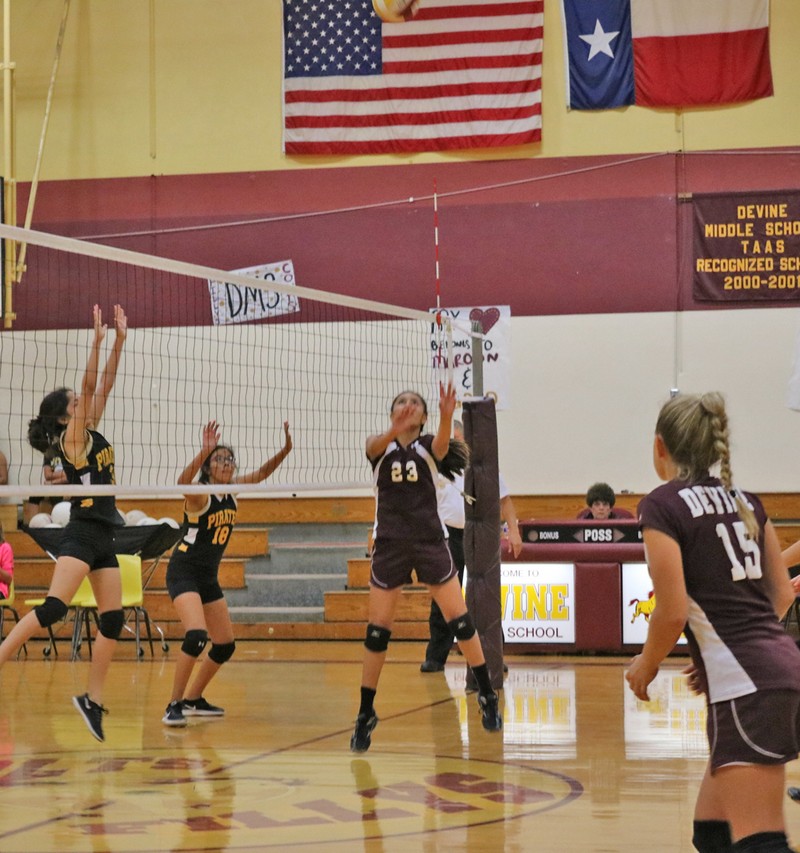 The 7th Grade Gold Fillys traveled down to face Crystal City on October 8th. Playing with a running 12-minute clock, the Fillys beat the Lady Javelinas in two games 25-5 and 20-13.
“These girls don’t have many stats for this game. It was basically a serving game. We cannot make digs when the opposing team does not set up an offense. Crystal City gave good effort and my girls just stayed focused and played their game and did what they needed to do to bring home a win.”-Coach Shana Beaty
Makayla Rivera served 4 aces, Mia Hernandez, Brynlea Byrd, and Iris Stricker with 2 each. The Gold Fillys season record stands at 7-1-1 and undefeated in district at 6-0 after this match.
Maroon Fillys
Crystal City fell to the 7th Grade Maroon Fillys on October 8th in their second district meeting. Winning in 2 games, 25-10 and 25-9, the Fillys worked hard for this win. With a 6-0 district record, the Fillys are on their way to sweep district. Their overall record is 11-1.
Rylee Esquibel served 4 aces, Kate Featherly 3, and Brooklyn Miller 2. Denise Contreras had 1 kill. Featherly had 1 assist.
“We really could have done a better job offensively.  We had many opportunities to set up attacks considering the number of times Crystal City sent “free balls” back over.  I try really hard to convey to the girls the importance of taking advantage of the opportunities given to “shine”; and believe me, these girls can SHINE!” – Coach Shana Beaty
Coming up for the 7th grade Fillys is a game in Pearsall October 22nd and their final game against Carrizo Springs at home on October 29th.
By Dicy Chambers
Sports Writer