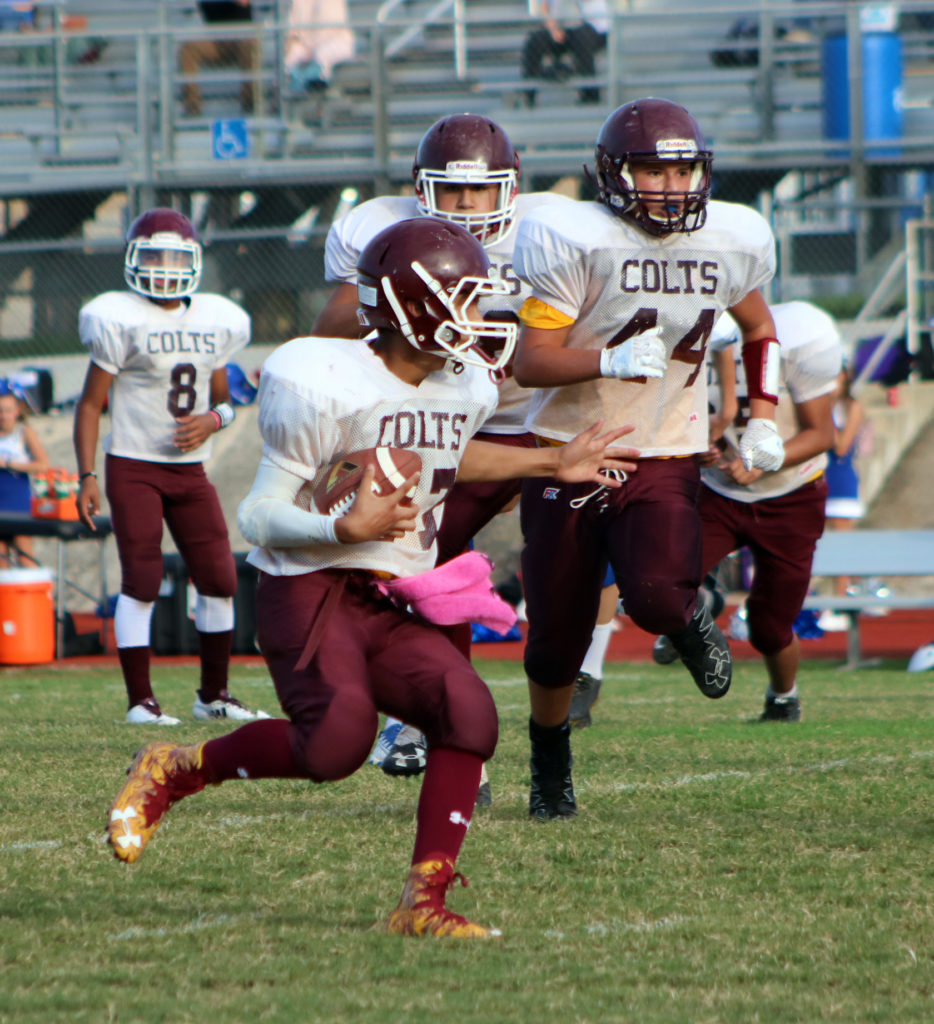 The 7th grade Colts took on the Bandera Bulldogs on Oct. 4
B Team Colts
The 7th Grade B Team Colts lost to the Bulldogs 16-0.
“This was the first game of the season for some of these guys to play.  They are still learning their positions. Bandera had a pretty good quarterback who was hard to tackle. He was able to break away for the touchdowns and their fullback added both 2 point conversions,” stated Coach Lon Cozby.
“Jack Schneider had a couple of good catches and Lokey Aguero and Rylan Mata ran the ball good for us. Jonathan Gelinas stepped in at quarterback in the 4th quarter and gave us a spark. We found some good things to build on in this game and are looking forward to starting district on the right foot,” added Coach Cozby.
A Team Colts
The 7th Grade A Team Colts beat the Bulldogs 38-0.
Again the offense played very well, but the defense was the true stand out.  Blaine Davis was a boss on the field on both sides of the ball. Aiden Zapata help control the defensive line of scrimmage. Noah Fernandez came in, and played the corner back position very well.
Scoring for the Colts were Burford with a 10yd TD run, M. Rodriguez with a TD reception, M. Rodriguez with a TD run, Burford with a TD run, and M. Rodriguez with a TD run.
“It’s easy to focus on the all the points we have been scoring, but our defense has shut out three straight opponents, and that is a major accomplishment. Our boys should be very proud of that stat more than any touchdowns we have scored. We are all pumped to start district at home against Lytle,” stated Coach Quenton Sanders.