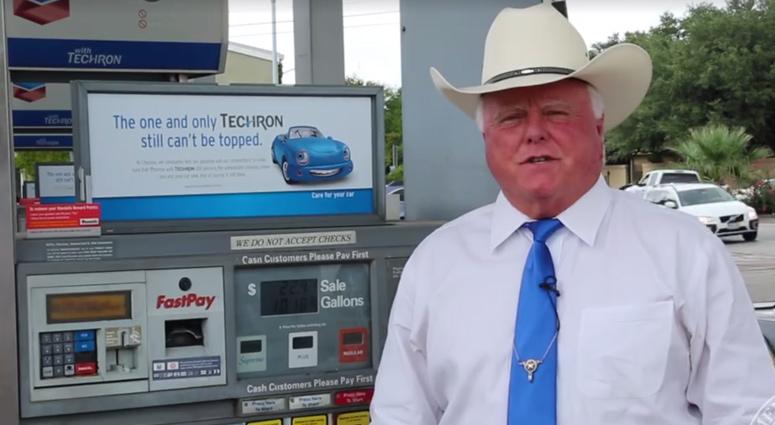 Several people in nearby LaSalle County have already been affected by credit card skimmers installed in an area gas pump by crooks. It was found at the Max-E-Mart Exxon station at the intersection of IH-35 and FM 468.

AUSTIN – Today, Texas Agriculture Commissioner Sid Miller released a short video to help Texas consumers avoid becoming a victim of credit card skimming at fuel pumps. Small devices implanted by thieves in fuel pumps, called skimmers, illegally collect consumers credit or debit card information when they gas up. The devices are being found in pumps all over the state. The Texas Department of Agriculture (TDA) is responsible for inspecting all gas pumps in the state for accuracy and fuel quality. Commissioner Miller has made it a priority for TDA inspectors to also check for these illegal skimming devices.

The public’s interest in protecting themselves against this form of theft is at a fever pitch. Last week, TDA’s Facebook Live video about skimmers instantly went viral, reaching more than 10 million people across the nation, with over 5 million views and hundreds of thousands of shares.

“Texans are genuinely concerned about this issue, and they need some help,” Commissioner Miller said. “Here at TDA, we are the consumer protection agency for Texas, and we’re trying to put an end to these skimmers and the thieves using them. It’s a real problem.”

Commissioner Miller said the tips provided in the video were developed from the experience of TDA inspectors, industry representatives and training provided by federal, state and local law enforcement. TDA fuel pump inspectors have been trained by U.S. Secret Service on what to look for to root out these skimming devices.

TDA’s “How To Avoid Getting Skimmed” video addresses topics like what things to look for at the gas pump to indicate a skimmer has been installed. One of the most useful and surpring suggestions, according to comments from Facebook viewers, is the tip to watch out for Bluetooth signals at the pump. Some skimmer devices depend on Bluetooth signals to get private data out of the skimmers and into the thieves’ phones or laptops.

“In Texas, we don’t tolerate cattle rustlers, horse thieves or cheats,” Commissioner Miller said. “At the Texas Department of Agriculture, we’re going to do everything we can to protect law-abiding Texans’ personal information at the gas pump.”