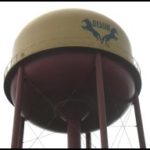 Devine general election to be held May 6
Positions held by Herring, Lopez, and Lance up for grabsA City general election for the positions of Mayor, Councilman District 2, and Councilman District 5 will be held Saturday, May 6, from 7:00 am to 7:00 pm.
Bill Herring holds the position of Mayor, while Steve Lopez and Hal Lance represent Districts 2 and 5, respectively.
Lance was elected in 2007 and Lopez in 2011. Herring was appointed in 2010, and was reelected in 2011.
Early voting will be held from Monday, April 24 through Tuesday, May 2. Early voting hours April 24 through April 30 are 8:00 am to 5:00 pm, while early voting hours May 1 and May 2 will be extended to 7:00 am to 7:00 pm.
All voting will take place at the Devine Municipal Building (City Hall), located at 303 S. Teel Dr.
Applications for ballots by mail should be mailed to Dora V. Rodriguez, 303 S. Teel Dr., Devine, Tx., 78016. Applications must be received no later than the close of business on Tuesday, April 25.
The District 2 and District 5 elections are open only to voters of those districts, while the election for Mayor is city-wide. Candidates will be elected for two-year terms.
For questions or more information, contact the City Hall at 830-663-2804.