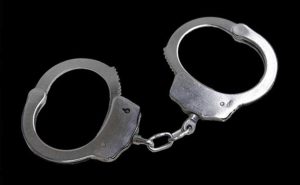 The Medina County Sheriff’s Department arrested an 18-year-old male from Natalia this Monday, September 25. The suspect was under investigation for distribution of methamphetamines. According to a press release, investigators found the suspect to be in possession of a digital scale, empty baggies, and pre-packaged baggies that contained various amounts of methamphetamines. He was charged with Manufacture/Delivery Controlled Substance and Possession with Intent to Deliver Controlled Substance. More details can be seen in The Devine News.
Investigators also stated they believe that the man arrested this Monday was a main supplier to students that attend local schools in Medina County.
Sheriff Brown has stated a very active investigation of drugs with a focus on at least 3 local schools in the county continues, and he expects more arrests made very soon.
Sheriff Randy Brown commented: “My warning to all drug dealers; ‘When you mess with our kids and our schools, my promise to you is that we will chase you down, knock your door off the hinges and drag you to jail.’”
In response to rumors, the Medina County Sheriff’s Department noted that they are not involved in any school suspensions that may or may not have occurred in the county.
“School suspensions have nothing to do with us. What the school does is completely separate from our investigation,” Sheriff Brown said.