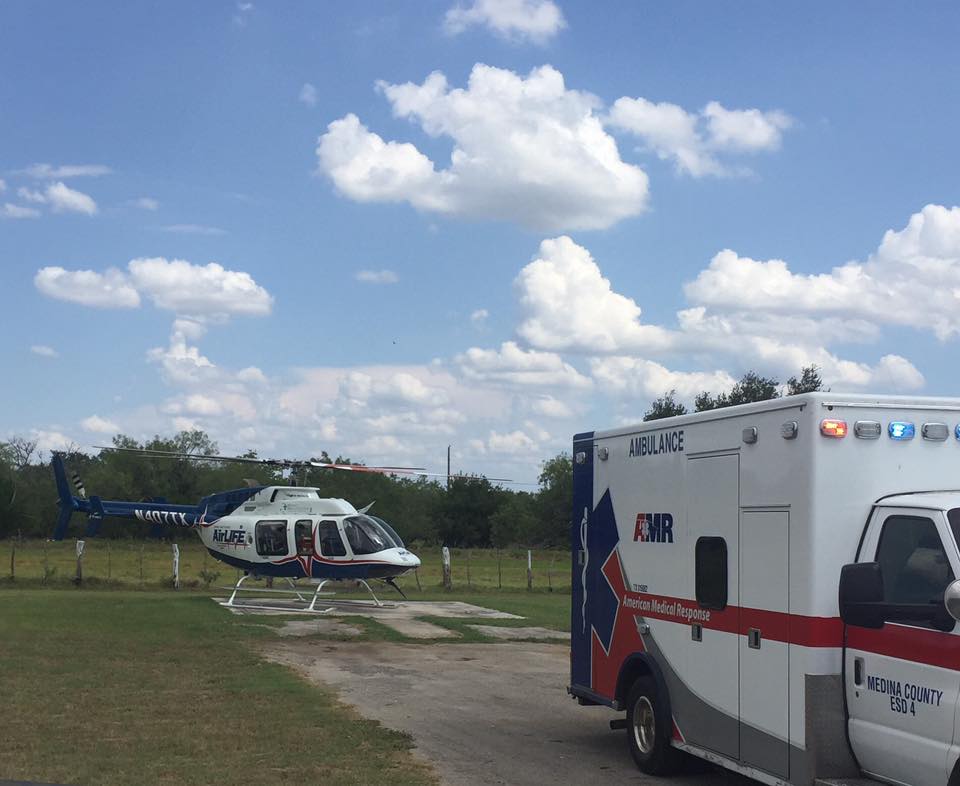 A sheriff’s deputy actually witnessed the scary accident in downtown Devine this past Friday, August 4, when a 12-year-old boy was struck by a Chevrolet Tahoe SUV.

According to Devine PD Lieutenant Chris Andrews, the boy was riding his bicycle through the crosswalk at the Teel and Hondo Avenue intersection. It happened at four-corners intersection in downtown, a little after 3 PM.

The driver of the vehicle, a 40-year-old male from Devine, was cited for Driving While License Invalid.  He will not face any other charges, as he did have a green light when making the turn.

“The boy was riding his bike from the Shell store toward the Exxon store,” Andrews said. “The driver of the Chevy Tahoe was turning right onto Hondo Avenue from North Teel when he struck the child.”

Andrews adds that, “A sheriff’s deputy just happened to be at the light on his way home, and witnessed the accident. The majority of the impact was to the bike, causing the kid to fall.”

The boy was airlifted to University Hospital.

Devine VFD also responded to the scene, and commented “Our thoughts and prayers are with all those involved.”

Editor’s note: This story has been edited to add additional information.