In case anyone who happened to be driving around town toward the end part of last week did not notice the ‘one or two’ signs decorating the streets, businesses, handrails, and anything else that was concreted into the ground, Devine High School junior Quintin Zapata, aka Guido, participated in the UIL State track meet in the 110m Hurdles May 12th. Close to if not more than 40 family and friends were in the stands at Mike A. Myers Stadium on the University of Texas to root him on. Guido did not disappoint.
With many invitational championships in not only the 110m Hurdles but also several more in the 300m Hurdles throughout this season and for his young Warhorse career, the underclassman returns next season with the goal of not only making it to Austin in both events, but to finish high in the rankings as well.
Going into State, Guido had accomplished a personal best 14.46 in Kingsville at Regional on April 27. According to hurdle coach Khera Vay, “Guido ran a tremendous race in Austin. He was only off 2/10ths of a second from his personal record; and six of the competitors that finished ahead of him Saturday, ran their own personal bests of the season.”
Devine and Warhorse track are undoubtedly proud of the positive recognition that Guido has brought to the city, the athletic program, and to the high school campus. So dedicated to both hurdle events, while other friends were heading to the Frio River or to South Padre for Spring Break, Guido, along with Coach Vay and Head Track Coordinator Lynn Cozby, traveled to Houston to compete in the 110’s and 300m Hurdles against the finest athletes in Texas at the TSU Relays.
Taking advantage of opportunities like that and going into every practice and meet with the goal of improvement firmly implanted in his mind, Guido vaulted his performance to an elite level. His continuous drive to set PRs makes his return to Austin in 2019 almost a certainty. 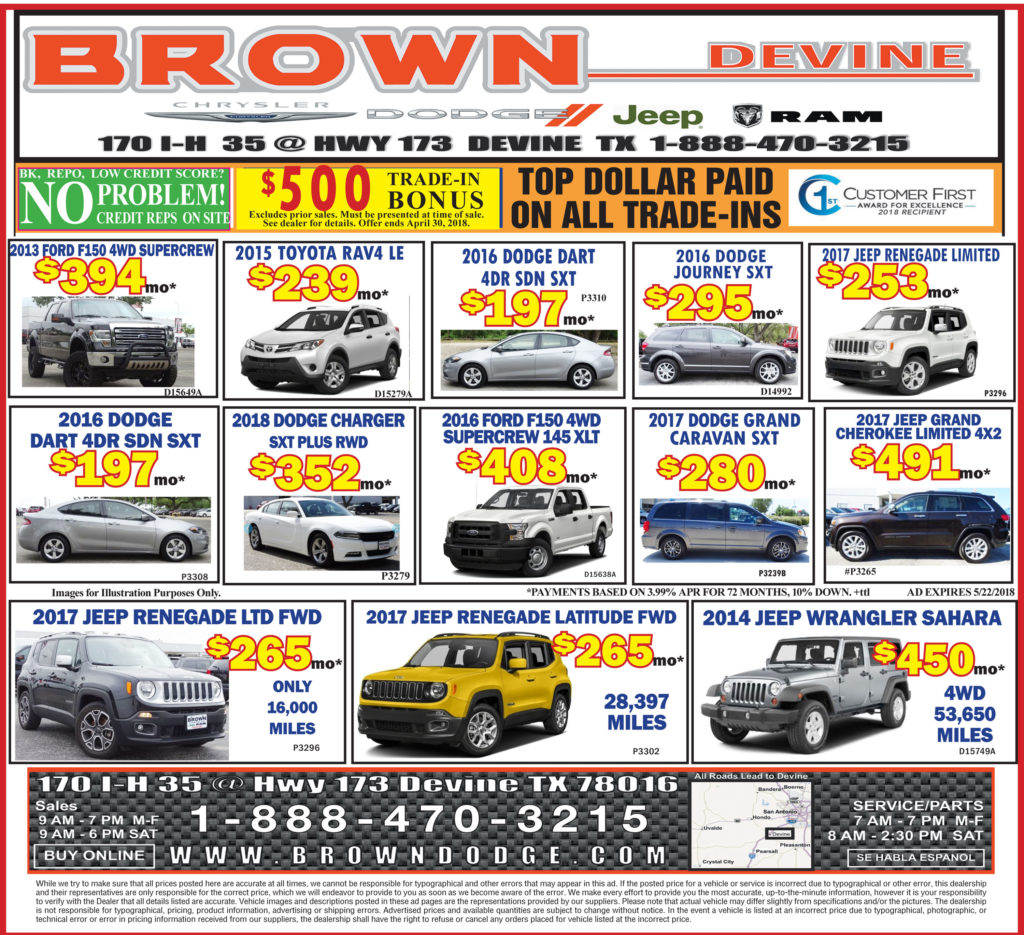 “The State Meet was an awesome experience for Guido and for the many people that got to watch him race,” Vay continued. “He now knows what to expect for next year. Both he and I are looking forward to improving on the great race times he posted this season. Guido had some huge accomplishments in 2018 including winning every invitational meet including the District 29-4A meet and Area in the 110m hurdles. He is amazing to work with by being very dedicated and disciplined. I am happy we have another year to work with him.”
That another year that Coach Vay eluded to in the last sentence has actually already started. Guido is not going to wait until next track season to begin work on his 2019 goals; it simply is not in his competitive DNA. His 2019 season started the millisecond he crossed the finish line at Mike A. Myers last weekend. Guido will take that experience that is freshly ingrained into his memory and build on it immediately.
By the time this article has come to print, Guido will more than likely already have either been in the weight room to get stronger and faster or back on the track at Warhorse Stadium busting his tail preparing for the 2019 State Meet. Possibly both. In fact, with their State performance barely in their rear view mirror, Coach Vay stated, “We are already looking into some summer and indoor meets to better help Guido prepare for big competitive moments.”
Two of the throng of spectators that turned out to watch Guido perform were, of course, his parents Andrew and Dawn Zapata. They have watched him grow from a fast middle-school young kid into a talented, multi-sport high school young man. “We are so excited he made it to the UIL 4A State Track Meet,” stated Mrs. Zapata. “He has worked so hard this year to get this far. It’s an amazing accomplishment. Mr. Zapata added, “As Guido’s father, I’m very proud to see him succeed by making it to State and I’m sure it’s just one of many successes he’ll have in his life. Great job, Son!”
“This season took a lot of hard work, but it really paid off for me,” Guido expressed about accomplishing one of his biggest goals. “Each year I have continued to improve in both the 110m and 300m hurdles. As a freshman I made it to Regional and as a sophomore I made it to the regional finals, missing State in the 110s by 0.04 seconds. Making it to State this year was a great experience that I will always remember. The level of competition was unbelievable and it was cool to be one of them.”
Just as his mom and dad stated, Guido wanted to give a big shout-out to the community of Devine for its outstanding support in Austin. Each also wanted to especially thank Coach Vay for her tireless efforts in helping him achieve one of his biggest goals in a career that ain’t quite over yet. Guido finished by saying, “See ya next year!”
Individual results: 1st-Ian Carter-Burnet-13.87, 2nd-Cameron Macon-Dallas Carter-14.22, 3rd-Josh Edwards-Atlanta, 4th-Dashon Turk-Silsbee-14.31, 5th-Ronnie Jackson-Navasoto-14.34, 6th-Matthew Bowser-Benbrook-14.39, 7th-Ryan Bornemeier-Dalhart, 8th-Guido Zapata-Devine-14.68, 9th-Philip Hundle-El Campo-14.78.
By Jerel Beaty
Sports Writer 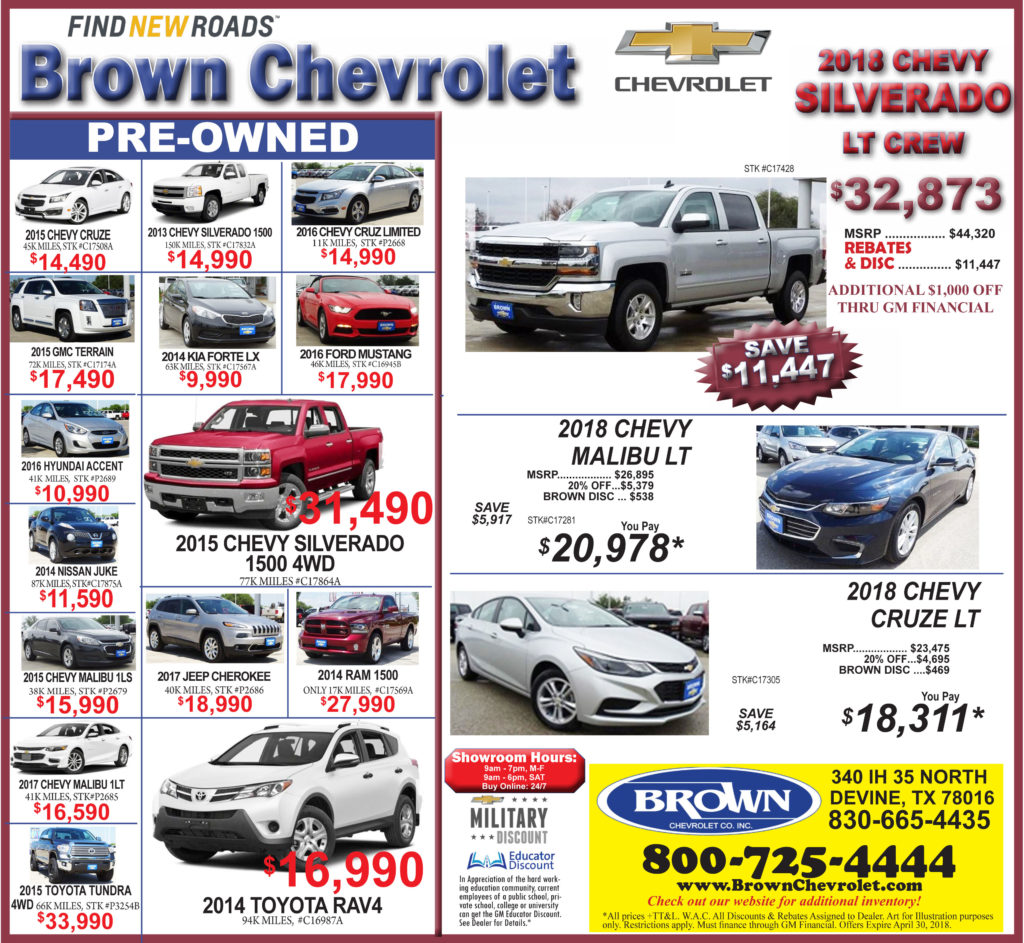