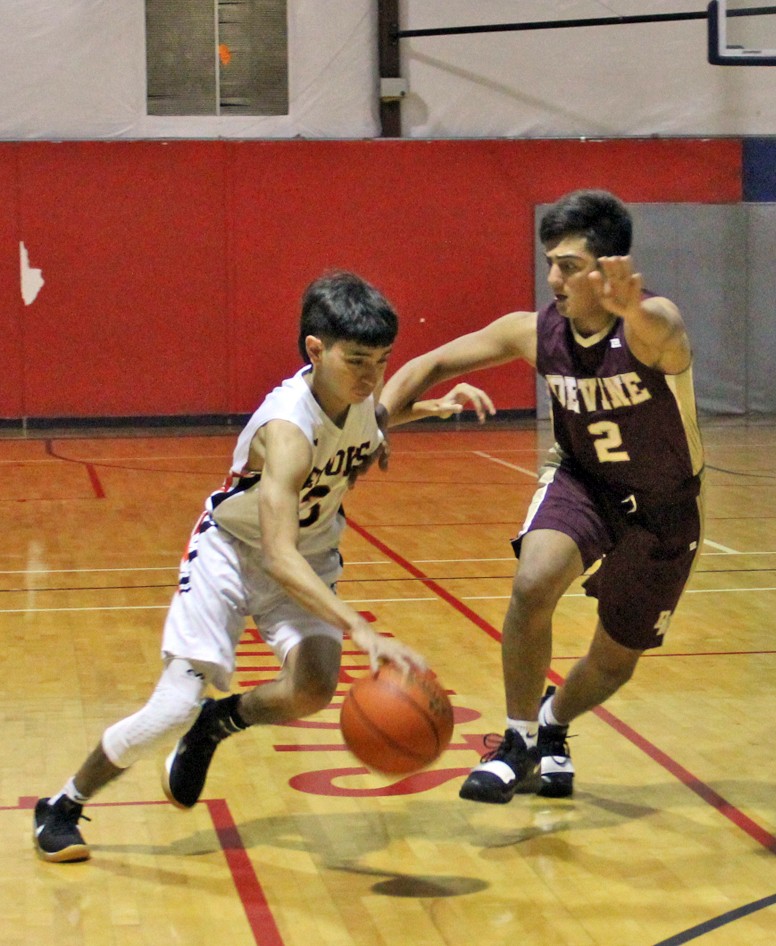 Last Tuesday night, the Varsity Warhorses traveled to Brooks Academy and after an aggressive game, the Warhorses came home with the win. The boys had to work hard for each point and were down by two at the end of the second quarter. They took the lead by out shooting Brooks 19-10 in the second and were ahead 30-23 at the half. However, the Tigers bit back and were able to take the lead again by the end of the third quarter, 45-44. Coach PJ Wells and his team fought hard and when the last buzzer sounded, the Warhorses lead 66-54. Scores by quarter: Q1 11-13, Q2 30-23, Q3 44-45, Q4 66-54.
L. Pompa and M. Burford each shot 2 three pointers, S. Martinez 6, D. Kramer 4, K. Adams 9, J. Contreras 9, D. Martinez 4, B. Cardenas 5, and C. Walker 17 points. The Warhorses shot 52% of their free throws and no one fouled out. Coach Wells was impressed with his team saying they “played much faster and more aggressive.”
The Warhorses will head to the Marion Varsity Tournament this weekend with games starting on Friday, November 30th. Tuesday, December 4th the boys will face Stockdale in Devine. The Devien Warhorse Varsity Tournament will be December 6-8th.
By Dicy Chambers
Sports Writer