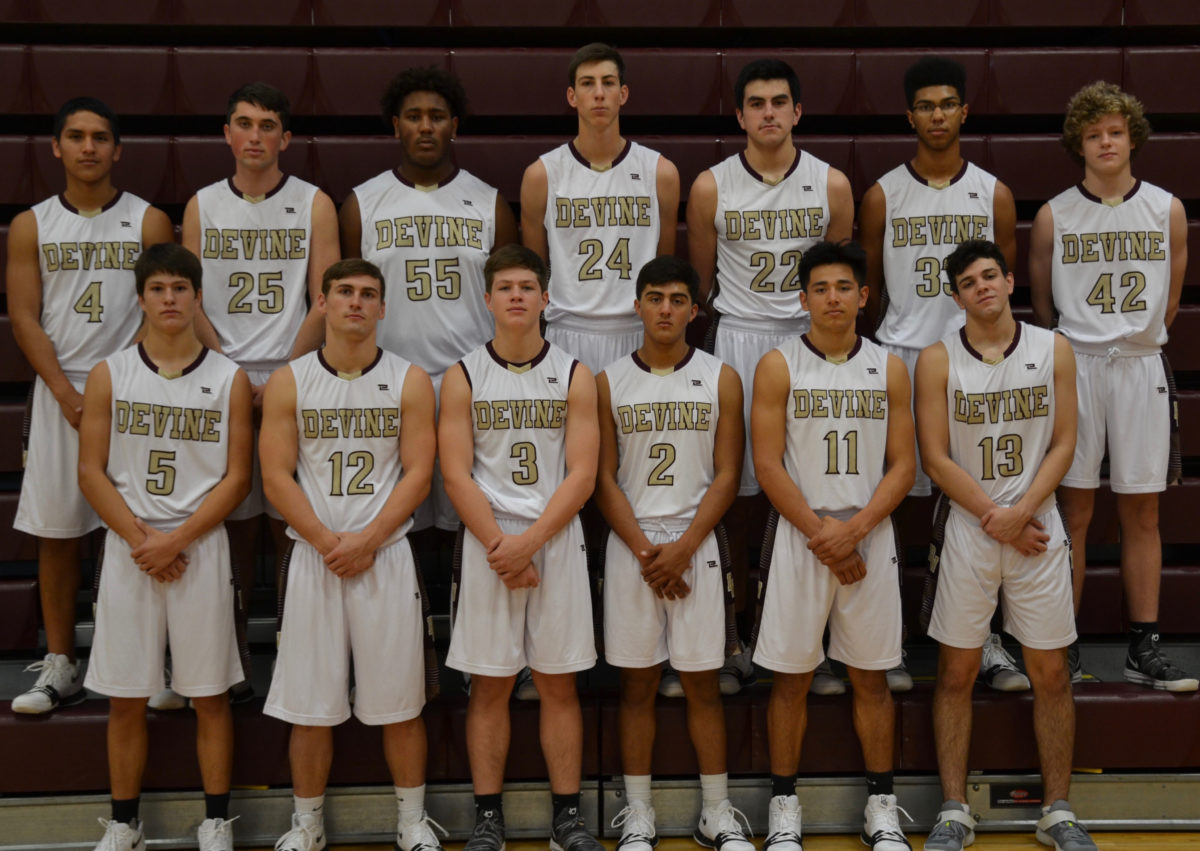 In the 2017/2018 basketball season, the Varsity Warhorses finished their season 24-9 overall and 6-2 in district earning them a chance to play in the Bi-District game. It was an incredibly close match against Beeville Jones High School that ended 54-53. “The team really displayed what they were all about nearly overcoming a 20 point deficit with 10 minutes left in the game,” said Coach Paul Wells.
Leonard Pompa sank five 3 pointers for 15 points and Connor Schmidt had 18 points in the playoff game. Dalton Kramer had 3 points, Justin Contreras 1, Jacob Oyola 4, and Daniel Ramirez 8 points.
In their final season, Seniors Tristan Kramer, Noah Brogden, Jacob Oyola, Sid Martinez, Daniel Ramirez, Connor Schmidt, and Marques Burford had an impressive winning season and leave the season knowing they played with true Warhorse spirit and pride.
“The kids worked extremely hard all year and had a great season. I really enjoyed coaching and mentoring them throughout the season. They are a great bunch of young men who displayed great effort and character all season long. It took heart and character to do that and they should be proud of the season and accomplishments they earned,” stated Coach Wells.
Seven Warhorses earned district recognition. Connor Schmidt was named Offensive MVP, Jacob Oyola Defensive MVP, Daniel Ramirez and Lenard Pompa First Team All District, and Cash Walker and Dalton Kramer Honorable Mention All District, and Justin Contreras 2nd Team All District.
Congratulations to these young men and Coach Paul Wells on this outstanding season and good luck both on and off the court.
By Dicy Chambers
Sports Writer