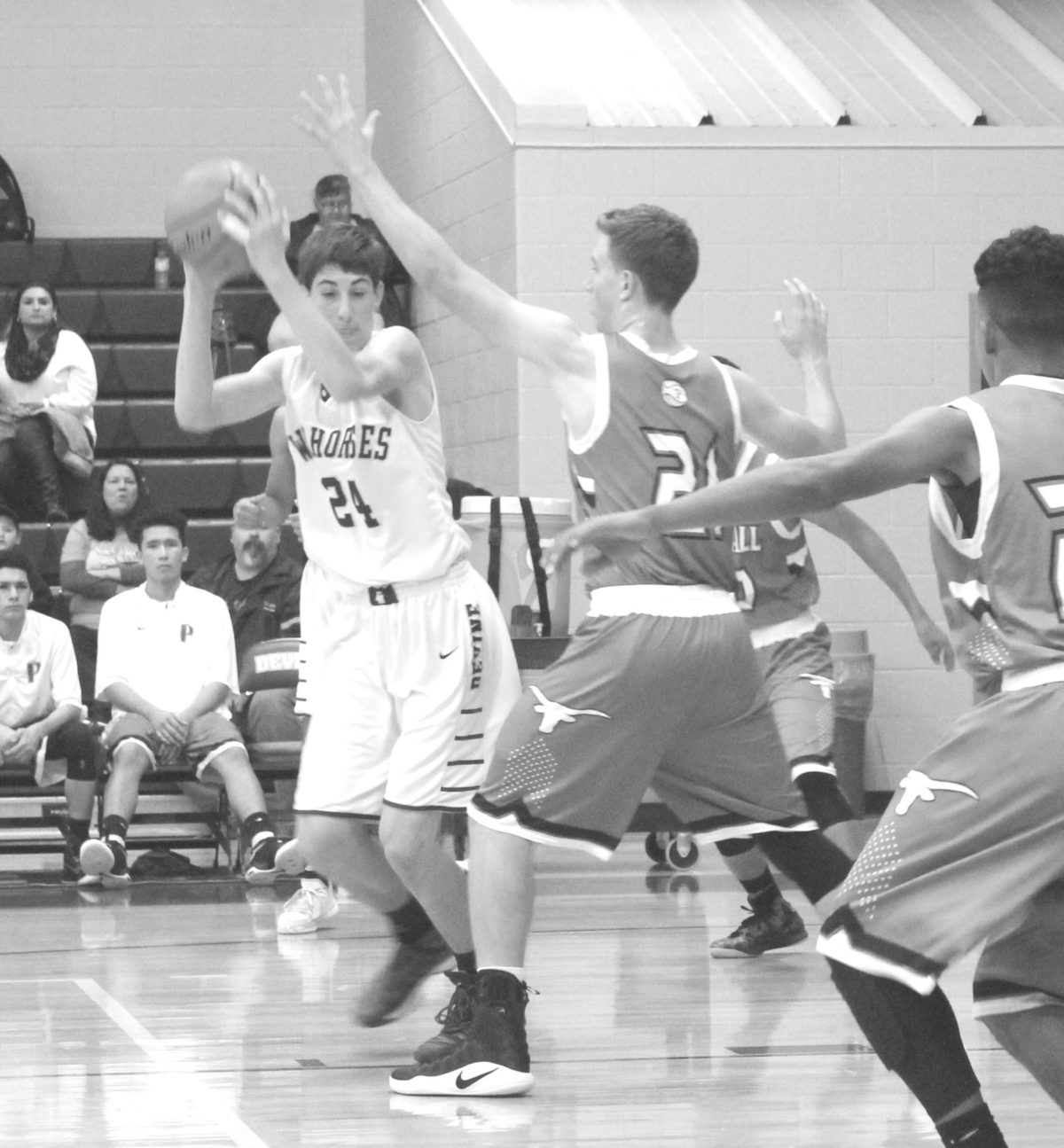 After losing a close battle to the Pearsall Mavericks in the first round of district competition, the Warhorses left no doubt who was the better team the second go-around. Devine smashed the

Mavericks 61 to 38 in the DSAC this past Friday night by the score of 61 to 38. The win evened the Warhorses district record at 3 and 3 with two district games remaining.
This ballgame gave the impression that it was going to be another close affair as was the first but a strong second quarter gave Devine some much needed breathing room in the second half. After a 13 to 11 Warhorse lead to end the first quarter, Devine outscored Pearsall 20 to 5 to take a commanding 33 to 16 lead into the break. The Warhorses increased the lead even more in the third quarter to go up 43 to 22 entering the final frame.
“We made some shots and played solid defense,” Head Coach PJ Wells said. “The kids finally put 4 quarters together to finish the game strong.”
Team statistics: Devine shot 53% from the floor hitting 25 of 46 shots including 2 of 7 3pt attempts. Pearsall shot only 31% by hitting 15 of 49 field goals. The Warhorses made 9 of 17 free throw attempts for 57% while Pearsall made 6 of 12 for 50%. Points in the paint were nearly even with Devine holding a 28 to 26 advantage. The Warhorses converted 21 turnovers into 20 points while only turning the ball over 14 times as a team.
Individual statistics: Daniel Ramirez 15 points, 6 rebounds,3 steals, 1 charge taken; Jacob Oyola 9 points, 3 rebounds, 6 assists; Hunter Murphy 7 points, 1 assist; Connor Schmidt 7 points, 4 rebounds, 2 assists, 1 steal, 2 blocked shots; Beau Cardenas 6 points, 2 rebounds; Angelo Gonzalez 6 points, 5 rebounds, 1 assist, 2 steals, 1 charge taken; Darren Morales 6 points, 3 rebounds, 2 assists; Leonard Pompa 3 points, 1 rebound; Quentin Zapata 2 points, 1 steal; Zaarion Jackson 3 rebounds, 2 assists.
The Warhorses will have played a non-district game in Hondo Tuesday night then will finish out their district season with a home game against Lytle on February 10 and a road game at Carrizo Springs on February 14. Both of those games are key to the Warhorses finishing second or third in the final district standings.
By Les Moore
Staff Writer