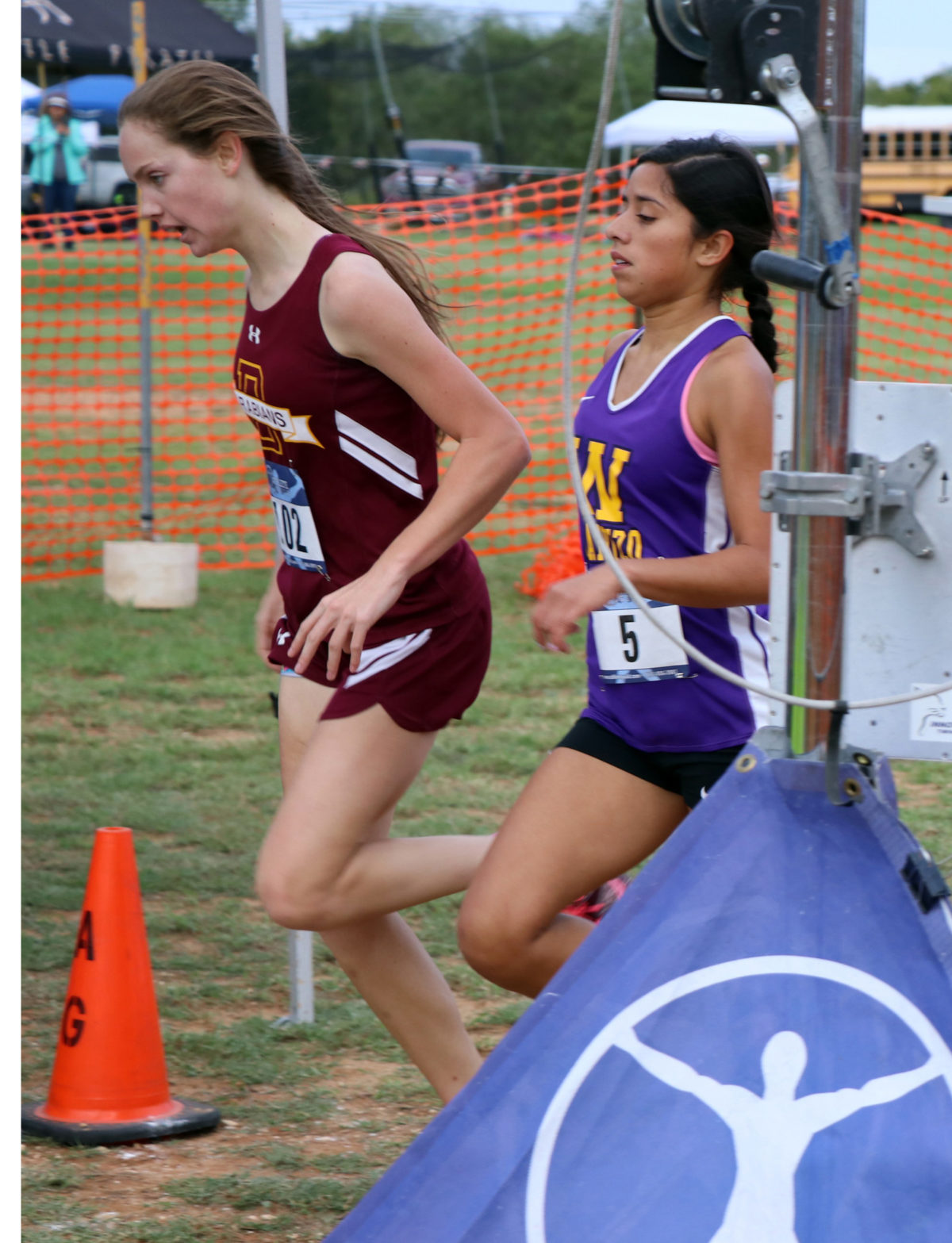 Things turn out best for those who make the best out of the way things turn out.—John Wooden.
By now, most may have heard that Devine freshman Brooke Runyan finished second place in last Wednesday’s District 29-4A Cross Country Meet over in Lytle. There is no shame in second place, especially with the race coming down to the very end between her and Carrizo Springs’ runner Yanel Garza.
The problem is, Brooke did not finish 2nd. Without a doubt in anyone’s mind that was standing anywhere near the finish line, Brooke edged out Yanel by a full body as both runners crossed the white chalked line #1 and #2. The finish was close, there is no disputing that fact, but it wasn’t close enough that a review should have been needed to determine that Runyan got the top spot even though both runners finished the race with the time of 12:32.
However, as the last race of the morning was being ran, rumors began swirling that the timing system ran by Athlete Guild at a price tag of $1700 had picked up the bib timing devices on the runners uniform top well in front of the actual finish line. Brooke made a determined comeback from 30 meters behind to pass Garza BEFORE the runners crossed what should have been the determining end of the race.
In addition to the bib fiasco, two different filming stations set up to capture runners as they cross the actual finish line either did not start on time, or malfunctioned. Where is Zapruder when you need him…tongue in cheek, of course.
It did not happen that way, however, and it cost our local runner a chance to officially be tabbed the district’s champion. That would devastate most individuals and, sadly in this day and time, would have had many runners contemplating kneeling during the Awards Presentation because of the unfairness of the results.
Quite the opposite happened though. Brooke’s parents, Greg and Kelly Runyan, as well as her grandparents remained calm and used the moment to teach a young person that sometimes life ain’t always fair. Sometimes mistakes are made but throwing a tantrum and demanding justice in front of a heavily attended meet was not the proper way to act.
With the picture that accompanies this article, it is easy to see that Brooke should have been standing in the first place spot upon the flatbed trailer as the medals were handed out at the conclusion of the meet. The matter has been turned over the District Executive Committee for review so the result could eventually change, although there is a strong likelihood that it will not.
Unlike many running events in a regular track meet that feature narrow margins of victory at the finish line on a regular basis, rarely does a Cross Country race come down to a photo-finish for the top two spots like this particular race did. It is unfortunate that Brooke will not have the official distinction of being the district’s champion as a freshman. It is unfortunate that throughout the remainder of her high school career Brooke will not be able to officially chase a 4-year title as the district’s top runner.
However, just because something that should have been official was not ruled in Brooke’s favor does not mean it simply did not happen; it did happen. In most everyones eyes that witnessed her tremendous comeback victory to capture the top spot to earn the district champion title, we all know who the true champion is.
Without a doubt, Brooke will make the best out of this situation because things turn out best for those who make the best out of the way things turn out.
By Jerel Beaty
Staff Writer