One hundred forty-two powerlifters competed in the Texas High School Powerlifters Association State Meet in Abilene Saturday, March 24. Coaches, family members, and fans packed the Taylor County Expo Center to applaud the effort put forth by some of the strongest men from around the state. Devine High School had two participants that “did the town proud” according to Head Coach Paul Gomez.
“Words cannot describe how much respect I have for these two young men,” Gomez emphatically stated. “Steven Ramirez returned from knee surgery and improved his total by 200lbs in one year to get 2nd place at State. Lucas Byrd coming back from shoulder surgery performed last August to fight his way to 3rd at State is unreal. When people talk about heart and dedication that is what these two young men represent. Hard Work Pays Off!!! On top of everything else, with just two Warhorse competitors, they were able to achieve a 3rd place team finish. Devine, Texas, these young men did you proud today. Coach Devin Rotramel and I are lucky to have kids like this. Warhorse Power!!”
“Earning 2nd Place for my weight class in the entire state of Texas, and being labeled as the second strongest lifter for the 165lb weight class is something I’ll hold onto for as long as I can remember,” stated Bulldog about his final performance of his outstanding powerlifting career.
Bulldog was not alone in his fight for the state ranking he achieved. With fellow-lifter Lucas, coaches, and a large contingent of family to cheer him, Bulldog’s final thoughts were definitely heartfelt. “I want to thank everyone who supported and cheered me on throughout the entire season. To my brothers, Noah, Lucas, and Christian, I am eternally grateful for pushing me to be my best day. I love every one of you. To my coaches, thank you for establishing the hard work ethic into my lifestyle ever since my freshman year. You all have helped shape me into the man I am, and will continue to be in the real world. Thank you Devine, for allowing me to represent this beautiful town as best as I possibly could.”
Lucas successfully overcame a major obstacle in the past year to get back to the state competition and reflected on what it took for him personally to get to Abilene. 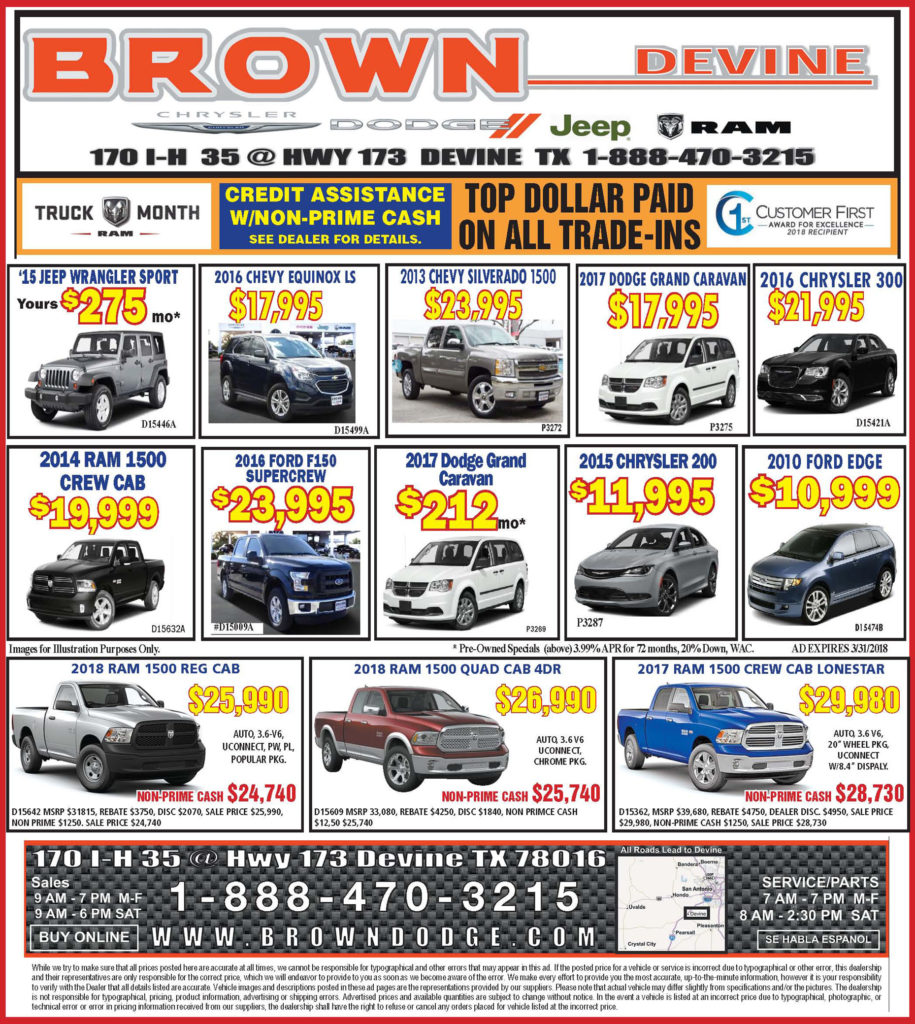 “This season has been one to remember. It started slowly due to my surgery four months prior, but I continued to progress and hit personal records. I won my first four meets, placed second at regionals, and advanced to state. I started the season with a 1300lb total and improved to total 1460lb at State.”
Even with the 160lb leap during the season, Lucas shared what meant the most to him. “The best part of the season was lifting and having fun with my brothers, Christian and Bulldog. I would not have enjoyed the season if it weren’t for them and the support of my family and coaches.”
Bulldog and Lucas put up terrific numbers throughout the season, winning numerous championships along the way. At the end of the day, numbers are numbers, but they only tell part of the story. Others that gathered in Abilene give a true insight of a life-lasting bond that can only be created through intense competition.
Noah Brogdon has been at every meet this season, not as a lifter but as one of the lifter’s biggest fans. After informing his Mom that he wanted to be in Abilene to root on his friends, they packed their bags and headed 269 miles north to provide additional support for his fellow senior compadres.
“Well this year was really special for my friends,” stated Brogdon. “Lucas came back from a shoulder surgery while Bulldog and I worked out all summer for football and state powerlifting. We all have a strong friendship and I love supporting them. I felt like it was only fitting for me to go to cheer them on because I know they would do the same for me. The whole experience was amazing as the atmosphere had everyone sitting on the edge of their seat for each lift. I was very proud of how both of them competed.”
Christian Arredondo knows what the sport of Powerlifting is all about. As a powerlifter, he understands the intensity of the moment and the atmosphere associated with every competition. At the state level, however, each lifter is one of the best in each of their respective weight categories. “I loved watching Bulldog and Lucas compete,” Arredondo stated. “I worked out with them all season and it was exciting to see them compete at that level.”
Devine ISD Superintendent Scott Sostarich was not going to miss the opportunity to watch Lucas and Bulldog compete one final time at the state level. Sostarich has become a big fan of the sport and enjoys the atmosphere created during the course of a powerlifting competition.
“Many people may not realize it, but powerlifting has been increasing in participation numbers and popularity,” stated Sostarich. “Until you get to witness State and see the numbers and level of competition, it really tells the story of how impressive the accomplishments of our students truly are. We are very proud of Steven and Lucas and their placings at the State meet. Coach Gomez has done a great job building the powerlifting program. Coach Rotramel has also been a strong asset to the program and we appreciate both of these men working with our students.”
165lb Division results (squat-bench-dead lift-total pounds): 1st-Jerkerion Simmons-Jasper-570-380-635-1585; 2nd-Steven Ramirez-Devine-590-350-535-1475; 3rd-Sean Williams-Lampasas-550-355-545-1450; 4th-Leo Sustaita-Gainesville-560-335-510-1405; 5th-Doninic Ramos-500-405-465-1370; 6th-Bobby Posey-480-270-450-1200; BO-Jacob Nash-Atlanta; BO-Angelo Hunter-Orange Little Cypress-Mauriceville; SC-AJ Castaneda-Bellville; SC-Brock Martin-Argyle; SC- Ayden Pacheco-Andrews.
181lb Division results (squat-bench-dead lift-total pounds): 1st-Ismael Franco-Crystal City-600-370-530-1500; 2nd-Enrique Barron-Snyder-600-350-530-1480; 3rd-Lucas Byrd-Devine-585-340-535-1460; 4th-Robert Herndon-Perryton-580-335-520-1435; 5th-Austin Ballard-Bonham-555-315-510-1380; 6th-Jaxon Hevron-Paris North Lamar-515-320-500-1335; 7th-Jansen Mattingly-Bullard-520-285-500-1305; 8th-Roy Deleon-Somerset-485-325-490-1300; 9th-Ethan McKay-Orange Little Cypress-Mauriceville-490-300-485-1275; 10th-Andrew Wyatt-Smithville-460-315-495-1270; 11th-Ben Roberson-Robinson-500-285-475-1260; 12th-Lonnie Foster-Silsbee-475-*250-505-1230; BO-Chon Hernandez-Gainesville.
By Jerel Beaty
Sports Writer 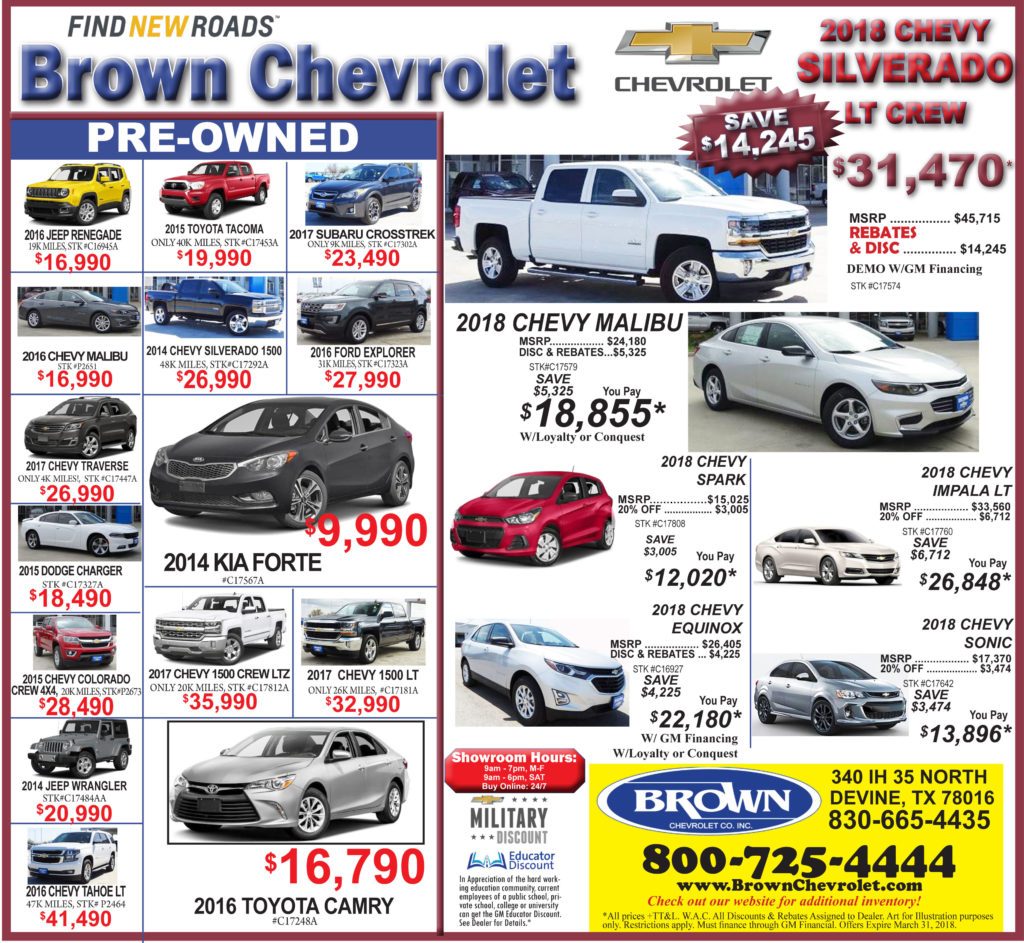