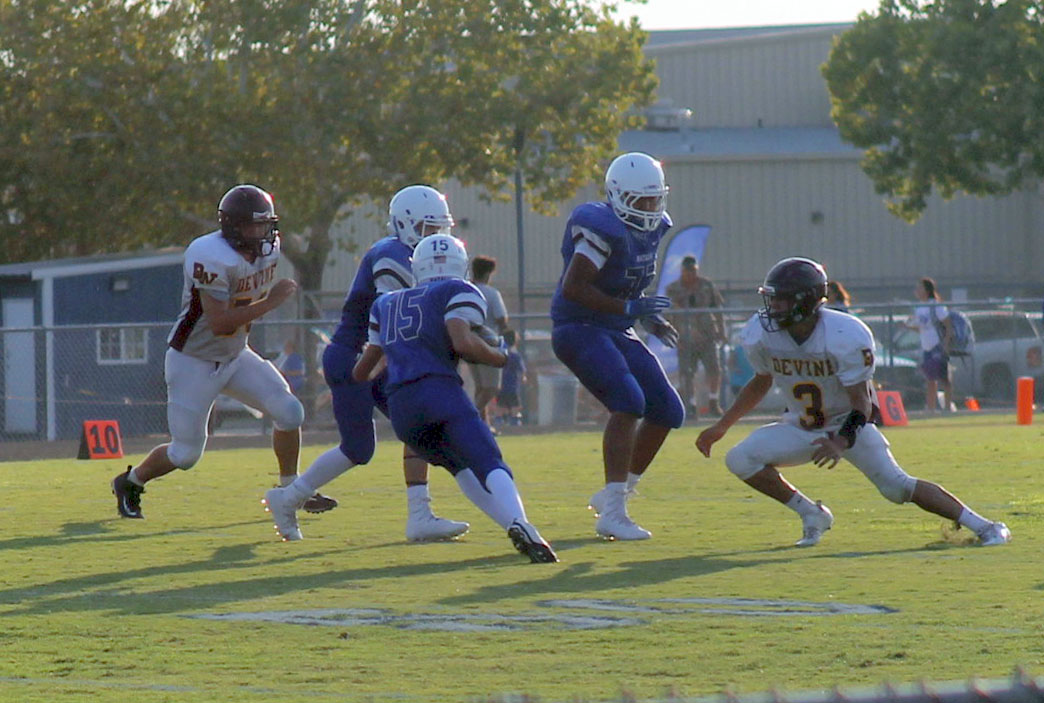 With Marion not fielding a freshman team, the Devine Warhorses made the short trip to Natalia to take on their neighboring Mustang JV team last Thursday evening. Devine fought the good fight, but fell 36 to 24.
According to Coach Bart Oropeza, “Justin Contreras picked up 40 yards in his first carry, and then Xsavior Garcia punched in a 25-yard rushing touchdown on the second play of the night. Collin Dishman stayed very composed at the QB position and carried the ball for some good yards. The last touchdown came from a 45 yard pass from Collin to Xsavior. Collin also completed another pass for a 10 yard pickup to Justin Contreras. We will continue to work hard and look forward to getting a victory over Central Catholic next week.”
“Xsavior Martinez and Colin Dishman had a good game for us in the secondary accounting for three interceptions,” stated defensive coordinator Juan Gonzalez. “Noah Garza had a forced fumble that Aaron Rivera recovered for turnover. Up front, we are working hard, but we have to play technique throughout the entire game. We are going to focus on assignment football, hitting, wrapping up as well as gang tackling. The defensive linemen are going to be good football players as the season goes. We need 11 hats to fly to the football.”
Hunter Nowicki, DJ Dzierzanowski, Isaiah Romero, Guadalupe Rodriguez, Logan Brown, John Schnautz, and Corbin Lamb round out the defensive line group.
By Jerel Beaty
Staff Writer
or