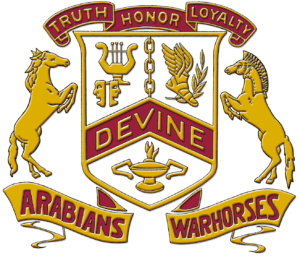 The DISD Board of Trustees approved a recommendation to specify senior class rank by using grades available at the time of calculation at the end of the fifth six-week grading period of the senior year. This will allow time for the highest ranking graduate to be eligible for state honors. This change comes after other updated changes that were made to the Weighted Grade system and calculations since the beginning of the school term. Some of the previous changes include: Added/updated weights to Dual Credit classes taken on campus (10 pts/semester), Advanced Placement (8pts/sem.), Pre-AP (5pts/sem.) AP exam (additional 4 pts added to spring sem.), CLEP exams for Pre-AP students (additional 4 pts added to spring semester if the student scores at least 50), Regular classes (0 pts.) Also, no points shall be added to grades below 70, and the District shall record weighted numerical grades on student transcripts. (These changes were very needed, considering the extra and more difficult work that students in these classes are required to do. Previously they had to have a certain score on an end of year test to even get any additional points, even though they had done an entire year of extra work! DHS students had begun to shy away from some of these challenging courses so as not to negatively affect their grade point averages and class rankings which play a huge part in college acceptance and scholarship awards. The new changes by the district should help encourage more students to enroll in these classes. – NS)
On Monday, November 13, 2017, the DISD Board of Trustees began their regular monthly meeting at the DSAC to recognize recent achievements of DHS students. Student Recognition: AP Student Recognition – DHS teachers, Mrs. Rosanne Lopez and Mrs. Becky Meek presented certificates to a number of Advanced Placement (AP) students who scored high enough to earn college credit on their AP tests last May. These students took the year-long AP classes, with much work done outside of the classroom, plus the AP tests. The AP World History students were Sophomores last May, and the AP Human Geography students were only Freshmen! Mrs. Meek commented, “The kids worked very hard and it was a big transition for freshmen taking a college level class.” DHS also offers AP Art History and AP Biology in which some students earned college credits. (These AP classes are a great opportunity for our DHS students. Not only do they provide a head start on their college education, but it saves them a lot of money over the costs of taking the courses at a college. – NS) Team Tennis District – Coach Melanie Sostarich thanked the administration for their support of the Team Tennis program, which is only is its’ fourth full year. The team members were Back-to-Back District Champs, Bi-District Champs and Regional Qualifiers! She, and Coach Kandi Darnell, presented certificates to all team members and awarded their district medals, as well as All-District honors. Cross Country – Coach Khera Vay expressed how proud she was of her team members who “got up early to run miles and miles and miles” in practice to prepare for their competitions. She presented certificates to all team members and recognized the Regional and State Qualifiers. (The full list of names and pictures can be found in previous Devine News articles and on their website and facebook page, as well as on the DISD website at www.devineisd.org. – NS)
DISD School Nurse, Mrs. Britny Stricker, presented the annual School Health Advisory Council (SHAC) report on Student Health Services’ goals and activities. She reported on the 4th Annual SHAC Health Fair at National Night Out and the SHAC 5K Walk/Run held in October, and of the annual flu clinic. It was also included that the district still does not have a stock of Epi pens and that it is a long process to get them. At this time, the only ones they have are what the individual students (parents) provide.
Superintendent Scott Sostarich reported on the wonderful Veterans Day programs at the Intermediate and Elementary schools and thanked their principals, Mr. Blain Martin and Mrs. Brenda Gardner, and their staffs for all they did to “honor our folks who have served, or are currently serving, our country at home and overseas”. He also included that he received much positive feedback from parents who attended the programs. Also in his monthly report, Mr. Sostarich informed the Board about the new Flag Pole dedication at Warhorse Stadium in November at which they presented a plaque to the Class of 1969 president, Dr. John Martin, in commemoration of their class gift of the previous flag pole. There is now a new inscription on the new flag pole base. He also reported on the successful DHS Career Day held on November 2nd. Many schools no longer have a Career Day, so they invited students from Natalia and Hondo to participate also. In the Director of Student Services report, DISD enrollment is up with 15 new students coming in since October 10th. Current enrollment is up to 2021 students.
In other business, the January board meeting was changed to Monday, January 22, 2018 because of school calendar conflicts. January is also School Board Appreciation Month across Texas.
Under Action Items, the Board approved the final payment on the hail-damaged roof repair projects in the amount of $15, 931.25 to C & F Construction, Inc. This is a reduced amount because they did not need to use the budgeted contingency funds.
The Board went into Closed Session at 7:39pm, and took no action after reconvening before adjournment. Trustees in attendance were: Board President Wayde Anderson, Nancy Pepper, Robert Morales, and Henry Moreno. Absent were: Carl Brown, Cindy Morales, and Wes Herring.
The next regular DISD School Board Meeting is scheduled for Monday, December 18, 2017 at 6:30pm at the Devine ISD Administration building at 605 W. Hondo Ave., Devine, Texas.
By Nancy Saathoff
Staff Writer