Ruben Gonzalez won the mayoral election in the City of Lytle in a close race with longtime Mayor Mark Bowen by 618 to 510. Gonzalez gives up his current seat as a councilman for the mayor position, so that seat will need to be filled now.  Charles Cate defeated Frank Carrillo for the District 5 council position by a vote of 139 to 95.  Councilman Jerry Stone had 209 votes and was unopposed.

The local option election passed with 894 for vs 242 against legalizing the sale of mixed beverages in restaurants by food and beverage certificate holders. 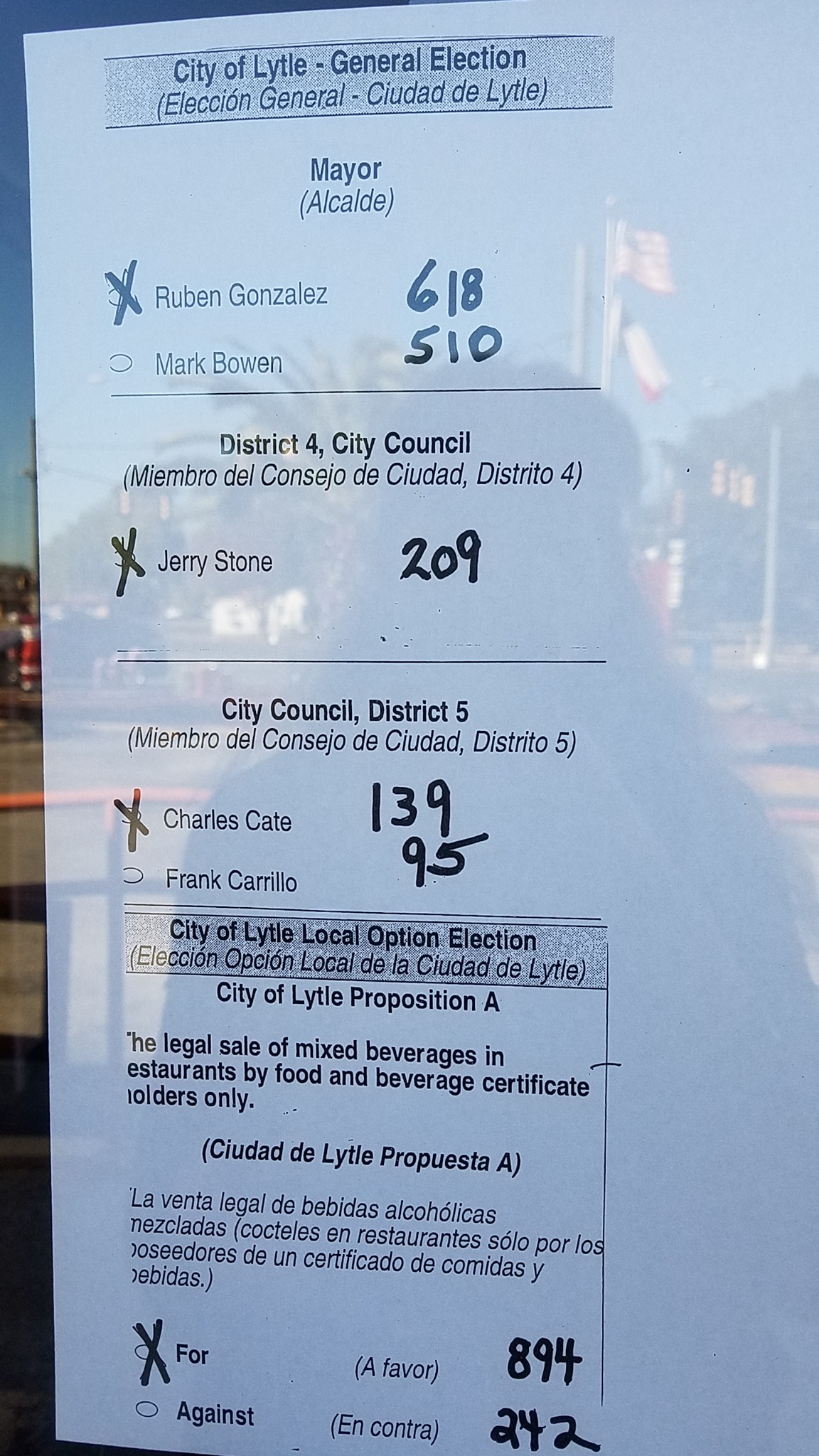