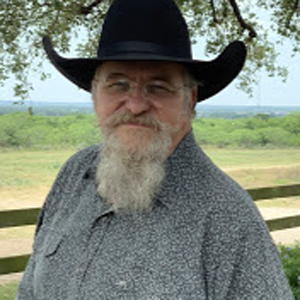 On July 20th, Lytle ISD’s Culinary Arts Instructor Johnny Stewart hit 50,000 subscribers on his YouTube channel, Texas Style BBQ and Cuisine. Stewart, or Chef Johnny as he is called, began his channel 6 years ago while teaching in San Antonio.
“I’d let the kids watch cooking videos on YouTube when we finished up with the lesson and the kids would say ‘well chef Johnny, you’re better than these guys. You should make videos,’” Stewart said. “So I started making these videos as a hobby and a way to get my recipes out there to people, and I would even include my students in videos so that they could learn a recipe well enough to teach it to someone else.”
At first, videos were kept more casual, as the channel was a hobby for Stewart and a way to share his recipes with people. He soon began to receive attention that would change the course of the channel.
“About a year into it, I had this bigger channel who was watching approach me, Ballistic Barbecue,” Stewart said. “Greg, the host, told me ‘a lot of people try and don’t make it, but you know what you are doing. You can really make it; you just need to take this thing seriously. Now, I’m always trying to pass it down like Greg did for me. Next week, I plan to do a video with these two smaller channels to get them some exposure.”
Stewart credits Greg for being a driving factor behind the work he would put into developing the technical aspect of his show, such as editing, lighting, and monetization which pushed the channel beyond a hobby.

“4 years ago, I had 5,000 subscribers and I hadn’t even monetized the channel. When I finally did that year, the first check was like $150 dollars,” Stewart said. “Now I’ve got these subscribers and different sponsors, and this really is another job to me now. If things keeping growing as they have, I’ll be making more from the channel then I will from teaching by the time I retire.”
The attention from sponsors the channel has received has also opened up new lanes for Stewart, such as his incorporation of hunting into his video.
“We are sponsored by a camo company, SKRE, and once a month they pay me to make a hunting video where we go out hog or turkey hunting and I show you how to cook it at the end of the video,” Stewart said. “I’ll also be cooking on the Roger Raglin show on the outdoor (maybe pursuit) channel in September. We’re hoping Roger’s show will help to draw in a bigger outdoors crowd to the channel.”
While proud of his achievements on and off of YouTube, Stewart’s eyes are still set on reaching even more people with his recipes and passion for Texan cooking.
“50,000 subscribers is nothing to sneeze at, and we are just planning on keeping that number growing. We’re trying to expand to TikTok and Reelz on Instagram right now to help bring more people to the channel,” Stewart said. “I’m also a part of a BBQ basics series every Monday called Barbecue Addicts and Creators on this new social media website called Clubhouse where creators and experts come together to give these virtual talks on different subjects.”
For anyone who would like to listen in to the Clubhouse series, a link is available on his Facebook account to request an invite on to the platform.
While Stewart keeps his nose to the grindstone, his family and community congratulate him.
“At first I thought the change would just be another one of Johnny’s hobbies, but when I saw how hard he was working and that first check came in, I was really proud of him.” Mrs. Stewart said. “Plus, one of the best parts of the channel is eating all the meals he cooks after he films.”
By Noah Davila
Staff Writer