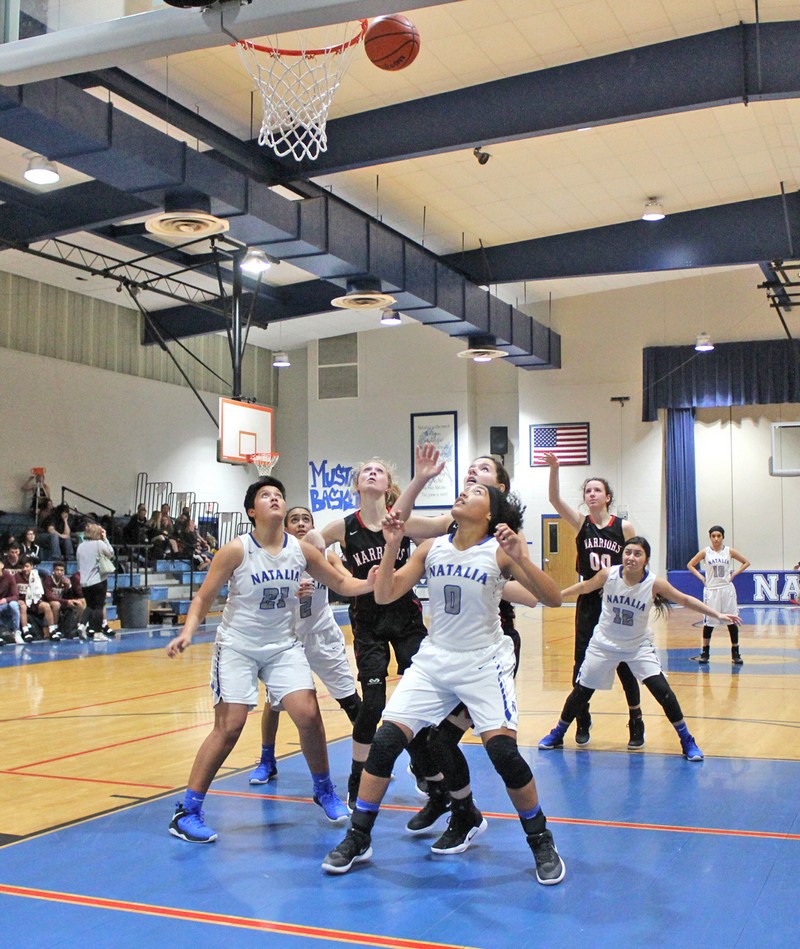 The Lady Mustangs had a strong weekend, finishing in a three-way tie with Leakey and Sunnybrook for the top spot in the Sabinal Tournament before officially taking 2nd place on a tiebreaker.
“It was a great tournament for our kids,” Coach Doug Lum said. “The kids really came together as a team.”
Natalia started the tournament by squeaking out a 43-42 win over Sunnybrook. Zita Perez led the Lady Mustangs with 16 points, followed by Sam Stallworth with 13.
In their second game, the Lady Mustangs beat Sabinal 39-35. Perez once again led the team in scoring, this time with 14 points, followed by Stallworth with 12 and Jelli Padilla with seven.
The Lady Mustangs then beat Center Point 39-34 before coming up just short against Leakey, falling 32-29. Destiny Zapata scored 13 points in the loss.
“Our kids battled till the very end in every game,” Lum said. “All the games were close and competitive. We learned a lot about ourselves this weekend. I look forward to continuous improvement.”
Natalia faced Leakey earlier in the week, dropping another close contest 39-36. Perez had 11 points, followed by KK Lara with seven, Padilla with six, and Stallworth with five.
“We started out a little slow and struggled with their size,” Lum said. “The kids battled really hard and fought to the end.”
The Lady Mustangs were set to face St. Anthony’s on press night, Dec. 11.
By Marly Davis
Staff Writer