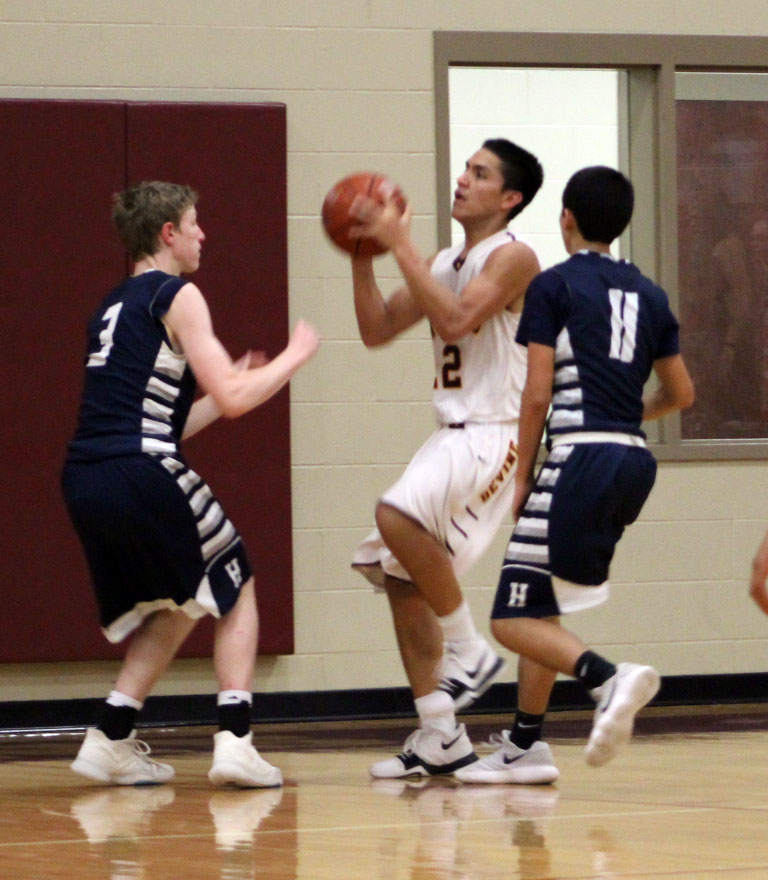 In their final game of the season, the JV Warhorses lost to Carrizo Springs on February 13. The Warhorses started off strong and led at the end of the first quarter at 13-12. But Carrizo Springs made some good shots and outscored Devine 15-5 in the second making the score at the half 18-27. The Warhorses picked up the aggressiveness in the third but were not able to keep up offensively. At the end of the third it was 28-40 and at the end it was 37-52. The Warhorses played aggressive defense but could not convert on offensive.
Playing for Devine in this final game of the season was Hunter Farias, Joseph Hernandez who scored 2 points, Mason Burford 7 points, Sage Ornelas 2 points, Jose Dozal 5 points, Damien Martinez 7 points, Willie Medrano, Isaiah Rejino 2 points, Sergio Martinez 4 points, and Andrew Perez 8 points.
“They ended the year with a winning record, they had a change to win every district game, and most of all they improved throughout the year,” said Coach Evan Eads.
The JV Warhorses ended the season 15-12 overall and 4-4 in district.
By Dicy Chambers
Sports Writer