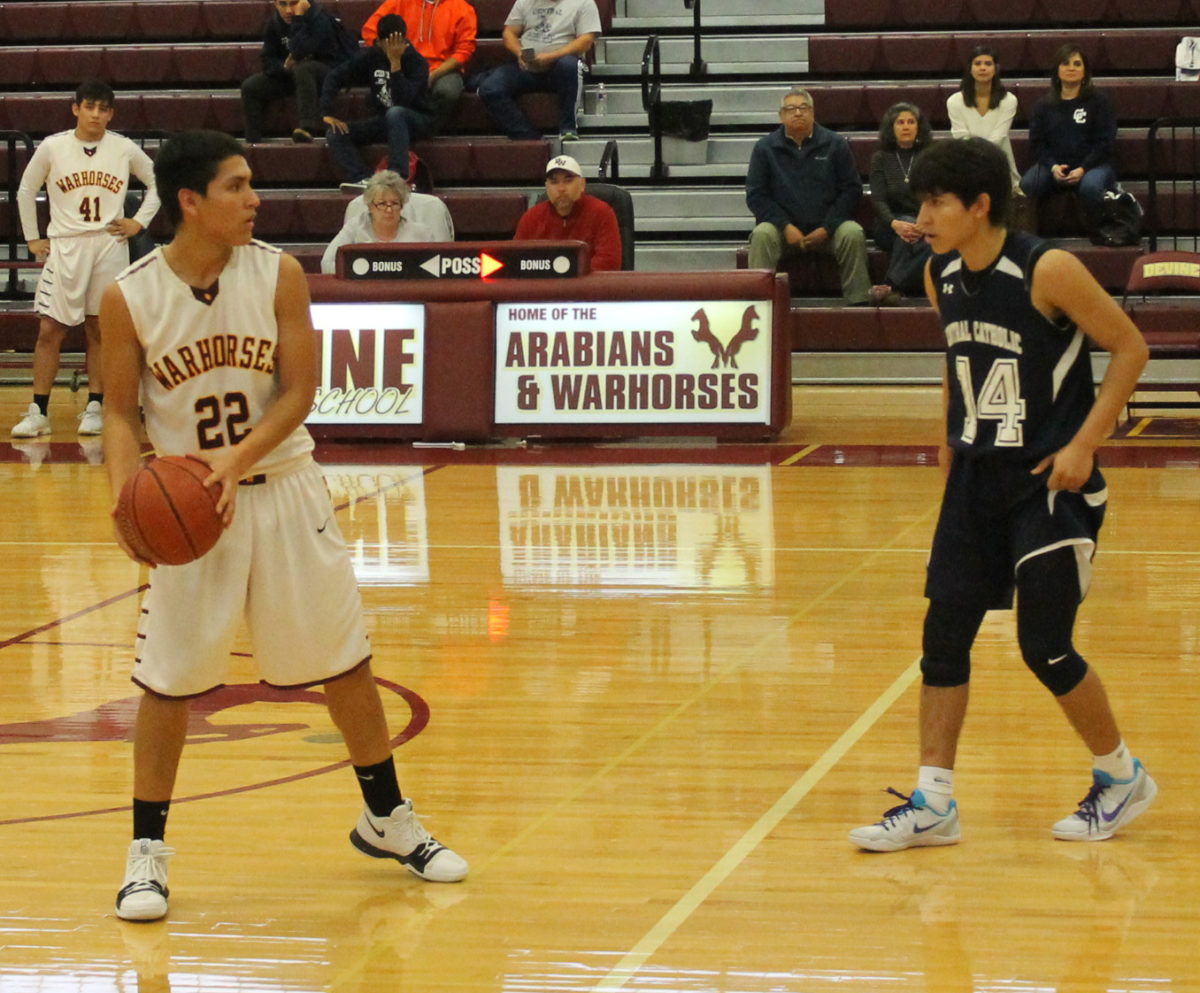 On the road is always tougher to play than at home but the JV Warhorses proved they are going to play hard home or away. Facing Crystal City in their first district game, the Warhorses played hard in a close game. After the first quarter the Warhorses only led by one at 9-8 and at the half they led 20-17. At the end of the third quarter, the game was tied at 26 and it took to the last 5 minutes of play for the Warhorses to break free and control the game. The final score was 44-34. Crystal City could not keep up with the aggressive defense and offense played by the JV team.
“As long as we always win the hustle stats we will have a chance to win,” said Coach Evan Eads.
Andrew Perez scored 15 points, Damien Martinez 14, Sergio Martinez 10, Mason Burford 3, and Sage Ornelas scored 2 points.
By Dicy Chambers
Sports Writer