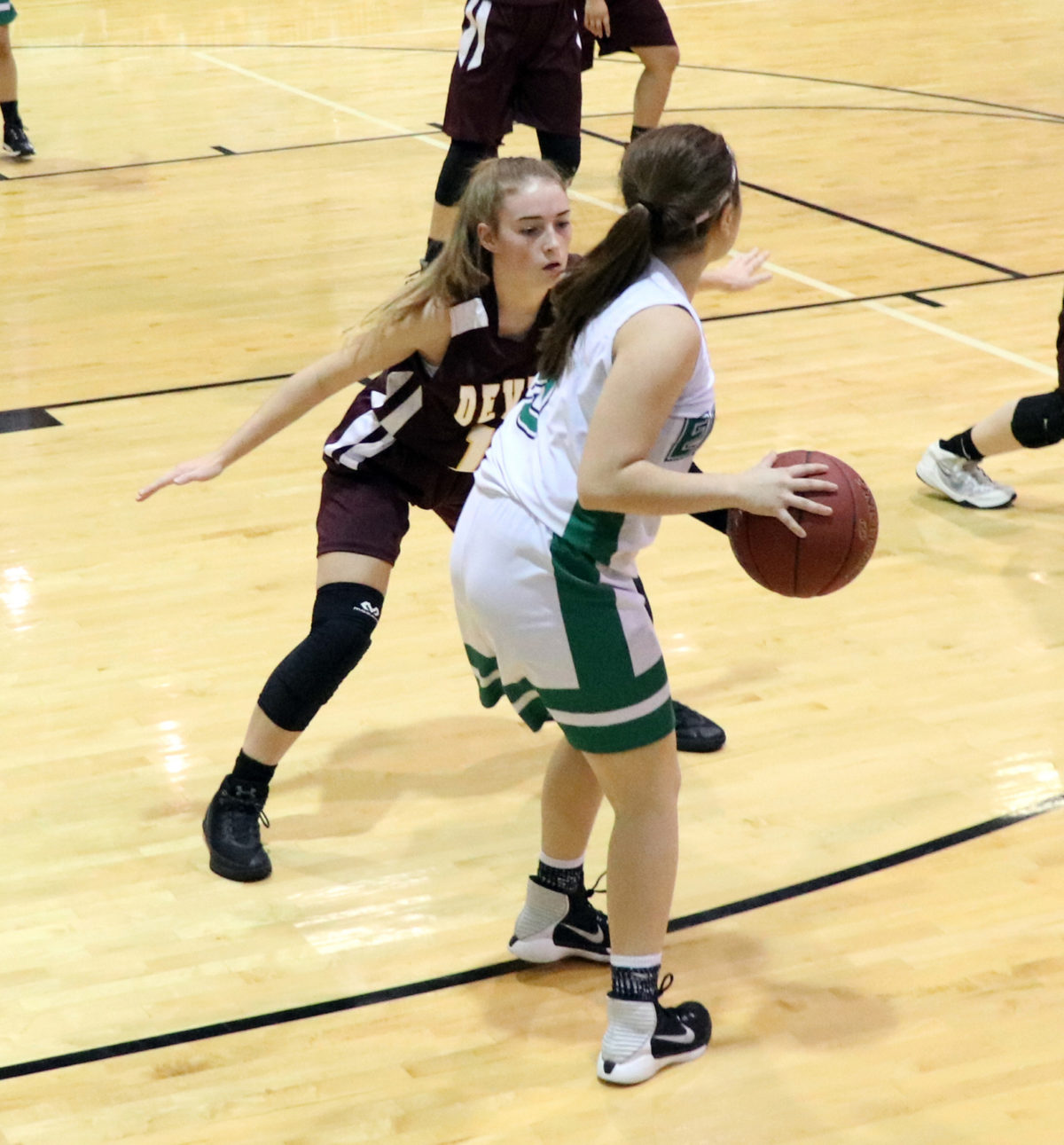 The Junior Varsity Arabians beat Cotulla 31-8 Tuesday night at home.
At the end of the first quarter the score was tied at 2 and in the third the JV Arabians held Cotulla to not scoring bringing the score at the half to 10-2. Coming out of the locker room in the second half, the JV Arabians started playing the game at their pace. At the end of the third Devine still lead 22-4 and continued to move the ball aggressively against Cotulla’s zone.
“All of the girls worked really hard in rebounding offensively and putting the ball back up,” said Coach Leigh Ann McIver.
Geyer lead in rebounds with 8 and 4 points. Pompa had 7 rebounds 4 points, Smith 6 rebounds, Rodriguez 6 points 5 rebounds, Howard 6 points, Aaron 5 points 4 rebounds, Garza 2 points 1 rebound and Morales 1 rebound.
By Dicy Chambers
Sports Writer