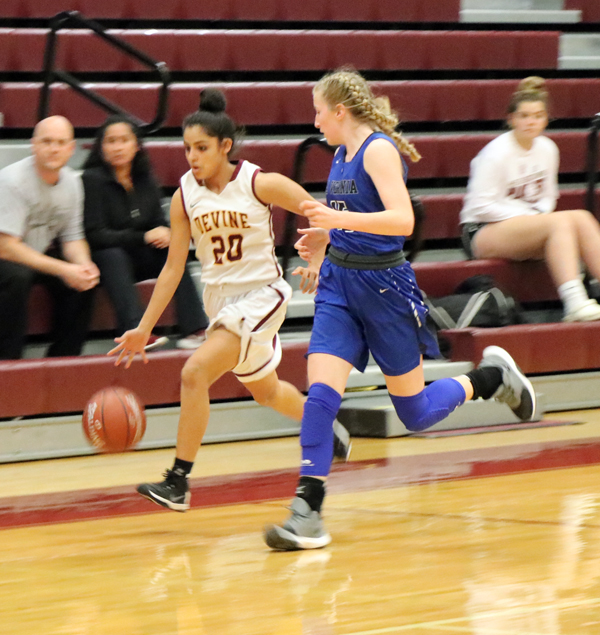 In their final two games of the season, the JV Arabians beat Crystal City and Pearsall. Under Coach Hannah Thompson, they finished their season 12-8 overall and 5-3 in district.
In their game against Crystal City on February 4th, the JV Arabians took control of the ball early in the half and controlled the tempo, not allowing the aggressive Javelinas to score. They held them to only 7 points in the first and a total of 11 in the game. Kendall Marek led her team with 10 points and Kaydi Yeats scored 9.
Emily Cruz 2, Rebecca Mares 4, Ebony Garcia 2, Marek 10, Yeats 9, Joselyn Guajardo 2, Brooklyn Crossland 3, Cece Elias 4. Q1 6-2, Q2 15-7, Q3 29-8, Q4 36-11. FTP 38%.
On February 7th, the JV Arabians faced their final opponent of the season and beat Pearsall 38-24. They ended the first quarter down 2-4 but came out in the second full of fire and took the lead 19-12. By the end of the third they increased their lead to 10 points. Winning the game 38-24, the JV team closed out their season on a high note.
By Dicy Chambers
Sports Writer