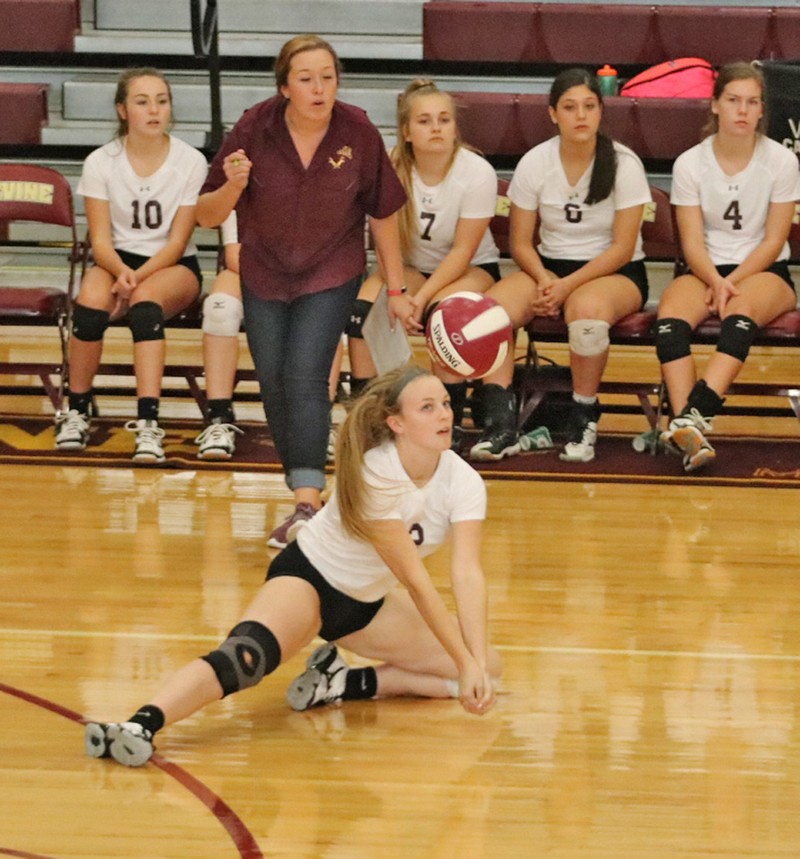 The JV Arabians fought an aggressive team last Tuesday and lost in two matches against Wimberley. They started off strong with a 5-0 run but simple mistakes fought against them as much as the Texans did. Wimberley was able to capitalize on the mistakes and win the first match 21-25. The JV momentum faltered in the second match and it was quickly over 25-8. Aces Brooke Dubose 2 and Heidi McLaughlin 1. Sydnie Harrell 4 kills, Allyson Taylor 1, Kennedy Duncan 1, Allison Stevens 1 kill.
“This was a difficult loss to swallow as we started off strong, aggressive, and motivated in the first set with a 5-0 run. We slowly lost momentum along with set 1. Set 2 was a struggle to gain any rhythm as we kept making simple errors that piled up quickly on the scoreboard. We need to embrace the competition in each challenge, each point and relish in the intensity of the game. We will embrace the challenge (of the next game),” said Coach Megan Perez.
Friday night was an intense battle for the JV Arabians when they faced Marion. The first game started off tough with errors but as the game continued the team kept working hard and communicating. The second game showed their improvement and the Arabians made Marion work hard for their win. The set scores were 18-25 and 24-26. Harrell had 7 kills, Duncan 4, Stevens 1, Janae Wofford 1, Kenzie Schneider 1, and Isellia Gueterrez 1 kill. Taylor, DuBose, Destiny Moralez, and Stevens each had 1 ace.
Coach Perez had this to say about the game, “This was a well fought battle Friday night. Although we lost, we made tremendous improvement and I am very proud of how we played. I’m excited to use this momentum to compete against La Vernia on Tuesday.”
By Dicy Chambers
Sports Writer