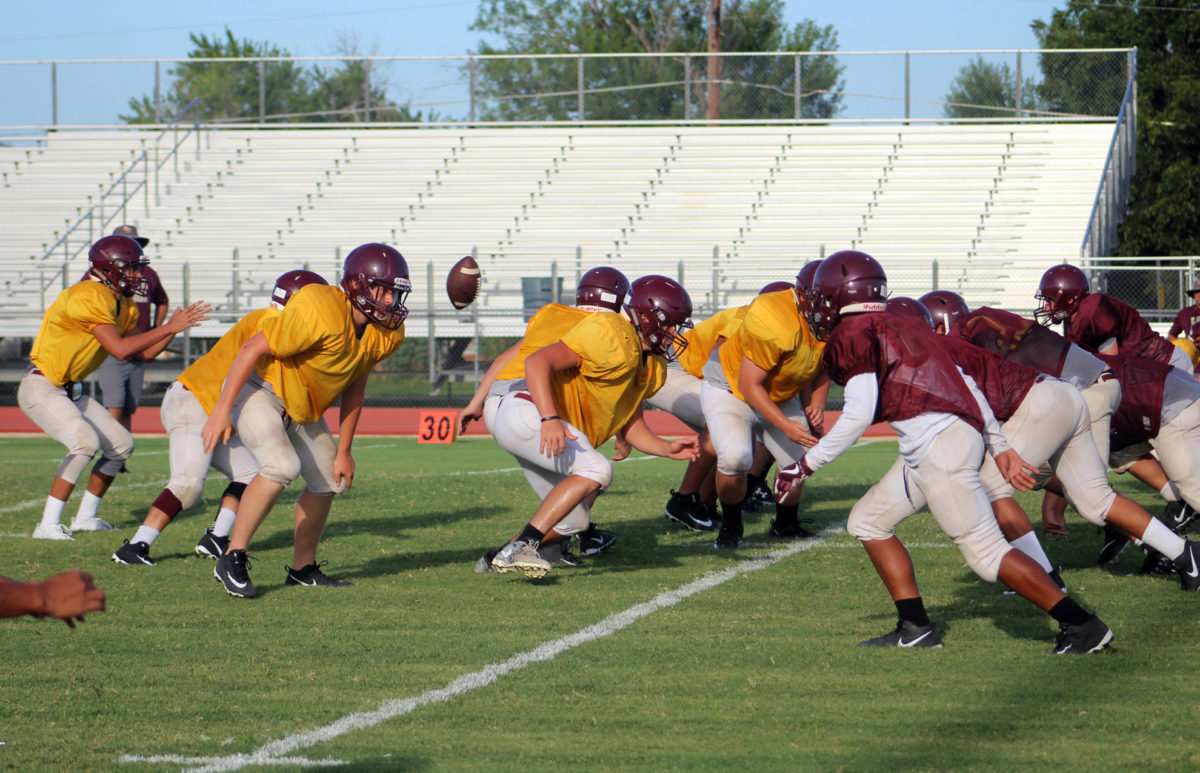 The varsity, JV, and freshmen Warhorses hosted their inter-squad scrimmage last Thursday at Warhorse Stadium. The annual scrimmage, or “glorified practice” as most coaches refer to it, enables the coaching staff to get all players on film for a more in depth look at how each player is doing at their position.
“Getting the practice on film and being able to show the players their alignment, keys, and reads really helps further them along with their development,” stated Head Coach Paul Gomez. “The coaches are able to see a lot of things from a higher angle that they may not be able to see at ground level. The practice is beneficial to all involved.”
Being able to get in the Warhorse Stadium also helps eliminate some of the nerves some of the younger players have about the upcoming season. Some of those nerves will be further eliminated, as Devine will host a scrimmage against Navarro beginning at 5:00 pm.
By Jerel Beaty
Staff Writer