Icy conditions led to many minor accidents and a couple of major accidents this Tuesday including one in the northern part of the county that caused something we rarely see in Medina County—a 8-10 vehicle pile-up. According to Sheriff Randy Brown, the county had seen close to 10 accidents in all when we inquired around noon this Tuesday. Medina County was also hit extremely hard by power outages, especially in rural areas.
“The biggest accident so far involved 8-10 vehicles in northeast Medina County around noon today,” said Medina County Emergency Manager Keith Lutz. We don’t see too many pile-ups like this in Medina County. That’s for sure….It happened north of Mico and the Medina Lake area. There’s ice everywhere on the roads up in that area, and several vehicles crossed a bridge and then slid into one another as they came over a hill. There were also the accidents which shut down I-35 outside Devine, but thankfully there haven’t been any serious injuries reported.”
The three separate accidents right outside Devine that he’s referring to all occurred on the same icy stretch of road along I-35 near MM121 around 11 am. These accidents involving two 18-wheelers and a pickup truck pulling a trailer, forced authorities to shut down I-35 for a time, causing traffic to be re-routed through Devine until I-35 was re-opened at 2:15 PM.
“The two 18 wheelers jackknifed while traveling south bound and a 3rd accident with a pickup truck pulling a trailer was headed north,” said Mike Walker, Devine Volunteer Fire Chief, who was one of the many first responders braving the freezing temps. “Around noon, Tx Dot sprayed the bridge and it was starting to sleet in the area at 12:45. A fourth accident happened in the northbound lane as a car slide into the guard rail.”
School districts closing shutting down all across Medina County this Tuesday surely helped, reducing traffic a great deal as temperatures dipped well below freezing.

“I think the fear was even if you can get the kids to school before it freezes, how are you going to get them home later that day?” said Lutz. “A lot of people have heeded the warnings thankfully. All of our school districts were on the same page, and it really helped keep traffic down.”
Medina Electric reported having over 3,500 power outages at one point in Medina County around 10 am this Tuesday, and as we were going to press, crews were working on whittling down that number. As of 2:20 pm Tuesday, Medina Electric reported about 1,896 still without power across their service area. A majority of those outages were in Medina County which had 1,700 without power at the time (though that is a rough estimate as crews are hard at work, focused on restoring power at the time).
“Medina County was definitely hit the hardest,” across the Medina Electric coverage area, said a representative from Medina Electric. “Two substations were impacted, so it affected every feeder off those two substations. With that many people out of power at once, picking the load back up is something that has to happen in small steps and very systematically so that the system isn’t overloaded again.”
If your power goes out, please turn off your heater in order to avoid more outages.
Representatives of Medina Electric explain: “One of the issues that’s very common in our industry when restoring power during cold snaps is that when power is restored every heater and auxiliary heat fires up at the same time. This can cause a line to be overloaded and cause additional outages. Our crews are encountering this with these outages.”
Multiple roadways and bridges in Medina County began to ice over Tuesday morning. The Medina County Sheriff’s Office issued a warning to be careful on these roadways including:
FM 462 – north of Hondo
HWY 173 – north of Hondo
FM 1283 – near the Bandera County Line
FM 1957 at FM 471
HWY 211 at Geronimo Creek
FM 471 at IH 35
FM 3176 at IH 35
By Kayleen Holder
Editor 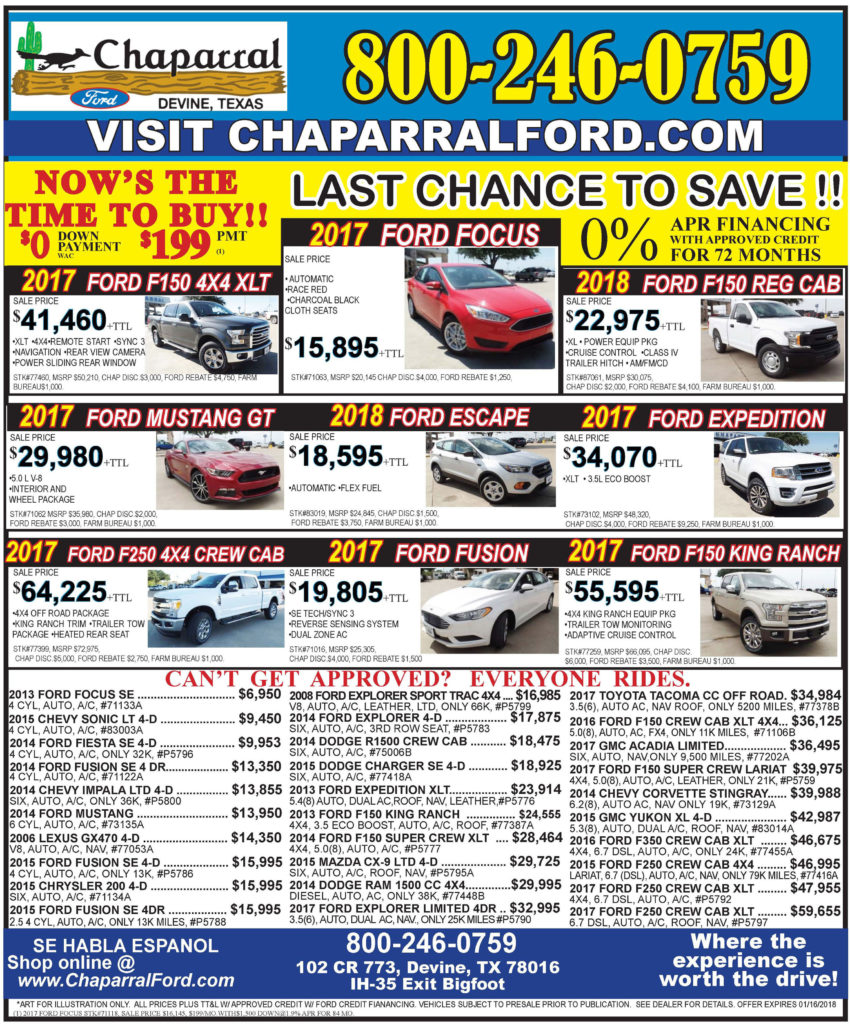