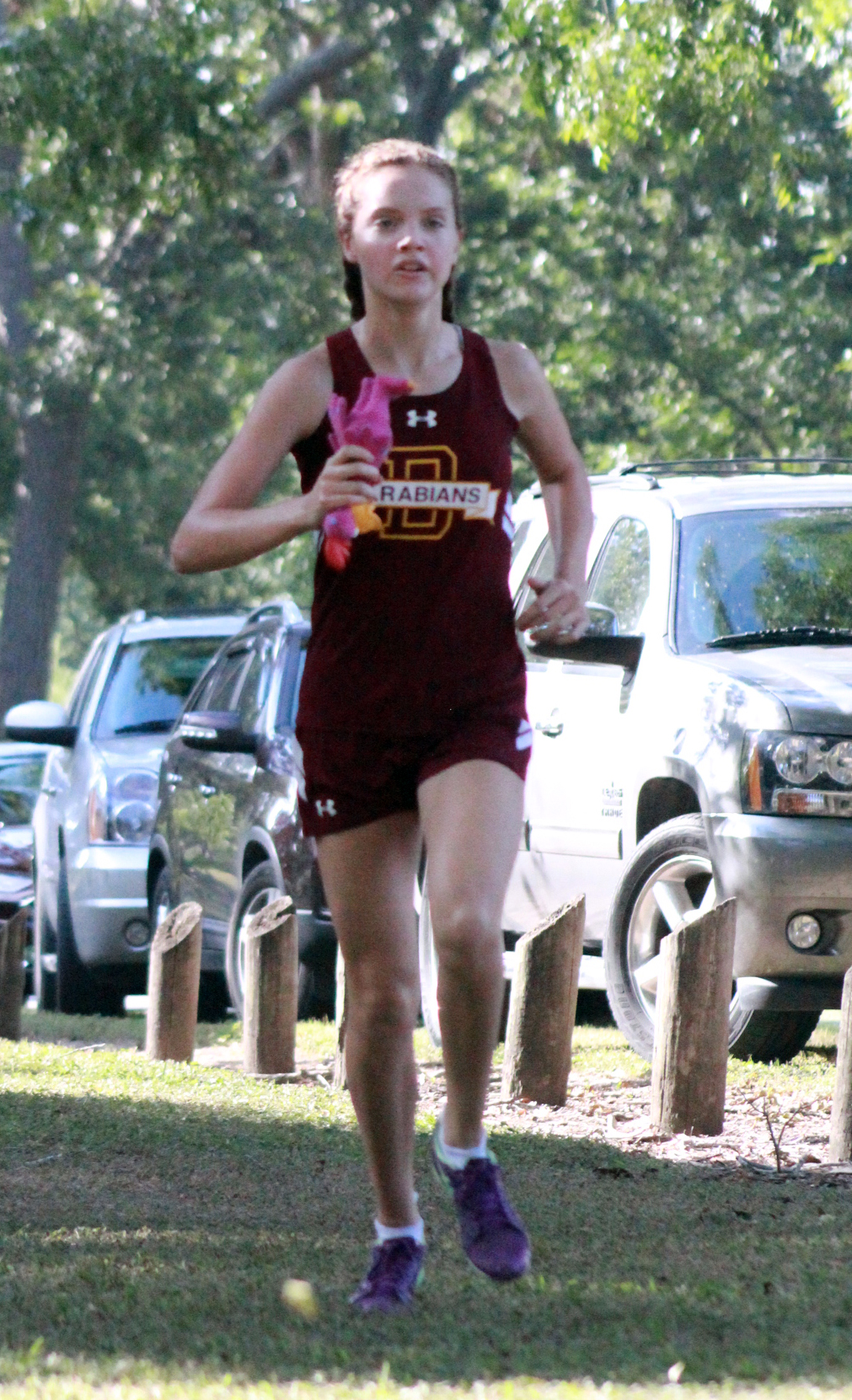 The Devine Cross Country teams competed in Gonzales this past weekend in a relay-style team race. The varsity divisions competed in teams of three to run 6 miles total, whereas the JV competed in teams of three but only completed a total of three miles.
“The runners hard work over the summer and the past three weeks paid off big time,” stated Head Cross Country Coach Khera Vay. “From day one, week one of practice to Saturday there were improvements among all runners in miles-times ranging from 15 seconds to a minute and 15 seconds.”
Coaches formed the 3-member running teams but the individual athletes had to evaluate each other to determine the best racing order. “It was a great experience for them to get to know each other’s racing styles and strengths during a race,” Vay continued.
The team of Maria Murillo, Esperanza Mendoza, and Brianna Bernal finished in the top 6 to earn a medal. The varsity boys fared well finishing in the top 13 teams. Each of the 23 kids who competed proved to themselves that they are capable of anything they set their minds to.
“I feel this was a great start to the season. It will show the athletes that they can run longer, faster, and stronger than they give themselves credit. We are looking forward to our first traditional race this Saturday in Pearsall.”
Final individual running times were not accurate due to the nature of the relay-styled race; therefore, the times are not listed. Running for the Arabians were Abigail Whitaker, Brooke Runyan, Brianna Bowyer, Jasmine Stricker, Alexis Shook, Victoria Whitaker, Lorena Chavera, Grace Singleton, Victoria Gonzales, and Ana Valerio.
Warhorse runners were Connor Radicke, Xavier Garza, Damian Martinez, Christian Osorio, Deme Santana, Michael Reichel, Ismael Vera, Zachary Alvarez, Andy Cordova, and Matthew Madrid.
Varsity girls will race at 9:00am, varsity boys at 9:30am, and combined JV teams at 10:00.
Runner of the week
This week’s runner of the week is junior Connor Radicke. Connor’s selection was based upon his leadership capabilities and for being a great role model. His work ethic alone keeps the boys motivated to get better.
Connor possesses a great team-first attitude, willing to give rides when needed and to take care of his teammates. Connor tweeted out about his love for his team quoting Lilo and Stitch, “Ohana means family, and family means no one gets left behind.”
Connor has been very pro-active in taking care of his chronic shin splints. Being a cross-country runner means enduring aches and pains. Connor does that, and then some. The coaching staff is looking forward to great things from him this season!
By Jerel Beaty
Staff Writer