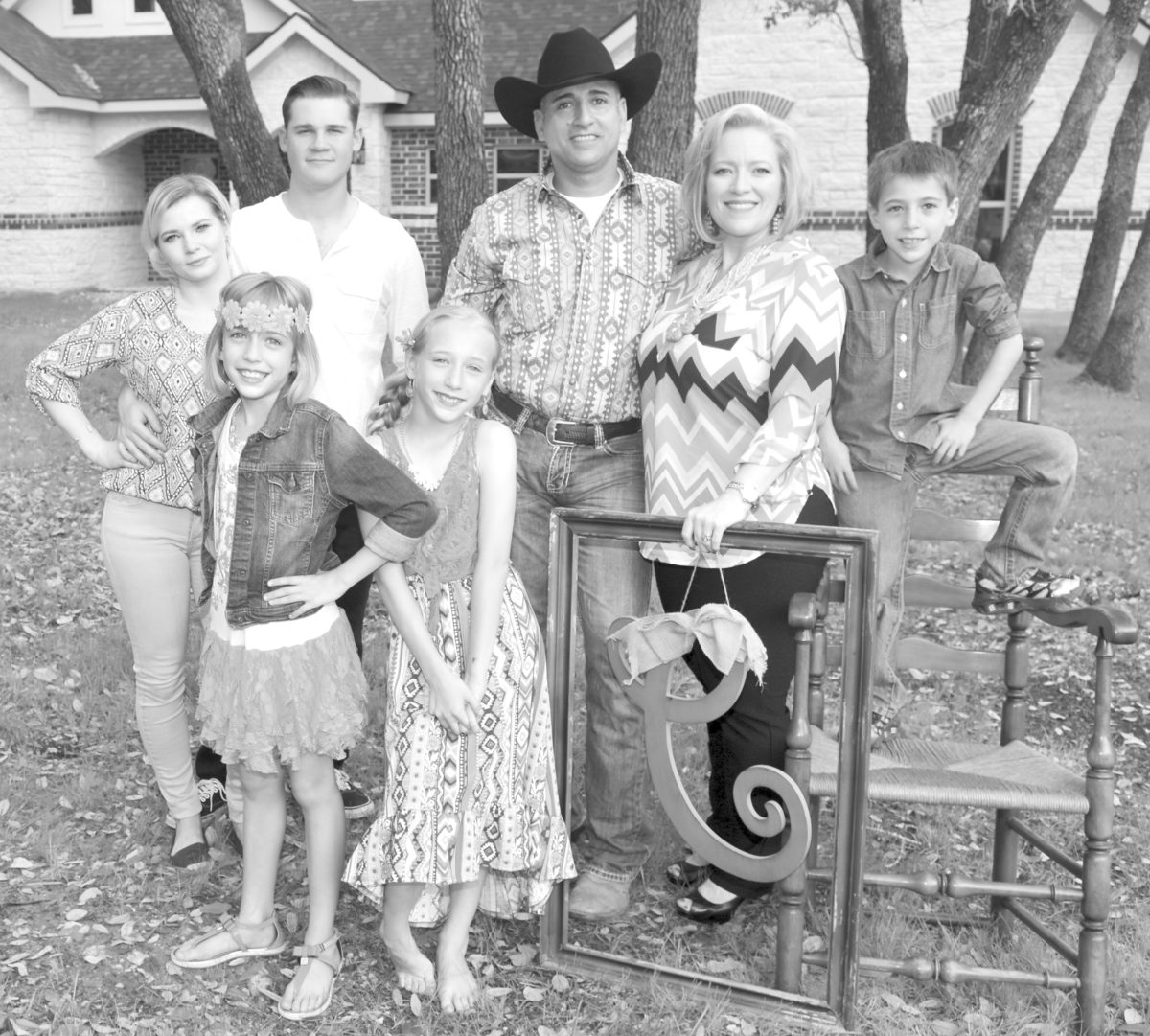 Recalling his high school days, Shaon Chohlis admits that some of his teachers were probably glad to see him graduate, especially Ag teachers Travis Byrom and Phil McAnelly. Calling those particular teachers “Partner,” driving his dad’s van on the school sidewalk, and doing burnouts in the Ag truck in the school parking lot are some of the antics this kid, who asserts that he is, in fact, good-hearted, pulled while in school. But he doesn’t take all the credit. Others who joined in the fun – buddies who were friends then and still are today – include James Ross, Bobby Keylich, Shayne Rice, and Billy Kuykendall.
Shaon grew up on Black Creek Road with his mother, Lenore, his dad, David, his little sister, Jennifer, lots of animals, and a big garden. His parents were both gifted artists: his mother at drawing and his dad as a potter. But Shaon’s artistic talents took a different direction. While his family traveled all over the state selling art at shows, Shaon says, “I was out removing every screw on my dad’s van that I could reach and taking apart anything else I could find with a screwdriver.” As he grew older, Shaon could always be found in his grandpa’s barn, rebuilding carburetors or engines and swapping out transmissions for all of his buddies’ trucks. As for today, he says that those early “handy man” skills “that made my parents crazy” turned into the ability to tear down, fix, and rebuild anything mechanical, a gift that has sustained him throughout his adult life.
Following graduation and a brief move to California, Shaon settled in Corpus Christi, where he worked at Koch Refinery. There, he learned the land surveying trade. After two years, he moved back to Devine to be with his mother, as she was battling cancer. During the next ten years, Shaon worked in San Antonio at M.W. Cude Engineers as a land surveyor.
Meanwhile, Shaon met his wife, Ashley Gunn, who lived in Floresville, so he left Cude to work for J.T. Vaughn Construction to be closer to his new home. When his construction project with Vaughn ended, Shaon was going to be sent to Laredo to build a hospital, but he didn’t want to be so far from home, as he and Ashley had just discovered that they were expecting twins! So, as a result of Shaon’s good reputation, he was able to get a local job at a new HVAC company.
For the next nine years, Shaon worked as a lead installer and later became the Installation Field Supervisor, “working with some of the best in the industry,” he says. As the company grew into the largest residential AC/heating company in San Antonio, Shaon became a very skilled technician, gained his NATE certification, and installed over $2,000,000 in sales, annually.
Meanwhile, Shaon’s family life was becoming more hectic, as the couple now had three children, Ashley was a school principal in the East Central ISD, and Shaon found that the many hours he was dedicating to work were making it difficult to be the involved father he wanted to be. He says, “I didn’t want to miss out on driving the kids to school, T-ball practice, gymnastics, and getting to enjoy the occasional date night with my wife.”
So, Shaon made the transition to a smaller HVAC company that had set hours and that was closed on Saturdays. He worked there for two years until he decided to strike out on his own and started Gunn Air Conditioning and Heating, LLC.
To explain the name choice of his new company, Shaon says, “The only people on earth who know how to pronounce my name – Shaon Chohlis – when they read it, are those from Devine, Texas!” So, he chose his wife’s maiden name. He knew it would be easy to remember and it was easy to come up with several catchy slogans. They landed on this one: We’ll Shoot You Straight. Shaon admits that managing his own business is hectic, but, gratefully, it has provided him with the flexibility he wanted with his family.
Shaon and Ashley are very proud of their children and grandchild. Their oldest son, Dillon Adams, who is serving in the Marine Corps in Okinawa, and his wife Christina, have a new daughter, Mia. Shaon’s and Ashley’s twin daughters, Callaghan and Berkley, who are almost 11 now, have a jewelry store on Etsy.com. Their youngest child, Canyon, who is seven, is looking forward to taking over his dad’s business some day. Shaon amusingly adds, “But for now he’s happy taking apart everything he can get his hands on and hiding his dad’s tools.” Shaon adds that his dad, David (Papu), enjoys those stories.
Vacation time often finds the family enjoying road trips across the country to see “national parks and monuments, shady shores, and snow-capped mountains,” Shaon shares. They also enjoy the Caribbean, “with the blue, blue water and Corona in the tiny bottles.” This summer’s big trip will be to Dale Hollow Lake in Tennessee to enjoy it’s, “clear water, bountiful fishing, a double-decker pontoon boat with a slide, and seeing lots of family and friends.”
But, on weekends, predictably, Shaon can mostly be found in his shop, where he works on classic cars or on trucks of some of those same high school buddies – friends who still hang out together in his shop as often as they can.
Shaon enjoys seeing his son running around the shop or driving the tractor, barefooted, of course, just as Shaon used to do out at his grandpa’s farm in Devine. He says that he and his friends often talk about the good ol’days, but for Shaon, these days are the good ol’ days!