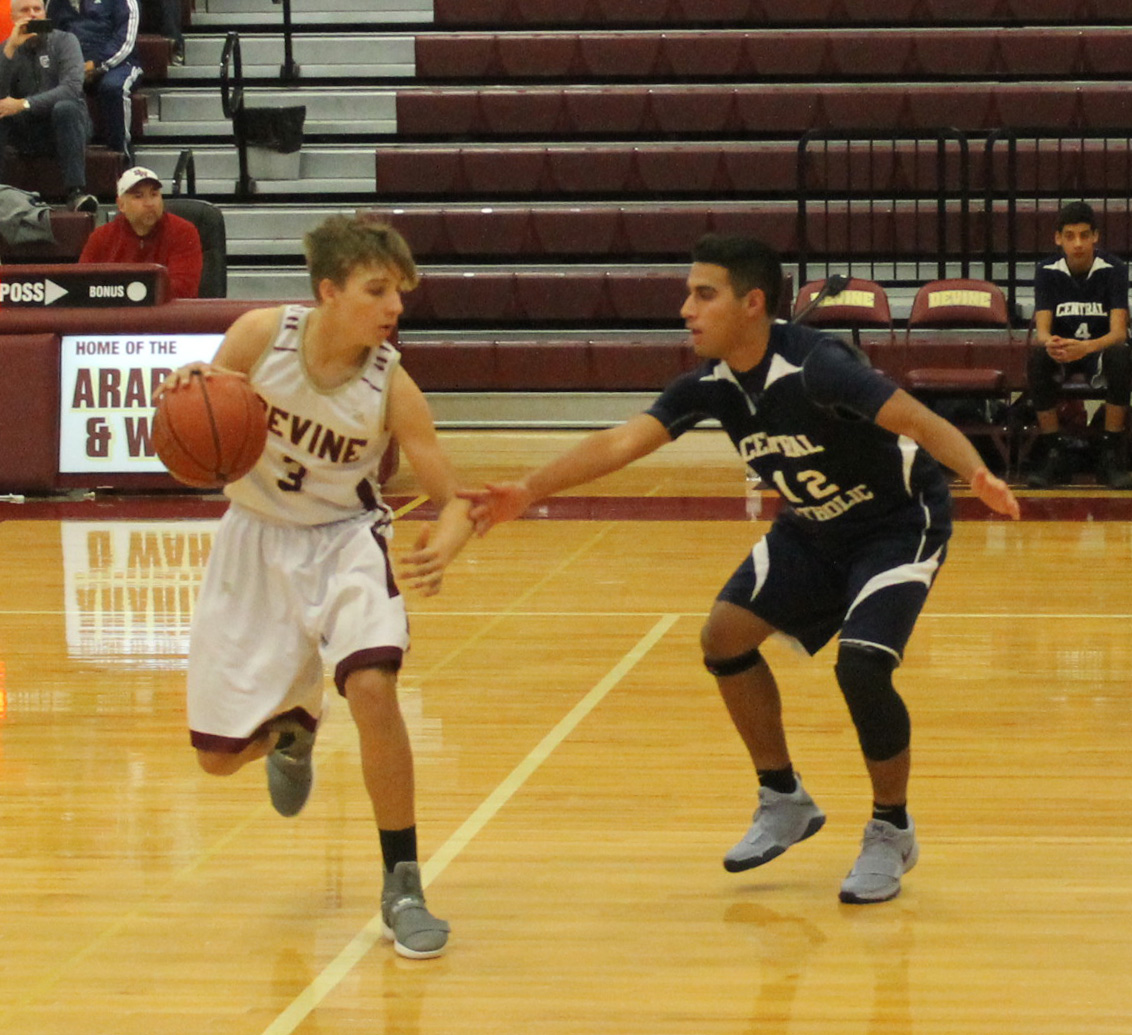 Central Catholic lost to the Freshmen Warhorses in overtime on January 3rd. In an aggressive game the Warhorses led at the half 20-19 but at the end of the third they were down 28-29. Pushing hard and playing aggressively they tied the score at 39 at the end of the fourth.
Coming back to the court in overtime, the Warhorses made each possession count. “All I can say is WOW! That was a fun game to be a part of! I was so proud of the way the team fought, and gritted out a tough overtime game. Everyone who touched the floor competed their tail off. Collin Dishman and Xsavior Martinez both hit huge threes in the clutch to help secure the victory. Christian Gerlach came up big time in overtime scoring 6 of our 11 overtime points. He also went 2-3 from the free throw line in OT. This game was just an overall great win against a tough Central Catholic team,” said Coach Quenton Sanders. The final score was 50-48.
Martinez scored 19 points for the Warhorses, Dishman had 10, Gerlach 8, John Schnautz 6, Westin Byrd 4, Hunter Reyes 2 and Trace Seguin had 2 points. The Freshmen Warhorse’s current record is 7-10.
By Dicy Chambers
Sports Writer