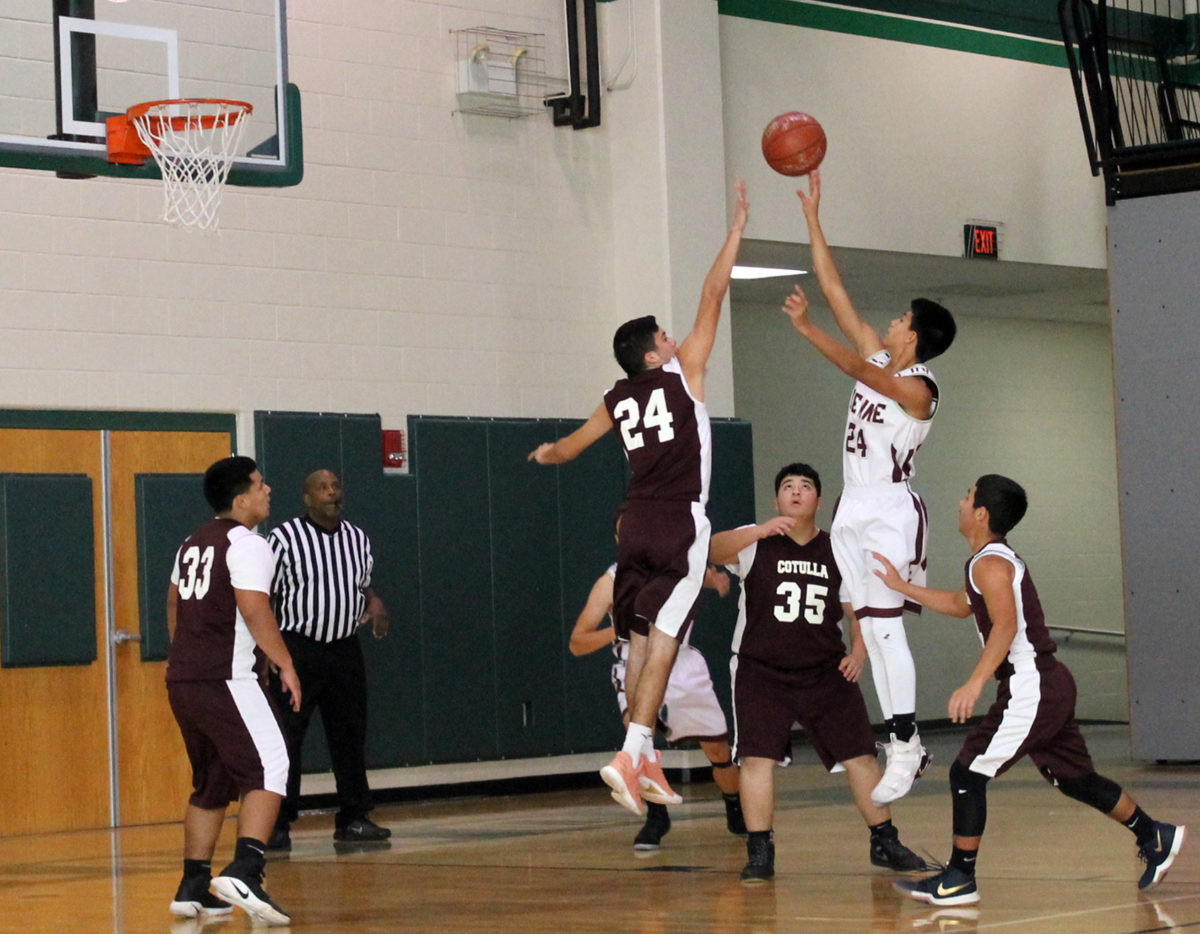 Over the weekend the Freshmen Warhorses competed in the 9th grade tournament in Pleasanton and brought home third place. The Warhorses opened with a big win against Cotulla. Able to outscore the Cowboys every quarter and maintain a strong defense led to their first victory. Colin Dishman had 13, John Schnautz 12, Xsavior Martinez 8 and Matthew Madrid had 2.
Veteran Memorial was a tougher opponent and they outscored the Warhorses 48-25. Dishman had 9 points, Hunter Reyes 3, Ryan Applewhite, Martinez, and Madrid each had 2, and Christian Gerlach and Zach Alvarez each had 1.
In the third game against Kennedy, the Freshmen Warhorses fought hard but lost by one. In the 27-28 game Martinez scored 12 points, Madrid had 9, and Dishman had 8.
In the final game for third place against Pleasanton, Trace Seguin shot the game winning shot with 1.7 minutes left on the clock. The final score was 28-27. Martinez had 9, Madrid 7, Schnautz and Dishman each with 3, and Reyes, Westin Byrd, and Seguin each with 2.
Coach Quenton Sanders said that his team is coming together and is showing a lot of progress. “Dishman has done a good job at the point guard position and running the team on the floor. Xsavior Martinez competes like no kid I have ever seen. John Schnautz has been a huge presence in the paint. John makes us tough to keep of the boards.”
By Dicy Chambers
Sports Writer