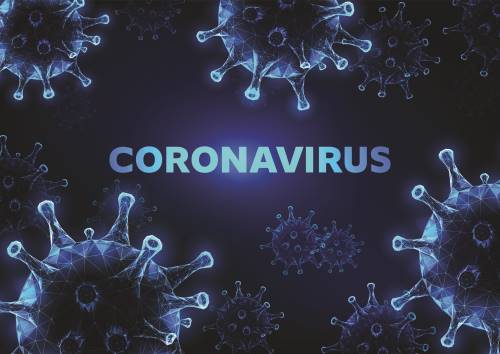 “The strain was identified from samples that are randomly selected and sent to the CDC for surveillance purposes. This variant seems to be more contagious and can spread more easily from person to person. Per CDC, so far studies suggest that antibodies generated through vaccination with currently authorized vaccines recognize these variants.”
We asked Dr. Richard Neel, MD,MPH for his thoughts on the new strain.
“The British variant is supposedly more contagious and more deadly. However, Covid is really on the down slope here, and my hope is that will continue. The real test will be Spring Break, and whether or not there will be a surge after that. I’m pretty optimistic that it will be small even if there is. That’s my hope,” Dr. Neel said.
“Also, I see no reason why melatonin wouldn’t work for this variant as well. For all we know, it could have been circulating for a while now. Just because they just picked it up doesn’t mean it hasn’t been around. It could be the reason some people, even young people, have gotten so much sicker than others for a while now. There are a lot of unknowns that are just not in the literature yet. Why do some people have such a rougher time getting over this than others? There is a lot of things about this virus left to learn, and that’s one of them.”
According to the CDC, the emerging variants CDC is closely monitoring have mutations in the virus genome that alter the characteristics and cause the virus to act differently in ways that are significant to public health (e.g., causes more severe disease, spreads more easily between humans, requires different treatments, changes the effectiveness of current vaccines). It’s important to understand that genetic mutations are expected, and some variants can spread and become predominant while others subside.
Dr. Neel adds that “The bigger legacy of this virus is really that –for every 1 person who dies, there’s 5 struggling from the after affects of Covid. I’ve seen many patients who have continued to struggle for a long time. Pulmonary lung scarring, strength and stamina, brain fog, and a whole other host of issues occur in many people after a Covid infection,” Neel said.

“It’s supposed to be a pulmonary disease, but it’s affecting hearts, kidneys, and livers. A pretty good number of people are also getting pancreatitis afterward,” Neel said.
Kidney foundation reaches out in wake of Covid
The Texas Kidney foundation is reaching out to Texans, offering a free at home test in the wake of Covid-19. A representative speaking the local TV news stations stated that a large percentage of “recovered” Covid-19 patients discharged from the hospital have been “diagnosed with some degree of kidney disease.”
As part of an awareness campaign, the Foundation offers a simple “pee on a stick” test that you can take at home, so the community can take quick action to address any kidney damages. Sign up at https://txkidney.org/silent-but-deadly-campaign/
Free at-home screening kits* will be sent in the next several weeks and are limited to the first 10,000 requests. The Texas Kidney Foundation is working to increase the number of free at-home screening kits available for our community.
*We will begin shipping at home tests on May 17, 2021. Please take your pre-screening test now to determine if you are at risk for kidney disease.