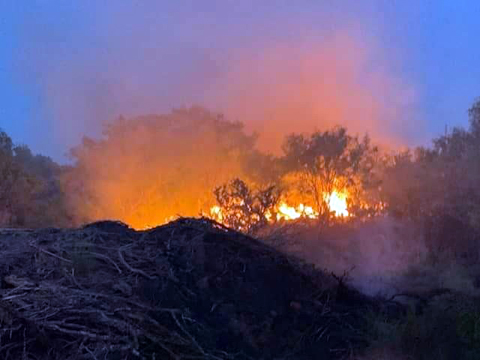 Area volunteer firefighters responded to multiple big wild land fires that burned over 200 acres this past Saturday and Sunday evenings into the early morning hours of Monday. But these monstrous fires were no match for the 30+ dedicated volunteer firemen who answered these 911 calls for help. After working a fire early Saturday around 1 pm, and a rollover accident around 3 pm, volunteer firemen received the call for a large brush fire on CR 2880 around 9:56 pm, and crews were out there until 2 am Sunday morning. The fire started back up again Sunday afternoon and firefighters again battled it all night long into Monday morning. 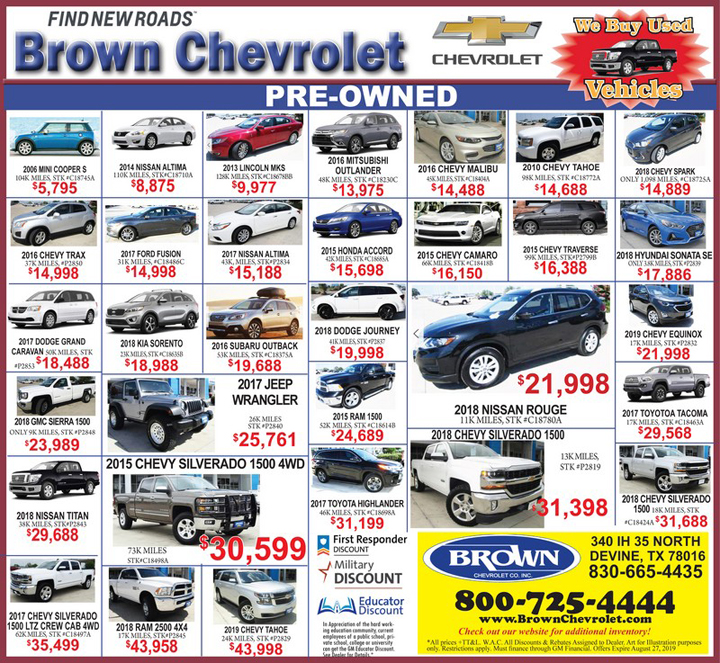 As Bigfoot VFD, Devine VFD and Moore VFD battled the site of the large 115 fire off CR 2880 in Bigfoot, the blaze even jumped FM 472 Sunday night, spreading to another ranch. The Texas Forest Service was paged for assistance Sunday night, and they arrived armed with a half dozen trucks and 2 bull dozers to help with the 70 acre fire on FM 472.
The local fire departments were finishing up with the 115 acre fire on CR 2880 around 1:00 am Monday morning when one firefighter asked if anyone else had seen that “orange glow”. Upon investigation, another 25-acre brush fire was located about a mile away on a ranch on the other side of CR 2880.
The nearest hydrant took the water tankers about an hour round-trip to re-fill, so they coordinated to make sure there was always a full tanker ready to refill the trucks.
The last unit cleared at 2:46 am Monday morning. But then it wasn’t over yet. Firefighters were called on again this Monday afternoon, and worked another 4 hours to put out hot spots.
“I would like to say Thank You to all of our neighboring departments,” said Bigfoot VFD Lieutenant Denise Woody. “We couldn’t have survived the weekend without them…..When they arrive on scene, the only thing they ask is ‘Where do you need us?'”
Exhausted beyond words, after fighting multiple large brush fires totaling over 300 acres in the past two weekends, Lieutenant Woody is touched by the way all volunteer firemen from so many neighboring communities came together to fight this fire to the end.
“That last fire (around 1 am Monday morning) was the coolest experience I have ever had in firefighting,” Lieutenant Woody said. “I had gone up to a high spot to watch, and it was just amazing. We were all beyond exhausted, but the hum of the 6 trucks in the distance and the way they put out the fire in unison was just beyond words. It was very late, and it was asking a lot of everyone to stay, but they did. I just want everyone to know how much we really, really appreciate it. Many of these guys had to go to work Monday morning after a lot of hard work and no sleep Saturday and Sunday nights.”
Before this past weekend even started, volunteers fought another difficult fire on Thursday, August 15, when multiple departments assisted with a wild land fire in Moore VFD territory. Texas Forrest Service was also called in to assist due to the difficult terrain in the 16-acre fire.
“We are just now getting into wild land fire season, and if it’s this bad already, things are not looking good for the fall, which is usually the worst,” said Moore VFD Chief JD Earls. “Now is the time of year where donations are greatly appreciated, if you want to drop off some water or Gatorade. We are all short-handed.” 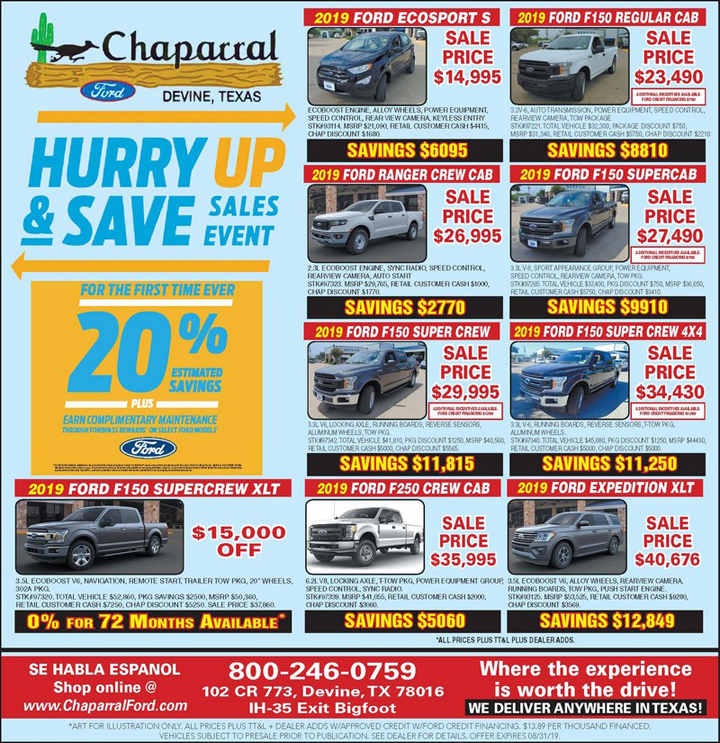 Monday morning, Devine VFD Chief Mike Walker stated, “Volunteers are getting pretty worn out, and these fires have been hard on our equipment as well. We are running these trucks for 6-10 hours at a time on these big wild land fires, and it’s a heavy work load. Around midnight, we were about to finish up after the Sunday night fire in Bigfoot, and just as we were leaving, we found out the fire had jumped the FM road. So we finally finished up and came in at 2:30 am this morning.”
Volunteer or donate POPCICLES, water, Gatorade
Call Bigfoot Chief Mark Leach to volunteer at 210-213-0554. Drop by to donate water or ELECTROLYTE POPCICLES for volunteer firemen at the station located at 13988 FM 472 in Bigfoot. They hold their meetings on Thursday at 7pm.