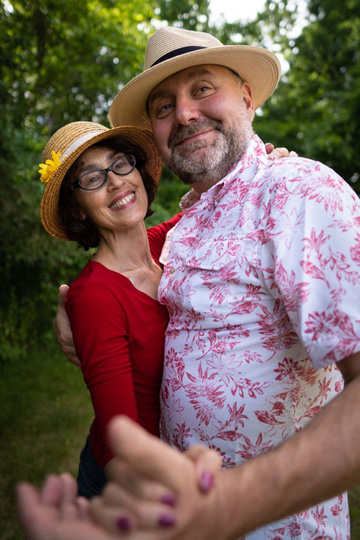 Not only is the new cancer-fighting agent, Elenagen, offering enormous hope to cancer patients and families across the world, but it also represents the power of a never-ceasing, resilient, undying true love. The drug is one-of-a-kind so to speak due to the “serendipitous” way it was discovered.
Biomedical scientist Alexander Shneider named the drug packed with so much hope in honor of his lovely wife, Elena Shneider, a Boston nurse, who continues to be his inspiration and his biggest supporter.

“For 31 years, I never bought my wife a single piece of jewelry (except two elegant yet inexpensive stars of David),” Shnieder said. “But I spent millions of dollars to create a cancer treatment and name it after her, Elenagen.”
In recent exciting news, Elenagen is proving to help many cancer patients, even those who were not responding to other treatments. Termed “salvage” cases, Elenagen was found to have significantly helped inoperable late-stage cancer patients.
In celebration of this breakthrough drug’s success in recent weeks, Shnieder shared the story of how Elenagen came to be, and told the story of his true love, whom the drug is named for.
“Everything I did or ever will achieve has been possible because my beautiful and feminine wife gave me her full support without ever asking anything in return. To be precise, without asking for anything tangible, because the rest she had from me without asking.”
“And how can one ask for love, devotion, and admiration? She has been supporting me in my research journey like my great-grandmother supported my great-grandfather in his studies of Tora. And, if my work would result in saving millions of men-years of cancer patients, it will be her inconspicuous devotion and trust in me, which saved these people.”
The creation of Elenagen, specifically, started about 10 years ago, but Shnieder’s love for biomedical science that led to this great discovery, began when he was just a boy.
“One can say, that my work started when I was 15 and got creasy about biology,” Shneider said. “I was a little ahead of other students in school. I co-authored my first patent for an anti-viral drug when I was in high school.”
Alexander and Elena were college sweethearts, meeting at the university they attended. With a smile and sparkle in his eye he recalls the day their relationship begun. “When we got introduced the first time, we genuinely didn’t like each other. Still, as polite people, for a year or so, we were saying to each other “hi” running into each other in the school. Then, one day, with no apparent reason I saw before me the most beautiful girl in the world wearing a mini skirt and high heels. We got married a year later. We have been through a lot together; we have been through war zones. Now here we are 32 years and two beautiful children later.”
He says “why” he started his anti-cancer quest is not the interesting question.
“The interesting question is ‘Why didn’t I drop it many times when the times were rough, when I was running out funding and the establishment was turning their back to me?’ For sure, my family would be better off if at that time I dropped the project and moved to something more conventional. However, every time I was considering doing so, I asked myself a simple question: ‘What would I feel if someone I love is diagnosed with a deadly disease, and I would know that I had a chance to save this person, but I walked away, choosing a comfort of the moment?’ Every time I thought about it, I was continuing the struggle and then… something good was happening to the project and to me.”

“The establishment wants to convince us that a nuclear family is a feature of the past, the dark ages preceding the innovation era. In my case, it’s exactly the opposite. My entire work has been only possible and meaningful because of my family. If I had one thing to ask G-d for, I would ask him to give my sons wives as great as mine. I hope, one day my sons will be as lucky as me meeting and marrying a woman as loving, devoted, charming and virtuous as their mom.”
He is all smiles this week as they see all hard work coming to fruition.
“It’s somewhat of a paradox,” Shnieder said. “I am not a prince, but I have married Cinderella.”
Shnieder is the founder and CEO of Cure Lab Oncology in Boston, MA. Elenagen has shown great promise in recent international trials of patients with deadly triple-negative breast cancer, and ovarian cancer. Preliminary clinical results in deadly forms of breast and ovarian cancers have encouraged oncologists to expand the study to include hormone-resistant breast and metastatic prostate cancers. Trials including other forms of cancer will follow later.
So how does Elenagen work?
“The way that I think it works is that it changes the structure of the tumor, making it easier for the anti-cancer immunity to work,” Shnieder said, emphasis on the word THINK. As he explains later “A true scientist should be humbled remembering that Mother Nature’s way is always more complicated than the way we think of it”.
Imagine the anti-cancer immunity is a car, he says, trying to get us to our destination of being healthy again, putting it into lay man’s terms.
“The majority of other treatments would push on the gas pedal of the car to move forward with treatment. But at the same time, the tumor is pushing on the brake pedal of the car. Sometimes, no matter how much pressure you put on the gas, if the tumor has it’s foot on the brake, the car doesn’t move, and then the treatment doesn’t work,” Shneider said.
“What Elenagen is doing is removing the foot of the tumor that is pushing on the brake pedal. Obviously, the idea to move the leg off of the brake pedal is not new. However, our drug, Elenagen, is completely different in at least two ways (that he knows of),” Shnieder said.
“First, it makes it easier for immune cells to enter the tumor. It helps to open the gates of the tumor. You see, it doesn’t matter how many lymphocytes (good warriors) are floating around the tumors in someone’s body. It matters how well equipped warriors enter the tumor and then remain effective. Thus, the second mechanism Elenagen works through may be something like an old classic fairy tale where the warriors entering the castle are all falling asleep. In a fairy tale the warriors fall asleep because they hear an insidious song of a magic bird. In a tumor, lymphocytes stop working because they sense chronic inflammation. Chronic inflammation makes it very hard for lymphocytes to act even when they do penetrate. So Elenagen reduces the chronic inflammation inside the tumor and inside the body in general, so the lymphocytes can act.”
The Serendipitous way Elenagen Was Discovered…
Typically, scientists envision a mechanism (or a mode) and then look for a drug that works through this mechanism. As Shnieder says “Often, they pick a specific target and look for a way to hit the target.”
“With me, it was the polar opposite!” Shneider says with a smile. “I created Elenagen. Then I learned that Elenagen works on multiple mechanisms that complement each other. It works in ways I did not know and I did not predict. A huge element of Elenagen is a serendipitous discovery, and my main accomplishment was making observations and sticking with it. Initially, I had an idea about how Elenagen would work, but it was only partially correct. Usually Mother Nature works in a more miraculous fashion than what we can think of.”

“I had a drug, Elenagen, which is effective in fighting tumors. It worked in animals, but my team observed things happening, which Mother Nature gave us, that made me doubt if my original idea was correct. I was right for the wrong reason. Yes, Elenagen works, but not because of the reason that I thought it would. I may never know exactly how it works, but at that point, it doesn’t matter how, if it DOES work and prolongs lives,” Shnieder said.
Where some in the scientific community would say these results are invalid because we do not know the exact way that it works, Shnieder would say, this drug is proven to be a potential remedy for many different types of cancers.
Modern drug development process is largely a one-way street today. Shnieder sees the path moving forward as a two-way street.
“The current dogma of the scientific community says you have to know the mechanism first. It’s a one-way street from the mechanism to the drug. I think it should be a two-way street. The history of biomedical science will show us that many times our ideas are incorrect or incomplete. But if a drug works, like Elenagen does, we should not overlook it. So, I began looking for the mechanisms by which Elenagen worked.”
“I believe dogmas of the contemporary scientific community are sometimes a great disservice to humanity. It causes us to overlook many empirical observations that work, and would become long-awaited treatments” Shnieder said. “Science existed long before the contemporary scientific community and bureaucratic academic social infrastructure existed with their clichés and dogmas. Many people have confused what is science with what a social infrastructure and dogmas of the contemporary scientific community are. If that social system was correct we would not have the same old problems still killing people.”
Perhaps, there’s nothing more scientific than the way Mother Nature intervenes and sometimes leads a scientist to a serendipitous discovery that could prove to be a potential cure for certain types of deadly cancers.
More about Trials….
The CureLab Oncology team has completed its international Phase I/IIa Clinical Trials of Elenagen.
The vaccine demonstrated a high degree of safety as well as first indications of clinical benefits in a number of patients. A clinical study corresponding to phase II US trial is ongoing ex-US.
We are now preparing Phase II Clinical Trials within the US.
Elenagen, is a plasmid (supercoiled circular DNA) encoding gene p62/SQSTM1. Elenagen reverses tumor grade, changes tumor microenvironment,enhances the anti-cancer effects of other therapies (e.g. chemotherapy), mitigates chronic inflammation, and stimulates an immune attack on the tumor.
CureLab Oncology is a biotechnology company that is developing new anti-cancer biologics.
CureLab Oncology is committed to creating a family of revolutionary therapies for oncology patients in order to help prolong their lives.
To inquire, email info@curelab.com or call 1-609-841-1201.
By Kayleen Holder
Editor